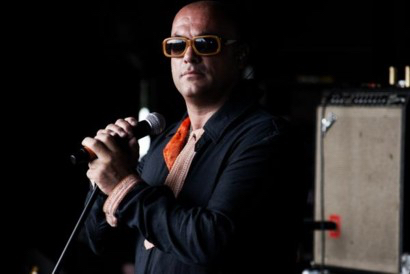 Any song which simply bewitches ears and imagination just has to be shouted out about and that is exactly what is happening to Butterflies, the new single from Wills & The Willing; we now joining in the chorus of lusty praise. The song is irresistible, its intimacy raw and honest, like an aural L. S. Lowry reflection, and its lively melancholic outcry of a chorus spirit rousing; a combination which simply and totally captivates.

Beginning to stir when poet/lyricist Ian Wills linked up with Brendon Taylor, Jesse Wood, Jason Knight, and Martin Wright late 2004 and bursting to life in the spring of the following year, Wills & The Willing has since seen a ‘revolving door policy’ in its line-up while coming under bigger spotlights over time through their gigs and two seriously well-received albums. Returning from an eight year hiatus with Wills joining up with Sean Genockey, Charlie Morton and John Hogg (Moke, Rich Robinson, Roger Daltrey) for its creation, third album Dream In Colour, released last year and spawning their new single, has been no exception.

Inspired by the town of Wotton Bassett and the tearful repatriations it embraced, Butterflies instantly tugs at thoughts and emotions as Wills slips through ears with his poetic craft to put the listener at the heart of the emotion drenched moment imprinted on people, thoughts, and history. That alone, as a single piano melody courts the words, is powerful enough but add a soaring spirit lifting chorus and there is no escaping a real sparking of the heart. The music is just as cinematic in its own way as the Will’s words, his reflection vocal in its honesty and stirring in its touch to transport the listener.

To be honest, no words truly echo the raw power and impact of the song, so allowing its melancholic beauty into your ears is the only thing we can further add and urge.

Butterflies is out now.