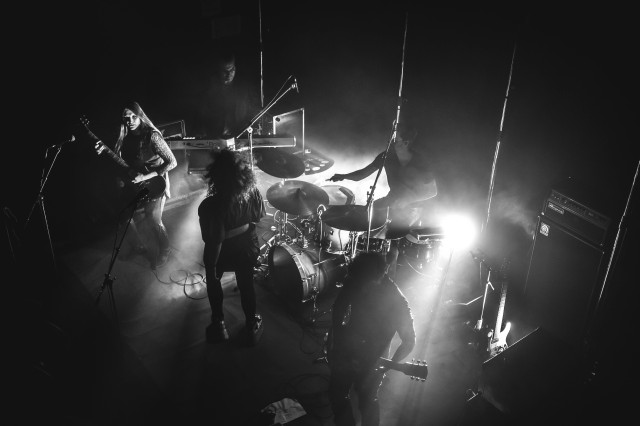 There is a boldness to French outfit Mils which is within every aspect of their sound and invention, a fearless creativity and spirit within songwriting and its imagination, their sound and its execution which makes  We fight We love, their latest EP, one compelling encounter and pleasure.

Based in Montpellier, Mils began in 2008 initially as a studio seated collaboration. The release of their debut album, Man is a lonely Soldier, in 2012 lured strong attention the way of the outfit, especially with its re-energised push the following year through Dooweet Records. Praise carrying reviews and a host of new fans came with its reboot; support accelerated by the single Come Home in 2015 which was the first release with recently joined singer Mélodie alongside lead guitarist Tristan, rhythm guitarist Cerise, bassist/keyboardist Jack, and drummer Ben. Weaving a sound inspired by a host of flavours from varied rock, industrial, electronic, and new wave landscapes, Mils create a proposition as unpredictable as it is intriguing, again the evidence vocal within the Thomas ”Drop” Betrisey (Samaël / Sybreed / MXD) produced We fight We love.

Looking at themes inspired by “the confrontation of man with his own emotions and with others”, the EP opens up with that earlier mentioned single Come Home. The early steely union of guitar and keys is quickly joined by the alluring tones of Mélodie, an engaging growl to her tones matching that of the sound which already reveals an array of spices in its brewing roar. Once hitting its broad stride, electro and rock melodies weave their patterns around the firm kiss of beats, a more intimidating edge added by bass and riffs as things only continue to blossom and evolve. The track is sheer magnetism and easy to see why its potent draw and success as a single as well as the anticipation it nurtured for the EP. 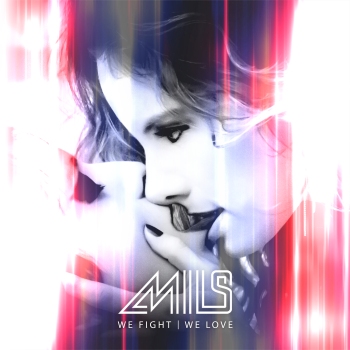 The outstanding start is quickly and as powerfully backed by No Body; it’s opening electronic glide across industrial textures a blend of M83 and Nine Inch Nails. Soon the impressive tones of guest vocalist Duja, from electro rockers MXD, are captivating, his rich darker presence perfectly united with Mélodie’s fiery presence. Carrying a great eighties essence, the track is as thickly compelling as its predecessor, almost lava-esque in its emotive and energetic heat yet masterly controlled and harmonically elegant within its potent smoulder.

It is fair to say that Escape had a hard task to live up to the first pair but soon has the body bouncing with its lively electro shaped, muscular rock ‘n’ roll. Again there is a tempestuous edge to the great vocal presence of Mélodie, an aggressive instinct as tenacious in the broadly textured sound and boisterousness of the song. If it does not quite match up to those before it, it is a paper thin size miss as body and appetite can attest to as they devour its spirit rousing incitement.

A mellower but no less dramatic embrace comes with next up Strange Night; the song’s climate electronically seductive but with a sinister hue pushed by the controlled but rapier swings of Ben. Reminding a touch of Danish outfit Forever Still at times, the track smoulders and boils time and time again across its inflamed landscape, never being anything less than one incandescent proposition.

The EP closes with the equally roasting climate and emotive power of Casus Belli. Though the song has a firmer rein on its fire it persistently singes ears and stokes the imagination; a blaze which may have not lit the fires within as others before it but brings things to a striking piping hot conclusion.

Like for us, Mils may be a prospect which is new to ears. We suggest that you swiftly change that situation through the forcibly impressive We fight We love; and as to those in the know, the band has just grown to major new heights which real attention surely can no longer ignore.

We fight We love is out now via most online stores.