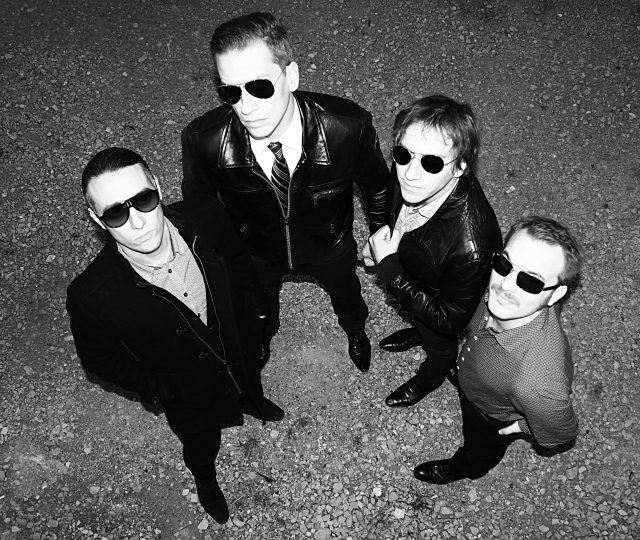 All work and no play makes…. well you know the rest though no one seems to have told French rockers Madjive. There new album suggests that it is Business first but it is a sentiment which does not stop the band taking the listener on a feverish, mischievous, and riotous rock ‘n roll romp which is all about fun, fun, fun…

Hailing from the east side of France, Madjive has been unleashing their creative devilry since 2008. As their third album reveals, theirs is a sound which evades guidelines and rules, Business first a cavalcade of various styles and textures woven into a proposition as punk as it is hard rock, as garage rock as it is funk. Across two previous albums, a trio of EPs and a split vinyl release, the band has only cemented and increased their reputation while live Madjive has stomped across the broad landscape of Europe to matching acclaim, sharing stages with the likes of Powersolo, Richie Ramone, The Phenomenauts, Fuzzy Vox, The Jancee Pornick Casino, The Inspector Cluzo, Nada Surf, Lords of Altamont, VCPS and many others along the way. Business first is the wake-up call to those yet to be infested by the outfit’s devilment, a boisterous and excitable encounter which would not surprise if it incited global attention.

Ignition program turns the album’s key, its scything riffs and tenacious beats wrapped in a vocal web before leaping into a punk rock stroll sparking the body into a blur of eager movement. The funk growl of the opener twists into the punk ‘n’ roll of I am addicted. Again guitars chop and entangle the senses with their agitated jangle whilst rhythms shuffle within the quickly established funk infested saunter of the song. Led by more lively vocals, it continues to bounce and infest ears with a persuasion causing reactions living up to its title.

Its masterful temptation is swiftly eclipsed by the salacious lures of Same bone; a feisty charge of bold rock ‘n’ roll with the growl of Rocket From The Crypt and the instinctive devilish catchiness of  The Phenomenauts. At barely a handful of breaths over a minute in length, the glorious pleasure is sadly sort lived but imposingly memorable and thrilling before A spooky bargain brings its own haunted impishness to the party. Hooks escape its imagination at will, keys and guitars alone conjuring seductive bait as vocals colour and incite proceedings with mutual dexterity. Hints of Neal Hefti, the creator of the classic Batman theme tease throughout; the adventure recalling his finest moment within creative shenanigans all Madjive.

The contagious punk rock of Kid bazooka bursts to life next, it too equipped with appetite piercing hooks and devilment before the album’s title track declares its intent with rousing vocal unity quickly joined by forcibly persuasive rock ‘n’ roll. The track feels like a prelude to the bigger picture of Draft, sketch and outlines, the meeting’s  minutes setting the tone before its successor twists and turns with forceful enterprise and garage punk meets funk rock roguery. At its final statement, a moment of jazzy rascality comes over the album and ears, its unexpected detour leading to the blues funk playfulness of I can’t complain, a track somehow managing to sound like a hybrid of Red Hot Chili Peppers, System Of A Down, and Kings Of Leon without making such influences more than a whiff of a scent. 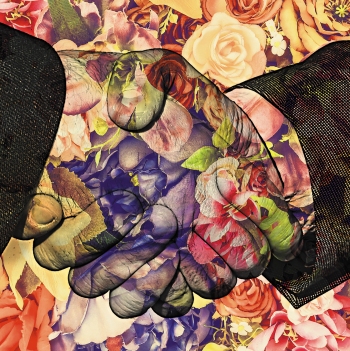 Both the previous tracks leave pleasure full if without quite at the heights of earlier tracks or found in the heavier rock ‘n’ roll of Rigged show. The track is a muscular and gnarly yet controlled and flirtatious encounter demanding subservience to its scything beats and sonic antics. There is hint of bands like Cheap Trick and Golden Earring to the song, but small hues in a certainly seemingly familiar but distinct escapade.

If the last song was relatively composed, We’re clear let’s manic traits fuel its character as it escapes speakers and the enslaving restraints of life to stir up body and imagination ready for the stormily sultry adventure of Desert peddler. The Morricone laced climate of the song is pure western drama, suggestiveness bound in similar descriptive intensity and artfulness to which Helldorado revel in, and quite glorious.

The album concludes with the vocal and melodic chicanery of Another guidance, a track trying to be composed and refined but it just cannot keep its punk heart chained, involving ears in a thrilling burst of garage rock high jinks with more than a keen nod to old school rock ‘n’ roll.

Business first, from its first dose of addictively satisfying and enterprising misconduct, inspires a hankering to get back with it as soon as possible, even before it actually comes to an end. It is a powerful lure from a stomp any fan of rock ‘n’ roll knavery will find a lusty appetite for. Throughout it does seem to persistently nag and remind of one band in particular, though one our thoughts have still yet to pin down, but Business first only announces Madjive as a band ready to stir up the rock world with inventive capers.

Business first is out now across most stores and @ https://madjive.bandcamp.com/album/business-first