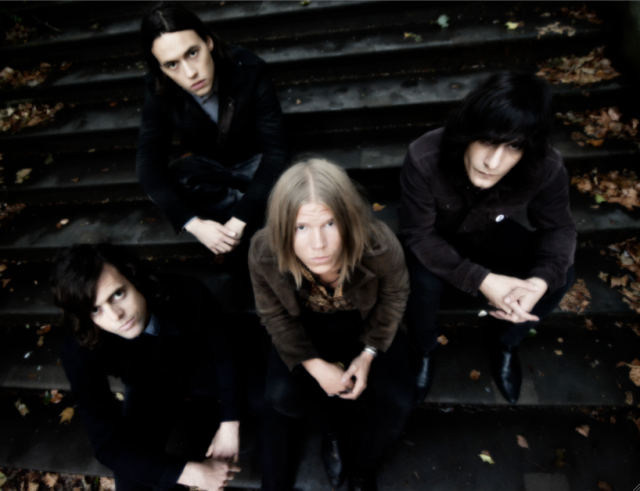 Merging sixties garage rock and psychedelic inspirations into their own inbred punk seeded invention, UK rockers The Pacers make a rather potent introduction to themselves with their debut single Losing Touch. It is a tantalising slice of suggestiveness which shimmers in melodic colour and sonic temptation like an aural kaleidoscope. Their name feels like it is a friend before a note is heard, something familiar now backed up and pushed deeper into the psyche through the captivating Losing Touch.

The Pacers was formed in the late summer of 2013 by vocalist/guitarist Alexander Friedl and lead guitarist Harry Stam, the pair meeting initially under “mysterious circumstances”. Uniting their shared interest in all things sixties, the duo began writing songs, subsequently enlisting bassist Jay Creswell and soon after drummer Jamie Yuan to the band. The quartet soon set about getting their sound and claws into the London live scene, playing venues primarily in north and east London and building up a quickly fevered and loyal following. Now a national appetite is about to be stoked with the release of the band’s first single, an encounter sure to catch the imagination of fans of The Stooges and The Stones amongst many more.

Losing Touch opens on a glorious eastern seducing cast by Stam, darker hues soon aligning to its fiery spicing on the senses. It is a bewitching start which becomes more eventful and resourceful as the expressive vocals of Friedl add engagingly dour textures to the quickly mesmeric and fascinating adventure. The more solemn lures of bass and beats similarly bring subtle but contrasting colour to the sonic tendrils perpetually climbing over ears and imagination with psych elegance and mystique. There is no doubting that the song enthrals from start to finish or that it relentlessly coaxes the listener into eager involvement.

In contrast to its more reserved seducing, accompanying track I’m Down is working away on feet and energy from its first breath; scythes of fuzzy guitar quickly courting the rolling rhythms of Yuan and moodier bait of Creswell’s bass. The instantaneous infectiousness of the song swiftly colludes with the rawer tone and air also enticing within its contagion, again The Pacers skilfully merging distinct flavours and tenacious endeavour in an increasingly persuasive tempting.

As relevant to modern rock ‘n’ roll as its sixties seeds, Losing Touch is a vibrant and magnetic first look at The Pacers and with a swift perusal at other songs on their Soundcloud account, the first of many we suspect.