Today we bring you some melodic thrash metal from Switzerland and a debut album which makes easy work of capturing the imagination as it storms the senses. The band is Infinitas, a quintet stirring attention for a while now but has really been luring ears and praise recently with their first album Civitas Interitus. It is easy to hear why too as the release soon reveals itself a web of creative intrigue and drama with a sound much more than that earlier description suggests. In its cauldron you will find as rich an essence of folk and extremes of metal as thrash with elements of power and gothic metal similarly woven into its inventive tapestry.

The band itself first emerged in 2009, formed by guitarist Selv Martone and drummer/vocalist Pirmin Betschart. Its line-up was complete by the following year with the addition of bassist Pauli Betschart, violinist Joëlle Sigrist, and vocalist Isabelle Sigrist. 2011 saw the departure of Isabelle but it was not until 2013 that the band found the right replacement in Andrea Böll. Two years from there Infinitas unveiled their first release, the Self-Destruction EP. It swiftly enticed awareness and high praise the way of the Muotathal outfit in a year which also saw Joëlle depart and preparation for the band’s first album begin with session musician Hanna Landolt providing violin across the 2016 recorded Civitas Interitus. Laura Kalchofner became a permanent member soon after but too late to record the album though she does play on its hidden track with her e-recorder and provide backing vocals in other tracks.

Released earlier this year, Civitas Interitus is a concept album centred round the city of Lunatris which to slim its history down is attacked and torn apart by demons. As its tale, the release needs little time to grab the imagination and intrigue attention with opener The Die Is Cast. A portentous air rises up around the unsuspecting city and populace, a lone voice aware of the dark tide looming over its skies. Peaceful melodies and harmonies rise up next, a deceitful calm bewitching the senses before Alastor opens the gateway for hellish hordes to descend and ravage. Instantly a flirtatious groove grips ears and appetite, the swiftly striking vocal adventure and dexterity of Andrea riding its swing. There is a Toyah like essence to her voice across the album which only adds to her magnetism, an equal attraction just as potently conjured within the song by Selv and Hanna’s melodic often acidic adventure.

It is an outstanding first surge into the psyche, that mix of styles a web of compelling trespass and just as enticing within the following Samael. The song is maybe less bold in its invention than its predecessor but just as fascinating and arousing with the backing tones of Pirmin a fine raw contrast to Andrea’s melodic roars. With rhythms a senses plundering prowl and the violin scything spicily across their bows, the song only enthrals before Labartu ventures into the eye of the storm with its melodic oasis again surrounded with ever enclosing threat. It is an escape though only into the diseased psyche and arms of its particular demonic devouring, the sounds a corrupted fusion of celebration and cancerous rapacity as virulent as a plague.

Its irresistible dance is matched by the instrumental symphony of Aku Aku, a piece of melodic beauty with floating harmonies which gives respite from the tempest soon escalated by Skylla and its siren-esque sonic  waters where again melodies tempt and violin coaxing suggests as vocals narrate pleas and acceptance of an inevitable outcome. Both tracks grip attention with their infectious attacks and imaginative twists and turns, the second an especially adventurous flight of sound and emotion.

The outstanding Rudra curses the senses next with its death/folk metal twisted tempest, defiling and seducing them with its climatic roar while being sat astride by Andrea’s striking presence. With thrash bred riffs and toxic grooves infesting song and listener, the track simply grabs the passions to add another lofty peak to the landscape of Civitas Interitus, a plateau equally graced by the Celtic bred Morrigan. From its poetically dark entrance, the track stomps like a tribal dervish, those Irish hues inciting rousing crescendos leading to symphonically seeded venomous claws. As with all songs, there is a great unpredictable edge and uncertainty which never lets expectations get a hold, only intrigue and a hunger to further explore.

The album is finished off by firstly Amon, a song and entity hard to know whether to fear or embrace but one which is impossible to resist and avoid being enslaved by such the instinctive swing and creative maze of the proposition, and lastly through A New Hope, where the native tongue of the narrator leaves words unknown but sentiment open as a sunset of melodies and chants descend. Actually it is not quite the last breath of the album as from its lapping waves that hidden track erupts to add one final pleasurable adventure to the album’s creative theatre.

Before Civitas Interitus was sent our way we had not heard even a whisper of Infinitas; it is something we suspect a great many will be in the position of but for not much longer we suspect if the band’s fiercely enjoyable first album gets the attention and acclaim it undoubtedly deserves.

Having been seduced and drawn deep into the musical heart of Circles by The Compass EP two years ago, it is fair to say we had like so many, a near lustful anticipation for the Australian progressive metallers debut album Infinitas. The EP was one of those introductions to the senses which came with an instant understanding and emotional connection which is long-term. The new album proves that the hunger and high expectations before its unveiling was justified, the twelve track fire of striking creativity and startling craft a scintillating and breath-taking adventure.

Formed in 2010, the Melbourne quintet first drew attention with their demo Prelude released in the same year, though it was with The Compass that they found a trigger to ignite the widest attention around the globe. Released like the new album via Basick Records, the EP confirmed and elevated the strong reputation already earned by the band from their first release and live performances. Two years in the making, Infinitas emerges as a stunning evolution and expansion of the band’s already impressive sound and unpredictable imagination, a release courting and crossing numerous styles and flavours to create something which is an intriguing mix of full uniqueness wrapped in a call soaked in undefined familiarity, the band knowing what feeds the needs of the appetite but creating it with a wholly original and inventive invention. 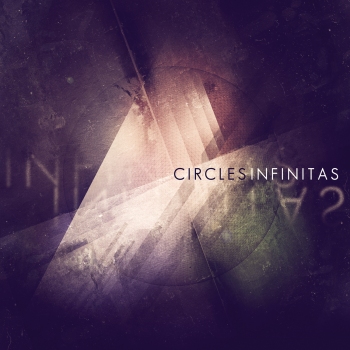 embrace their welcome with his ever striking tones and delivery. With evocative harmonies and wakening guitar strokes bringing Erased fully into view, the song opens up its charms with a potent design before riffs and rhythms unleash their inventive sculpturing of sound and air. The djent whipping of the ear is an immediate enslavement, the craft of guitarists Ted Furuhashi and Matt Clarke a sturdy charge with slithers of sonic enterprise spewing from the depths of their full persuasion. The track twists and writhes across its length, electronic strikes adding a sense of The Browning to moments of the opener whilst the drum craft of Dave Hunter and the soaring delivery of Kakridas fuel further the already awoken appetite for the invigorating start.

The following On My Way backs up the immense start with ease, though the opening almost boy band like vocal caress was disturbing before its brief tenure was splintered by a raging ferocity of riffs. As with all songs any element is a passing wind and the track is soon striding through a constant turning and weaving of imaginative discourse and captivating adventure. Circles always crafts a woven ‘pop’ infectiousness into their songs, a ridiculously contagious temptation which works perfectly within the intensity and here is no exception, the song a magnetic lure with limb and voice drawing potency. Seduction and senses chewing abuse is the order of the situation, the latter equally the driving force to the sensational As It Is Above which launches its prowess next. The track opens with a carnivorous rabidity to sound and vocals, it a perpetual aggressive provocateur around which the band casts a melodic and atmospheric enthrallment which leaves thoughts and imagination floating off in their own realms before being ripped from the peace back into the intensive muscular tempest.

Band and album immediately provide another fire of brilliance through So It Is Below and Another Me. The first of the pair is similar to its predecessor in its united bestial and mesmeric spellbinding of the senses, riffs carving out their dramatic canvas whilst a vocal fury raids the surface as the bass of Drew Patton prowls and preys on the ears with an irresistible rapacious presence. It is a simultaneously crippling and hypnotic temptress of a song which leaves you submerged in its explosive venture. Its successor is the first single from the album, a track which has been laying down a ridiculously irresistible teaser to the album for a while now and even with its now full familiarity still makes another pinnacle within the company of the other tracks.  It is a pop cored track, a melodic infection with a ridiculously addictive chorus which lies upon a rippling, snarling maelstrom of violent ingenuity and ruinous intrigue. The blend is sensational and provides another major highlight in a plateau of nothing but riveting highs.

Through the electronically speared Ground Shift, a kind of Faith No More meets Enter Shikari and Meshuggah, the sonically dazzling Responses, and the emotively sculpted Visions, the album continues to impress even if without reaching the heights laid out before them whilst the elegant Radiant soaks the ears in a distinctive incendiary beauty bringing new corrosively seductive flames to the release. The track is an excellent blaze which has moments of pure enslavement of the passions and others where it merely impresses for the fullest enjoyment, which is a success any band would dream of.

Wheels in Motion takes little time in thrusting Infinitas up further levels in the passions with its melodic rock and progressive metal narrative alongside absorbing technical imagination; the songwriting and track a ravishing exploration of exquisitely hued sounds and emotions.  The Signal climbs even deeper into the heart with its rhythmic and melodic incantation which caresses like a lover and enthrals like the fullest sunset. It is a brief rapturous encounter which leaves the sonic torrent of beauty and incitement that is Verum Infiniti to conclude a quite outstanding and enlivening album. Infinitas is a masterful encounter, a release which outshines the already high hopes and expectations which bred in thoughts before its arrival. Admittedly its middle passage slips below the extensive heights which top and tail the album but that is due to the pure excellence of the other tracks  and cannot prevent Circles providing yet again one of the most sensational and thrilling triumphs to grace ears.