Radiating out from their home town of Guildford, there is a buzz around British alternative rock outfit Icarus Dive that simply teases attention. It is suggestiveness though which will become a demand if they continue to offer and grow even more potent from new release, Among The Thorns. Four tracks of creative adventure aligned to mischievous imagination, the EP is a joy to ears and unpredictability providing plenty to be truly excited by.

The release is headed in order and irresistibility by Hydra, a track which is pure creative theatre. Zooming in on a sonic wave as a vocal barker announces its and the band’s arrival, the song swiftly strolls through ears with a gait as much a sinister prowl as a celebratory saunter. Grooves immediately wrap around ears, seducing as the rapier swings of drummer Louis Nanke-Mannell slice through the moody lines cast by Harry Crowe’s bass. The equally captivating lead vocals of guitarist Joe Crook trigger a new swagger of sound flooded with drama as too is its accompanying harmonic backing. There is a definite Muse like spicing to the moment but as throughout the track, Icarus Dive breeds their own individuality to lure ears and appetite like a moth to a seductive beacon. The track is superb, twisting and turning with zeal to perpetually surprise and captivate. 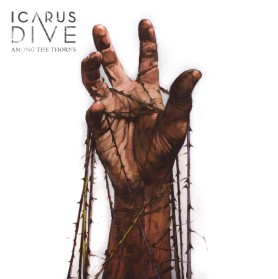 Such its dynamic craft the following trio of tracks are simply eclipsed for personal tastes but starting with Murder and Lies, each offers their own fiercely enjoyable and compelling adventure. The second track coaxes ears with a simple niggle of guitar which is quickly joined by the ever alluring tones of Crook. It is a low key but gripping coaxing that escalates in animation to entice darker hues from the bass alongside the crisp dancing beats of Nanke-Mannell. As within its predecessor, melodic craft and rhythmic verve sparks expectations squashing vitality, the track constantly a fire of adventure and imagination further ablaze with almost vaudeville like drama aligned to boisterous energy and fun.

Mesmerised is next revealing harsher wiring in its initial encroachment before springing into an emotive glide with a whiff of bands like KingBathmat and Zedi Forder to it. Whereas the first pair of songs made an immediate compulsion for ears and lust, their successor took its time to truly blossom but time which only ensured success as the band’s ideation and individual prowess united in another flame of aural temptation.

The EP ends with The New Gods, another relative slow burner in comparison to those before it but quickly a web of magnetic enticement nurtured by the snare of guitar wires alongside inviting but almost predatory rhythms. Crook’s vocals just escalate the trap of fascination and contagion as the song completes a thoroughly striking and richly enjoyable encounter.

Among The Thorns is the introduction of one thickly promising and already strongly impressing band to national attention though it is easy to think recognition and praise is not going to stop there.

Among The Thorns is out now across most major stores and @ https://icarusdive.bandcamp.com/