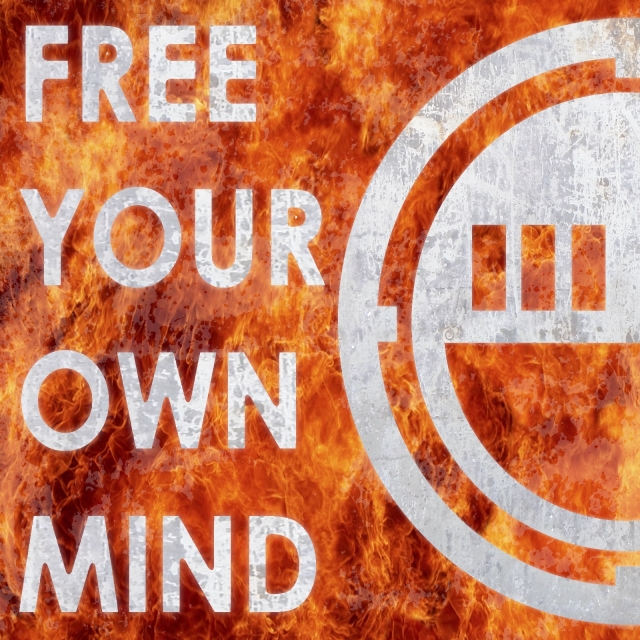 The Open Eyed Dreamer is the solo project of Bracknell hailing Steve Fearon, the former frontman of the strongly missed British industrial rockers Ghost In the Static. The Free Your Own Mind is the debut EP from that project which was in many ways an idea and presence predating Fearon’s previous band. In the words of the man himself though, “For a long time, The Open Eyed Dreamer was nothing more than a persona, a mask worn on stage, someone sung about in Ghost In the Static Songs.” With the striking Free Your Own Mind the first ‘words’, The Open Eyed Dreamer is now Fearon’s voice against a world where “power is misused and misappropriated by those who hold all the card.”, and a release for his inner anger.

Fusing electronic incitements with raw rock and melodic pop textures, Fearon’s sound and EP is an attention grabbing blend of extremes and differing textures. It roars in defiance, snarls with antagonism, both lyrically and musically, but equally seduces while inflaming body and imagination with vibrant melodies and tenaciously infectious hooks. The heart and thoughts of Fearon and songs are unmistakable, their bite and contempt at the injustices running and ruining the world forceful but bound in music and imagination which forcibly but contagiously suggests and highlights without ever breaking into the realms of preaching.

Free Your Own Mind opens up with Press Enter To Continue and the line, “This is a bed time story but not for the innocent; you know what you’ve done and what it meant.” As big portentous beats accentuate the moment and the gentle but open inescapable challenge of that simple line, synths begin to rise and bring their intimidating sizzle to the brewing provocative drama of the brief opener.

The attention and imagination seizing start leads to the magnetic lures of Simple People where instantly it too is wrapped in dark shadows and an oppressively evocative ambience. Simultaneously Fearon’s vocals unveil the track’s narrative and emotion with rich expression and the enjoyably familiar style that helped make his previous band a potent proposition. Warm flowing melodies align to catchy beats as hooks just as magnetically blossom within the darker climate of the song, all seducing and igniting body and spirit as firmly as its tone and words spark the imagination and emotions.

Inspirations drawn upon by Fearon include, among many, the likes of The Prodigy, Gary Numan, NIN, Cease2exist, KMFDM, Infected Mushroom, and Combichrist. They are essences which in varying degrees you can sense across Free Your Own Mind. Third track Waiting though, has a hint of fellow UK band MiXE1 to it, something after investigation unsurprising when learning the song, the only one not solely written by Fearon, was created with Michael Evans of MiXE1 and Defeat’s Gary Walker. The pair also physically feature in the song; Evans’ vocals easy to spot within moments as they provide an excellent companion and foil to the equally impressing and darker tones of Fearon. The song is superb, a swiftly captivating persuasion with also a touch of the Walker Brothers to its melodic and emotional atmosphere. Synths paint a just as potent and dramatic picture as the vocals and lyrics, a combination which infests and lingers in appetite and memory.

It surely has to be the lead track to draw newcomers into the project, though The Last Revolution provides a just as commanding and gripping proposal next. Its shadows are far darker than its predecessor and in some way, especially rhythmically, its drama even bigger and bolder as the song envelopes ears and thoughts. There is also a great predacious nature to a track which at times feels like it is stalking the senses; nudging and imposing on them as an instinctive volatility inspires scything strikes of beats and keys for another resonating incitement.

The EP is brought to a close by The Final Photograph, a smouldering electronic caress with sonically blistered skin veined by melodic and vocal coaxing. The gentler wash of synths and sonic suggestiveness also has an inbred irritability which subsequently erupts and fuels the track’s volcanic and galvanic climax.

It is a fine end to a great, I guess, introduction to The Open Eyed Dreamer. Fearon calls Free Your Own Mind his “call to arms” and indeed it is an arousing of the listener in many irresistible ways.

The Free Your Own Mind is out now @ https://theopeneyeddreamer.bandcamp.com/album/free-your-own-mind 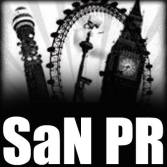