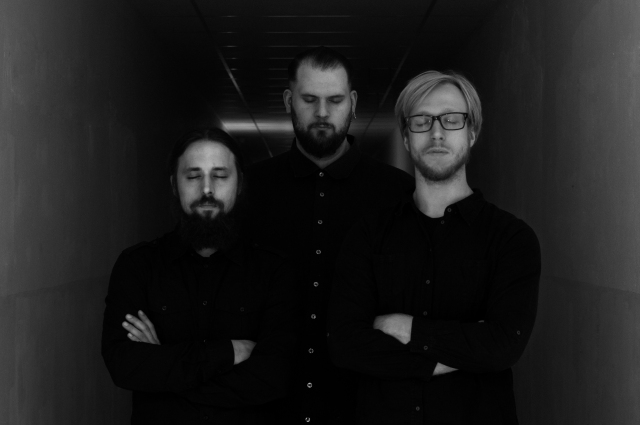 Two tracks of atmospheric intensity, A Blackened Planet, the new EP from German instrumental band Twinesuns, bridges their acclaimed debut album The Leaving with its forthcoming successor, an epic full-length exploration destined to be over 100 minutes of incitement. The EP is also an offering from the band created as a thank you to their fans, a free invitation to another startling, psyche twisting adventure sure to recruit even stronger attention and support to their striking presence.

Hailing from Bielefeld, Twinesuns emerged from a creative union between baritone guitarist Christian ‘C.’ Braunschmidt from hardcore/post metallers NVRVD and ex- Kinsai/DNAmplified guitarist Thor Ohe. Their intent was to sculpt heavy music with no restrictions and reflected their creative passion. It was an aim soon realised in impressive style and acclaim through The Leaving last year, a five track prowl through the darkest, haunted textures and depths via a fusion of corrosively evocative drone and doom. A Blackened Planet is made of the same imaginative trespasses but a metamorphosis of the album’s sound spawning its own unique and inescapable soundscapes of ruin and seduction. The EP also sees Renzo T. Especial, the vocalist/keyboardist of Swizz band Abraham, bringing his potent and now full time Moog synthesizer explorations to the band and their new disturbing investigations. 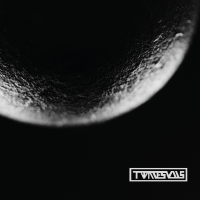 A Blackened Planet begins with Kosmos, a single resonance of C’s guitar the seed to a slowly but portentously emerging embrace of spatial darkness. Like an eye opening upon a distant but perpetually encroaching and broadening world, ears are drawn into the busy and inviting lure of life, their passage caressed by keys and minimal but provocative melodies. All the time though, intimidating shadows court the unveiling until igniting like venomous gas into a ravenous sonic cloud of threat, oppression, and toxicity. The track proceeds to envelop the senses and corrupt the imagination, its weight and malevolent hue thickening with every caustic hug and poisonous smoulder on ears and psyche respectively. It is a rabidly disturbing encounter, is slow invasive prowl, another hallucinogenic and cinematic devouring which in some ways is a touch mellower than the songs making up The Leaving but even richer, darker, and more predatory.

The EP’s second track is just as open and cryptic as its predecessor, again allowing the listener’s imagination and emotions to twist and cultivate the track’s forceful suggestiveness as they wish. Whether The Lodge is a sanctuary from the hungry ruin around it or the gateway to a greater pestilential invasion is for the imagination to interpret and band to tell, but again from a doom fuelled sonic shimmer squirming with suggestive intrigue and undefined danger, the piece expands into a nightmarish haunting permeating every pore, cell, and feeling.

Both tracks are glorious, a challenge and inspiring treat for ears and thoughts simultaneously, and supported by a just as gripping and imposing live version of Die Drei Gesichter Der Furcht, a song from the band’s first release revealing that the band’s live presence is just as corruptive and unmissable . A Blackened Planet is another fascinating and spellbinding raw world from Twinesuns which taking its proposals as a sign of things to come, ensures their new album cannot come soon enough.

A Blackened Planet is out now as a name your price download @ https://twinesuns.bandcamp.com/album/a-blackened-planet-ep 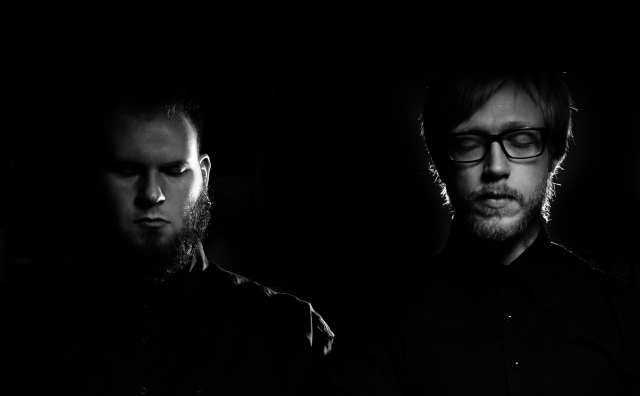 Mesmeric and disturbing, like the sinister soundtrack to an invasive inescapable dream, The Leaving is an encounter to equally fear and embrace. Consisting of five extensive examinations of the psyche, the debut album from Twinesuns explores the darkest haunting textures and depths through a fusion of drone and doom within just as imposing stark and ravenous ambiences. Surreally cinematic and corrosively evocative, the release is an experiment in thought provoking sound and cryptic emotion, a hallucinogenic nightmare devouring senses and imagination.

Twinesuns is the result of a union between C (NVRVD) and Thor Ohe (ex- Kinsai, DNAmplified), the pair coming together to play heavy music with no restrictions and that reflects their creative passion. The band says in the accompanying promo to the album, ‘The idea behind THE LEAVING, or more essentially in the foundation of Twinesuns, was to create music that basically allows it to be everything that both of us – as a band like. We wanted to break free from all these rules that dominate today’s heavy music. Why is there a need of rhythm or drums? Why can ́t there be mistakes on a record (since it’s a very natural habit to make mistakes)? Does heavy music need vocals? Why do there have to be different parts and always the same structures in music? Why can ́t we play the same riff for 10 minutes? We wanted to ignore all these guide lines and create something for us, something that would primarily fit our taste and understanding of music and art.’ The album also sees the addition of Abraham’s Renzo Tornado Especial providing moog designs within the caustic and distortion washed sonic incitement of the band. Mixed by NVRVD ́s bass player and C. ́s brother Stefan Braunschmidt, and mastered by Chris Johnson, The Leaving is the rawest, starkest, and most viscerally honest proposition likely to be heard this year.

Recorded live in an eight hour session, the album opens with Epithome. Its emergence is enchanting as it slowly unveils itself from 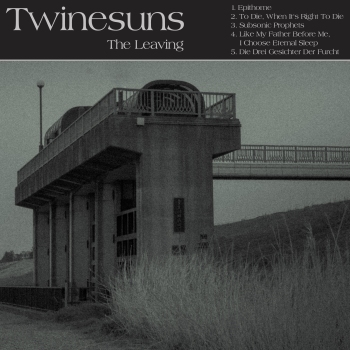 within a background of sonic whispers. A melancholic guitar caress tenderly strokes senses and thoughts initially, its repetitive sigh as magnetic as the twisting shadows creaking and unfurling their own bait behind it. The textures within the song continue to darken as they evolve sinister noir soaked and increasingly vocal temptations. The rapacious scenery of the track eventually consumes the beauty, sonic torches and distorted courting swamping ears and emotions as danger leers at their submission in every turn of sound and an electronic smothering. The track provides a suffocating and intensive realm for thoughts to interpret and explore though in many ways it is just the taster for the tempestuous torment of To Die, When It ́s Right To Die.

The second track reveals its doom sculpted muscle from the opening seconds, its throaty predation and sonic toxicity invading every synapse and thought. Within a breath the track has the listener in the belly of a cavernous leviathan of sound, its scenery drenched in a primal tenacity aligned to a carnivorous drone. It is a monstrous provocation, an unrelenting erosion of emotions but infectiously hypnotic as it lures in further examinations of ideation and emotions by the mind.

Neither Subsonic Prophets nor Like My Father Before Me, I Choose Eternal Sleep show any respite in the invasive potency of the album, the first casting an exhausting rabidity to its insatiable sonic scarring and ravenous low ended hunger whilst its successor explores the eye of the storm, investigating the creative jowl of the beast to bring another diverse and intriguing expanse to the release. With both though, as with all tracks, the pair of musicians add nuances and understated but open movements to the dragging journey of tracks to flirt and continually inspire re-evaluations of the narrative within the imagination’s canvas emotions.

Die Drei Gesichter Der Furcht brings The Leaving to a close, its premise and haunting presence arguably the most compelling and distressing of all the tracks. Its ‘peaceful’ entrance is similar to that of the first song, and also like that eventually immerses the elegant if intimidating intrigue of sound with a predatory and intensive menace. It continues to stalk right through to its conclusion, never leaping at the distressed emotions and thoughts, just offering a repetition of emotive intimidation and sonic venom. It is a glorious end to an outstanding album.

Certainly The Leaving takes its pound of flesh as you stand within its at times almost too demanding consumption, but the rewards for mind and soul are constant and increasingly stimulating over each subsequent encounter. Twinesuns is a project breeding fearsome and fearful adventures, long may they continue.

The Leaving is available now from Hummus Records @ http://hummusrecords.bandcamp.com