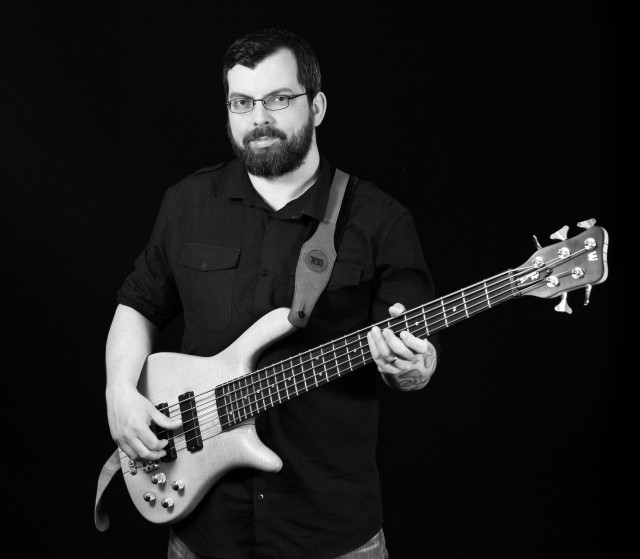 Catching up on another release appearing towards the rear of 2015, we offer up the self-titled album from Hedfuzy as a proposition to seriously consider investigating, especially if progressive rock gets the juices flowing.

Hedfuzy is the solo project of Irish multi-instrumentalist Pat Byrne and its debut album a captivating progressive adventure of melody thick and magnetically tenacious rock ‘n’ roll with a rousing contagion to it. The musical history of the Limerick musician includes touring at the age of 17 with Celtic Fusion, followed by experience building exploits touring and recording with bands such as rockers Kraven and reggae outfit Jeffonesta as well as playing bass on some of Delorean Suite’s current release Two Lives. Now Byrne is ready to ignite attention and ears with his own solo proposal, recruiting additional talent from Shardborne’s Ben Wanders, Delorean Suite keyboardist Graham Conway, guitarist Graham Keane of The Vicious Head Society, and guitarists Mike Moriarty and Cameron Allen to bring his seriously engaging songs to life.

Mixed and mastered by Chris Collier (Prong, Lynch Mob, KXM), the Byrne produced album opens with Sing which quickly coaxes ears with an enticing lure of guitar. Settling into an energetic stroll as Byrne’s potent vocals sit invitingly upon his blend of melody fuelled guitar and keys, the song soon begins to swing with a gripping catchiness aligned to a darker shade of similarly lively and eager bass led rhythms. With eighties seeded air reminding nostalgically of Modern English and currently David J Caron veined by fiery progressive enterprise, the track is a rousing start to the album quickly backed by the muscular persuasion of Snakes. Melancholic keys offer the first suggestive caress, Byrne’s vocals swiftly adding to the alluring start and in turn followed by a thicker smothering of riffs and rhythmic theatre. It is a potent collusion of textures which again has infectiousness running through it as heavier and darker shadows envelop the senses. 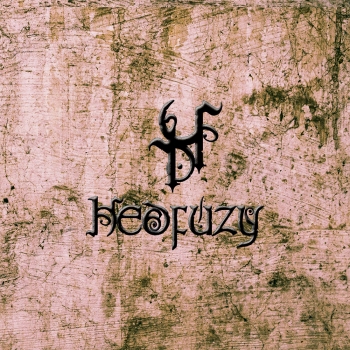 The creative and physical skills of the artist persistently ignites ears in the song and album but always without offering any indulgence to temper their strength or the organic creativity impresses in the likes of How To Tear Your World From My Head. As the third song begins to flows through ears, initially bass pulses the lone dark protagonist in a misty glaze of harmonic and melodic tempting, things quickly come to boil as rugged rhythms and gravelly riffs collude with wistful keys, provocative guitar, and jazzy bass. The result is an eventful and at times volatile landscape of stirring invention and compelling craft keeping the imagination as busy as ears whilst pushing the already impressing stature of the album to new heights.

Mine brightly shimmers with melodic and vocal expression next, it an alluring serenade of melodic rock with the flavoursome essence of UK band The Inner Road to it as it settles enjoyable between the more raucous and dynamic exploits of the previous roar and The Death which follows. Not as dark as expected, the new track is another beacon of resourceful composing and boisterous musicianship lined with a craft and imagination which has body and emotions eagerly engaged.

The emotive croon of When I Come Back Down is open evidence of that core prowess in songwriting and emotion, and diversity as with This Broken Throne, a grouchy but again wholly virulent roar of aggressive rhythms and sonic adventure laced with the impressing vocal tones of Byrne. A thrilling and fluid mix of Squidhead like cantankerous metal soaked in a warmly reflective exploration of melody and voice, the track is as absorbing as it is anthemic before a mellower proposition in Name comes in. With winy melodies and atmospheric drama within again an intensive proposal of bass and rhythmic confrontation, the song carries a touch of Johnny Wore Black to it, captivating and stirring the senses from start to finish before leaving the album’s outstanding title track to bring things to a ferociously dynamic close. The instrumental is glorious, a brawling seducing collage of sound and textures woven into an anthemically fiery and exhaustingly exhilarating tempest as virulently incendiary as it is dramatically provocative.

Hedfuzy is an album to light up any day and the band a project which, even with Byrne seemingly perpetually in demand, the man soon appearing on the debut album from Irish progressive metal band The Vicious Head Society alongside keyboardist Derek Sherinian (Dream Theater, Black Country Communion) and drummer Kevin Talley (Chimaira, Suffocation), we can only hope to hear a lot more from.

The self-released Hedfuzy is out now via Amazon.