For those who may not know who you are, introduce yourselves quickly.

Hello this is Anthony Kaoteon talking to you about my new project Death Tribe as we have released the new album in 22nd of February https://deathtribeofficial.bandcamp.com/releases

Describe your sound in as few words as possible.

It is big. It is intense. It is diverse. It is metal.

Who are your three biggest influences as a band?

What’s the meaning behind your band name?

I wake up every day grateful that I am still breathing, and this has given me the motivation to do the best with my time as our time might come at any moment. This is why I decided to create a tribe that reminds themselves of death and how fragile humans are so that we celebrate every single breath.

How did you approach the new album in terms of writing and recording?

I wanted this record to sound diverse and enjoyable from beginning till end instead of having one static genre. This is why you can find tracks from black ’n’ roll, death metal to groove metal and they still stick together like a solid unit which makes it really interesting.

Do you have any personal favourite songs on the release?

Every now and then my favourite changes depending on the mood.

Explain the meaning behind the album title, ‘Beyond Pain and Pleasure: A Desert Experiment’.

Relative to the idea that we might die any second and when you have death on your mind at every choice you realize that there is no pain or pleasure just experiences. Hence the first part of the album title and the second part is paying homage to an event that happened in Dubai where various talents from the region got together to play music regardless of their cultural differences which was an influence for me to have multiple artists on the album.

Do you have a current video in support of its release? Describe the concept of the video.

The video concept is derived from the lyrics and how hollow and shallow life can be. I went for an animated video to best deliver the message.

Do you have any live dates lined up at present?

What are your favourite songs to perform live?

‘Hollow’ and ‘Beyond Pain and Pleasure’

If you could open for anyone, who would it be?

Today it would be great to open for the likes of Behemoth, Gojira and Slayer on their last tour.

Any comical stories from your time as a band you can share with us?

Not that I can think of

More music, more metal, releasing KAOTEON third album with Adrian from At The Gates on drums and Linus from Obscura on bass. 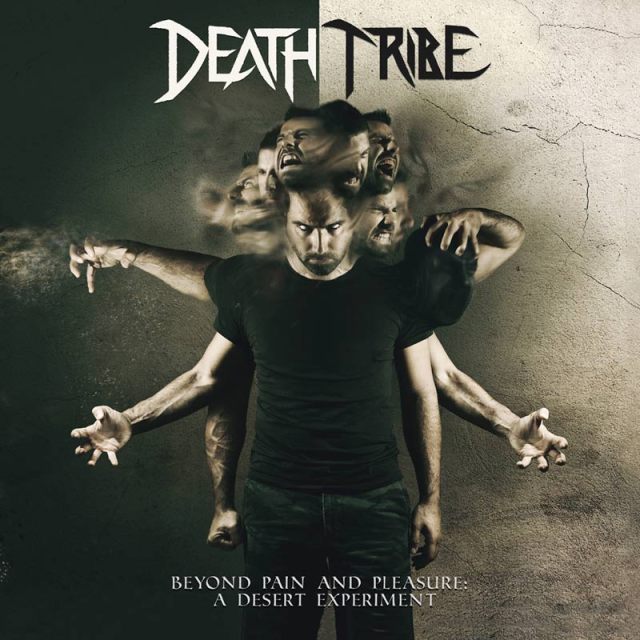 Find out more about and from Death Tribe @ https://www.facebook.com/DeathTribe.Official/