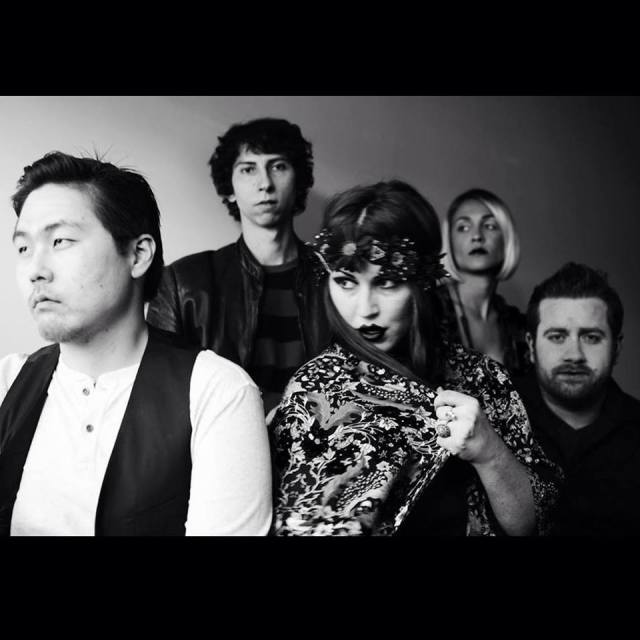 The debut album from Californian dark poppers Feral Kizzy is simply an aural playground, a landscape of musical roundabouts spinning through modern tenacity and invention and creative swings whooshing across eighties new wave and jangle pop. Slick Little Girl is soaked in originality and nostalgia, a mix providing a riveting and thrilling treat ultimately cast as something unique to the Long Beach quintet; and something very easy to get addicted to.

Formed in 2010, Feral Kizzy consists of five musicians uniting a rich variety of inspirations in the band’s sound. References have been made to Patti Smith, Concrete Blonde, the Yeah Yeah Yeahs, and The Cure, though the one band which comes to the fore more than most, whether an influence or not, is eighties US band Pylon, especially their first album Gyrate. As suggested all spices and essences are evolved into something new but there is certainly a potent and enjoyable similarity in textures, sound, and unpredictable invention. With some guest contributions from bassist Hannah Smith Keller and Hannah Blumenfeld (Jail Weddings, White Murder) on violin and cello, the five piece of vocalist Kizzy Kirk, keyboardist/vocalist Brenda Carsey, guitarist Johnny Lim, drummer Mike Meza, and bassist Kevin Gonzalez perpetually explore their and the listener’s imaginations within Slick Little Girl, and fair to say they leave major pleasure in their wake.

Opener Lapdog Apparition needs little time to lure ears and appetite with its potent charms, a thumping initial beat casting the first hook swiftly assisted by a jangle of guitar and the saucy shimmer of keys. Quickly into a magnetic stride the song swings along with sharp twists, subsequently slipping into a more fluid and mellower enticement then just as easily coming out of it and starting the cycle again. A tinge of the Au Pairs flirts with thoughts as it continues to dangle bait and enterprise through ears, though it is the delicious B-52s like detour which seals a lustful deal with emotions through its Rock Lobster like tease. 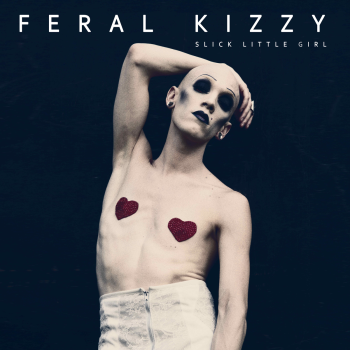 The track is creatively irresistible, a major flirtation matched by the band’s new video/single Community Service. A throbbing Cure like bassline sets things in motions, whispers of guitar lining the entrance of vocals with Kirk alone an enthralling invitation and in union with Carsey, inescapable tempting. The song proceeds to spin a web of tantalising vocals and hooks as its rhythms offer a shadowed prowl against the more celestial flight of the keys. It is captivating stuff, an inventive weave of textures and melodic infection, with the description of Xmal Deutschland meets Throwing Muses and indeed Pylon a canny hint.

The Way We Are has a fine line in guitar jangle and spicy melodic imagination backed by another addictive dark rhythmic baiting from Meza and Gonzalez, whilst vocally a Debbie Harry like whisper clings to the expressive roar of Kirk. Matching the invention and lures, Carsey breeds a pungent waltz of persuasion with fingers on keys too, it all colluding in a busy and thick dance of jangle pop before making way for the melodic caress of Sally and the Emcee. A gentle saunter equipped with rawer, incisive edges, the song is a provocative croon which thickens with every passing chord and beat until filling air and ear like dense melodic smoke. It persistently smothers the senses and seeps into the psyche, seducing with increasing effect over every play.

With a similarly sculpted canvas Lament comes next quickly breeding its own distinct character with a bluesy tang and citric adventure of spatial keys. The track is mesmeric but with a fire in its belly leading to a feisty rock tenacity driven by masterful riffs and hooks from Lim. Again sounds from earlier decades entwine with a modern invention and freshness, culturing something as much psyche pop as it is punk rock. From one album pinnacle to another with the scuzzier Life Associates which straight away is a more forceful and rugged proposition through the snarl of bass and guitar alone. Again there is a punkish element to the song’s roar and a sultry kiss to the melodic endeavour on offer, something like Siouxsie and the Banshees merged with Martha and The Muffins a strong reference, though as across the release, songs come with Feral Kizzy originality which argues against any comparisons as much as it sparks them.

More blues bred twangs grip the guitar enterprise in Not My Mind, the spicy coaxing quickly engulfed in the melodic poetry of keys and attention grabbing vocals. Though it does not quite light the same rich fire in ears and thoughts as its predecessors, the track reveals yet another side and depth to the songwriting and invention of the band, its body a volcanic fusion of sounds and textures which never erupts but is a constantly imposing and gripping incitement unafraid to unleash the heat of its heart.

The Dinosaur flirts and sways with sixties garage pop captivation and indie rock mischief next, flirting with body and thoughts from start to finish and never relinquishing its tight vivacious hold until passing the listener over to the just as ingeniously compelling tempting of The Skin Is Thick. A darker but no less boldly imaginative encounter, the song winds around ears like a lithe temptress, constantly stirring up shadows and deep rooted instincts through heavy seductive tones of bass and enchanted keys spilled drama. With vocals also on a resourceful intent to enthral and enslave, the song makes an impressive and exciting warm-up act for the closing show stopper What Are You Doing? All the lures and creative theatre of its predecessor is taken to a new level, every second of the song a controlled but rich blaze of skilled and impassioned endeavour. It is an epic bellow from the imagination and creative depths of the band only enhanced further by the sensational presence of Kirk and the intense incitement of the orchestral coloured strings, their spicy lure bringing echoes of Sex Gang Children back in the day.

Feral Kizzy is superb at uniting slim and often repetitive textures with thick tapestries of ingeniously woven enterprise, the last song epitomising that craft and success which flows across the whole of Slick Little Girl. The album is a thrilling adventure; one bred across the years in many ways but solely of the now, and Feral Kizzy a band surely looking at big things ahead.