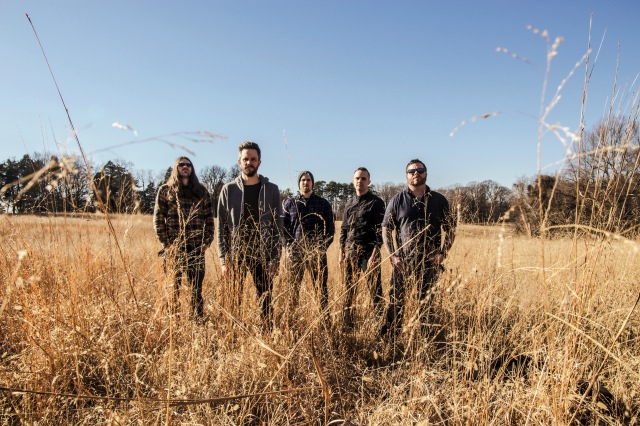 It is tempting to call the Between the Buried and Me music a kaleidoscope of sonic and inventive hues yet that suggests a randomness which certainly does not apply to their persistently compelling and dramatic explorations. In saying that though, there is an organic unpredictability which seemingly evolves on its own so that at times you wonder if the band knows what is to emerge any more than the listener. And so it is with their seventh album Coma Ecliptic, a series of gloriously imaginative plains of roaming sounds and immersive textures which whether a BTBAM fan or not is seriously compelling, that together create an epic emprise of aural fascination which is either creative ingenuity or insanity.

It is easy to see Coma Ecliptic splitting opinions though hard to imagine many dismissing its technically immense, musically explosive, and rivetingly captivating journey out of hand. Equally the reference to it being like a rock opera does it no favours, certainly with those like us instantly cringing at the thought and term, but assumptions should be cast aside as, even though there are indeed moments of indulgences and flamboyant enterprise, the concept album is bred from the same template of musical and lyrical probing that made previous release The Parallax II: Future Sequence so bewitching and thrilling. It is a whole new beast of course bred from the similar seeding which unites all the band’s releases, but BTBAM doing what they do best, tearing up their own rulebook with zeal and tenacity.

Lyrically Coma Ecliptic follows a single protagonist who stuck in a coma travels through his past lives, each track an individual episode set in “a modern day, sort of The Twilight Zone-esque” world. In each place he can choose to stay or move on to search for a better place, ultimately being met with the ultimate question life or death. The rest is for you to find out but in true BTBAM fashion, the lyrical side of the album is as involved and time consuming to reap its full rewards as the music. There are a few things to pull Coma Ecliptic up on, if you wish to be over analytical and demanding, but like the best sci-fi/fantasy movie, run with its liberties and proposition rounding flaws, and unbridled pleasure through full-blooded adventure are the rich prize. 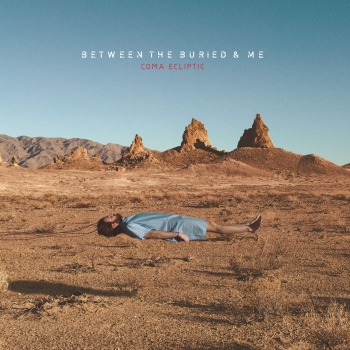 Opener Node cups ears in a gentle yet emotive touch of keys, Tommy Rogers’ fingers and voice swiftly stroking ears and imagination even before melodies broaden and their elegance mesmerises. The melancholic air of the song has its own ethereal light and hope, album and band immersing the listener into the realm of album and story with sublime ease, even adding Queen-esque flames of epic tones and sonic grandeur to striking effect. It is a potently enticing start which slips into the theatrical and magnetic embrace of The Coma Machine. Many have compared the album and some of its textures and flavours to bands like Dream Theater yet aside from the unavoidable uniqueness of BTBAM, here and often across the album Australian progressive metallers Voyager nudge thoughts. The track ebbs and flow in energy and rousing intensity as it explores its and the story’s depths, and is just as enthralling as it writhes with majestic imagination, whether in a gentle hug of a croon or roaring with aggression and passion.

Dim Ignition emerges from an electro bubble next, synths a lively and nagging simmer within drummer Blake Richardson’s increasingly intimidating rhythms. The song flows into the immediately darker hued Famine Wolf, portentous and ever gripping bass tempting from Dan Briggs alongside just as shadowed keys, their haunting smothering consuming the senses for the ever spellbinding craft and invention of guitarists Paul Waggoner and Dustie Waring to exploit and shape further. The track’s early predator like union grows from one relatively inviting premise to a volatile incitement, with Rogers vocally entwining his superb clean and just as impacting raw metalcore seeded deliveries to match the sounds. The track is thoroughly absorbing, even making its less than seamless slip into a jazzy, psych rock like twist work perfectly and never relenting in making every minute unique from another.

As outstanding as it is though, King Redeem / Queen Serene steals the show, growing from the departing breath of its predecessor into a tempest of pop, funk, melodic revelry, and ravenous metal ferocity; every aspect fuelled by a contagiousness which simply intensifies with every elevation of aggression and invention. Imagine spilling the essences of Periphery, Society 1, and Cardiacs into the BTBAM mix and you get something close to this exhilarating encounter.

Both the imposing Turn on the Darkness and fascinating The Ectopic Stroll keep the fires of serious enjoyment burning, the first at times bordering on the bestial as its landscape savages as siren like seduction joins in equal creative measure. Its successor explores a dance seeded gait and scenery, piano keys a punchy spark to the tenaciously evolving avant-garde landscape, and both songs, but especially the second, tempestuous weaves of expansive flavours, styles, and bold intent sculpted by musicians openly at the top of their game and imagination.

Rapid Calm brings a spatial yet melodically and emotionally intimate proposal forward next with mellow vocals, harmonies, and keys the warm serenade to the carnivorous walls and depths soaked in challenging intensity lurking and eventually exploding from deep within. Bewitching hardly does the song justice but that is what it is as it wraps its mesmeric and often rabid charms around ears and thoughts. Coma Ecliptic is undoubtedly an album which challenges and involves both aspects with every second, it shown again with Memory Palace and after that Option Oblivion. The first of the pair is soaked in blues and funk rock resourcefulness, a folkish festivity also getting in on the persuasion as the song traverses through ten minutes of instinctive and virulent creative alchemy whilst the second is like looking into a fire, every flame of sound distinct to another yet perfectly aligned in one senses sizzling incitement.

Coma Ecliptic is completed by the emotionally rousing Life in Velvet, another fusing intimacy with grander winds to fine effect. The intoxicating Jamie King produced album leaves the richest hunger to hear and learn more, which is lucky as like their other encounters, it is a proposition which needs numerous plays to really get into its constantly revolving corners and levels, our words above barely scratching its surface let alone depths to be truthful.

The best album from Between the Buried and Me to date?…Well it has to be seriously considered and argued over but there is no denying this is another major success and thrill from the band which their fans will get lustful over and others will at least offer a thick complimentary smile or nod.