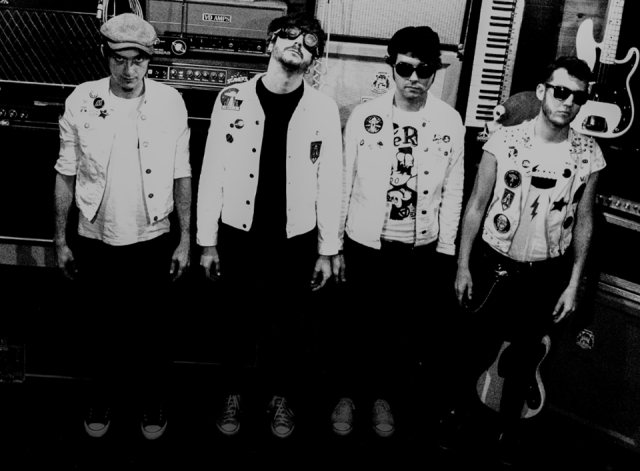 Create a sonic kaleidoscope made up of particles from The Ramones, Devo, The Dickies, and The Screamers with essences of others such as Brainiac, Useless Eaters, and Acid Baby Jesus and you get the glorious garage synth punk sound fuelling a release which surely will be announced one of the year’s best moments come its annual awards. The cause of such thoughts is the self-titled debut album from French punksters The Scaners which despite those references at the beginning, or because of them, is one unique and quickly addictive incitement of sound and mischief.

Hailing from Lyon, The Scaners proudly and openly embrace their inspirations in their music; influences which from their label, Dirty Water Records, to reviewers and fans are universally recognised within something as individual as you could wish for. A four track 7” hinted at and teased ears with its inimitable antics last year, lures and revelry now in full roar and enterprise within the band’s first full-length.

Recorded with Lo Spider at Swampland in Toulouse, the album sets off on its sci-fi fuelled flight of fun with opener Abduction. Like a dance party in Area 51, the song swings its rhythmic hips to its own sonic infestation of devilry, vocalist Pav Scaner vocally hot-footing across the strands of temptation like a dervish as the keys of his organ dance. Hooks fly as beats bounce, seventies punk flirting with its synth punk/garage rock tenacity as ears and appetite are instantly baited and trapped.

The cosmos wraps the imagination next as Spacecraft lifts off with a punk rumble; bassist Tama Scaner and drummer BX Scaner rousingly fuelling its brief but irresistible surge before I Don’t Want To Go swaggers in on addictive beats and vocal dissonance. Pav’s keys again entice like sonic liquor as his voice wonderfully trespasses the shuffle; a riveting incitement matched and escalated by the spatial theremin gas and raw guitar prowess of Dédé Scaner. As the first, both tracks simply infest the imagination, getting under the skin like an infernal but exciting itch which you want to scratch but never lose. 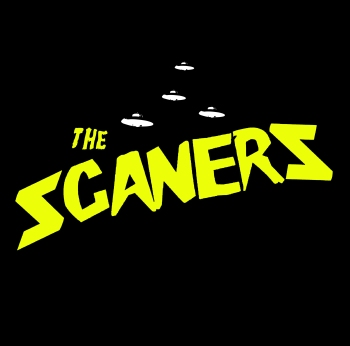 Checkpoint Planet is a slightly calmer waltz which just as easily has the hips swinging and appetite devouring with its virulent infectiousness. As throughout the album, Pav’s lead vocal explorations are just as magnetically supported by the rest of the band’s throats, though it is the animated throb of Tama’s bass which steals the biggest portion of the passions before The Dries bursts in on a The Dickies bred lure to uncage its own voracious stomp. A fusion of sixties, seventies and current punk ‘n’ roll, the song is simply irresistible; manna to the devil in us all.

Darker and heavier textures line the B52’s hued aeronautics of Enjoy Your Flight; a trespassing bounce of a track which masters limbs and spirit like a cosmic puppeteer while No Place In Space steals best track honours with its post punk/garage punk saunter with a healthy essence of The Horrors to its reined but open diablerie. The first single from the album, the band apparently has two versions of the song; this the “slow” shadow accompanied drift through space; we cannot wait to hear the fast flight.

The pop virulence of the following We Want To Talk To Your Leader has the body romping within a breath or two, its new wave flaunt of sound and enterprise pure addiction which teases with nods to The Ramones; flavouring simply grabbed full-on by Video Tape next with again simply contagious results. Both tracks, though to be honest as all songs, leave the body breathless and greedy for more, a hunger quickly fed with great relish by the irritable sonic escapade of Flying Fuck and the flirtatious parade of Modern Fissure. The first is a furious surge of boisterous sound and brazen seduction and its successor a calmer but no less instinctively raw and rapacious slice of synth pop and both quite delicious to the ears.

The album ends with Levitation Train 2077, a swirling maelstrom of electronic punk as controlled as it is feral creating one glorious finale. All bands should have a theme tune to our thoughts, something recognisable and addictive announcing their arrival, like all the best TV shows, and this is undoubtedly the one for The Scaners.

Everything about the album was liquor to our intoxication and as the introduction of The Scaners to our ears, the spark to a lusty following hereon in; there is the feeling we will not be alone.