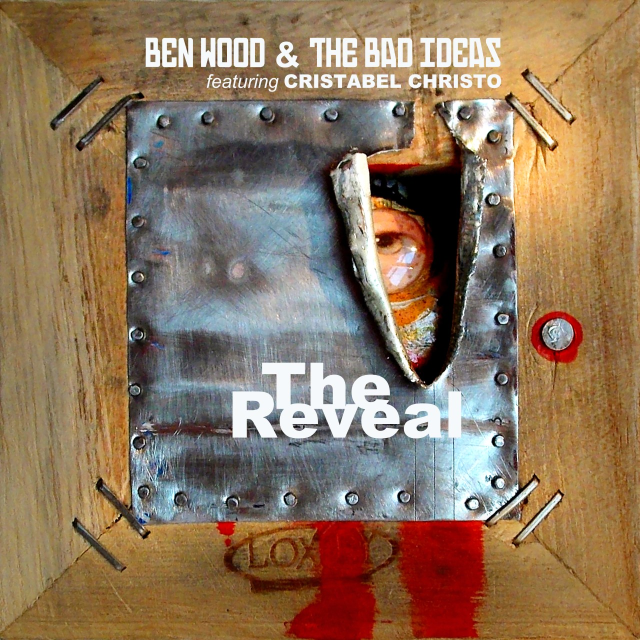 Luxurious in its temptation, haunting in its touch, The Reveal is the new single from Ben Wood & The Bad Ideas. The song is a proposition which tantalises as it seduces, every one of its creative threads uniting in a weave of real magnetism for ear and imagination. We have not every track from the band’s repertoire but we can be confident in suggesting that The Reveal is one of if not THE finest moment from them yet.

Ben Wood started life as a busker and acoustic guitarist in Essex scene. An opportunity to contribute to an X-Ray Spex charity album in the US, Wood and co one of only two British artists involved meant he had to find a band, record a track and get it sent over to the States in just 48 hours. Succeed he did and in 2012 Ben Wood & The Bad Ideas, its name inspired by his doubts over swiftly resolving that scenario, began going on to play Prince Charles’ Garden Party at Clarence House, headline the Yes To Life festival and releasing that compilation track, Obsessed With You as their first single.

Alongside Ben Wood in the band is Andy Duke of Top Buzzer, Cauldronated, and most recently Flesh Tetris fame; the two co-writing the new single. For The Reveal, the pair is also joined by Bruce Thomas from Elvis Costello & The Attractions on bass; a line-up which alone bred instant intrigue for the release with also features Cristabel Christo . It is an anticipation swiftly fed and pleasured by the song, keys and rhythms immediately teasing and wrapping ears respectively. The latter’s atmospherics caress the dark pulsing of Thomas’ bass as a post punk-esque resonance blossoms. Even at this early point there is feeling of The Sound to the song, a hue thickening and enriching its growing prowess and lure. It is a flavouring though which is woven into the track’s uniqueness and increasingly haunting majesty.

Wood’s vocals are just as captivating as every element entangled; the track a web of strands rather than a boiling mass but just as powerful in its emotion, intimation, and craft. From verse to chorus, note to rhythmic enticement, the track is pure captivation and for us simply one of the best tracks heard this year so far.

The Reveal is released on 25th June.