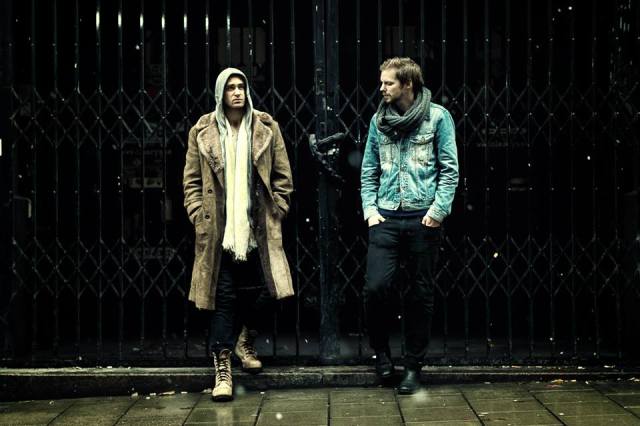 There is an air of rebellion to the sound of Swedish rockers The Red Fuze, a devilry which gives their songs a great unruly and feisty character as shown by new EP Bazooka Circus. The release is a handful of fiery garage rock/blues bred tracks bursting with the passion of the sixties /seventies and the tenacious hunger and enterprise of the now. It is a slab of boisterous rock ‘n’ roll easily stirring the body and emotions, an incitement lying somewhere between White Stripes and In The Whale leaving an intrigue and want for more.

The Red Fuze is the creative partnership of vocalist Randy Wild and guitarist/producer Raimond Raio Geezer, a duo from opposite ends of Sweden who met through an online Bandfinder page. Once connecting, the pair began writing and recording music via email, text message, and phone calls; not physically meeting until the release of their self-titled debut EP last year. As suggested, musically they have nurtured a sound seeded in blues and garage rock but are many other essences from psychedelic rock to more punk inspired hues which are just as potent. It is an attention grabbing potion now lighting up second EP Bazooka Circus to fine effect. 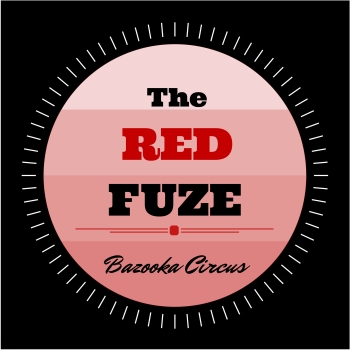 The EP opens with its title track, Bazooka Circus swinging in on a surf rock blossomed sonic enterprise aligned to a similarly woven repetitious groove. It is a seriously enticing entrance increasingly in temptation as Wild’s vocals ride the tendrils of tantalising sound like a sideshow barker, he backed by restrained but anthemic rhythms and wrapped in the sublimely quirky wash of captivating keys and guitar.

By its end ears are hooked, appetite sparked, and the imagination waiting to be treated again, Dance Now quickly obliging with its spicy weave of guitar amidst mesmeric keys, both speared by jabbing beats. Wild’s vocals have a mellower tone compared to the first song, but with a great raw edge which growls perfectly against the smoother persuasion of keys and melodies. As soon realised, every track from The Red Fuze has volatility to it, an incendiary spark which is always near the surface and often breaking its skin to blaze and add even richer tempting for ears to bask in.

Black Mustang unveils a stirring web of tangy grooves and fuzz filtered guitar next, the track romping around with fifties rock ‘n’ roll breeding and a noise/indie rock imagination which is not that far removed from a Pixies or a Thee Exciters. There is wildness to its nature and rowdy rock ‘n’ roll intent to its heart which inspires the throwing off of the shackles of inhibition and get involved, an offer impossible to refuse again when made by Kitchen of Love. The fourth track is a funk infested, blues scented stomp with swinging rhythms and saucy sonic tempting, both working away on feet and hips with swift success. As with Dance Now, there is a fiercely infectious quality to the song, a rich enticement seizing body and emotions with consummate ease.

The EP is closed by Blue Girl, another scuzz kissed lure of captivating and bluesy invention which seems to know just what ears and emotions need to have a good time. It is a thoroughly pleasing flame of sound to end a great release, and though admittedly the Bazooka Circus EP is not necessarily showering the listener with major originality there is plenty about it that is truly fresh and distinct to the band, and a whole which that leaves pleasure the overriding reaction.