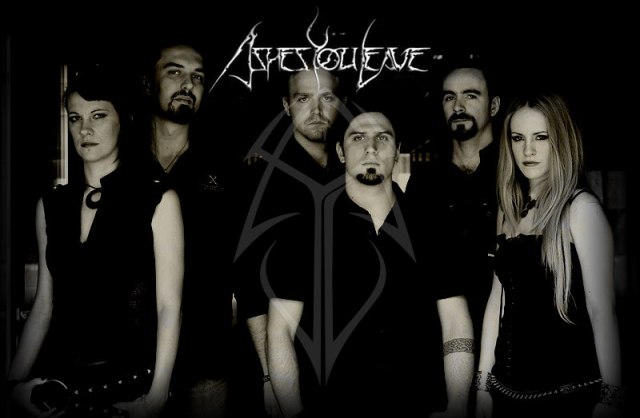 Croatian band Ashes You Leave as shown by their new album The Cure For Happiness, just get better and better. The release is their best to date and looks set to thrill many more new hearts with its muscular doom and gothic metal sounds. Following their acclaimed album Songs of the Lost of 2009, the new album sees the band unleashing their heaviest and arguably darkest collection of songs, reaping the energy and intensity of darker heart borne realms without losing the melodic invention and shadow fuelled passion they are renowned for. It is an impressive return for a band which is no stranger to strong applaud and enthusiastic attention.

Forming in 1995, the Rijeka band has risen from a time when music let alone metal had no expectations or credible chance of success in a worn torn country, to the biggest metal band in their homeland and leading force in the whole of the Eastern European region. Through the likes of Desperate Existence, Fire, and Songs of the Lost, all albums making big impacts, the band has forged itself as a name with wider recognition well beyond its borders but The Cure For Happiness, their sixth album, should be the one to thrust them to an even greater standing in world metal. It is a release which is as intriguing as it is immediately and forcibly engaging, offering new experiences and whispers with each and every journey within its imaginative sounds and melancholic breath.

Over the years the band has gone through line-up changes, especially with the position of lead vocalist, and the Rock N Growl Records released The Cure For Happiness is no exception. Despite having to search for a new voice three times, the band always has had the insight and skill to choose ladies which have added something different whilst contributing an impressive level of vocal craft and expression recognised with their sounds. The new album is the first with new singer Giada “Jada” Etro and again the result is openly rewarding for them and us. Italian songstress Etro has a riveting voice which can mesmerise whilst nipping at the senses within songs which do exactly the same, and alongside the snarling and ravenous additional vocals of guitarist Berislav Poje and bassist Luka Petrovic, makes the perfect enchanting conspirator and foil. 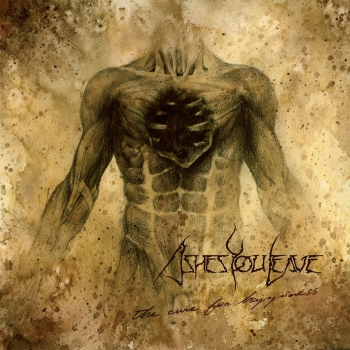 presence. Opener Devil in Disguise again steps back into the shadows as the voice of Etro accompanied by the impacting piano begins the unveiling of the heart of the song. It is with the emotive violin of Marta Batinic though where one is truly inspired to accompany the song with personal feelings upon its journey in answer to his impassioned caress upon the ear. The track is soon evolving and moving through melodic enterprise, powerful energies and notable invention to escalate the engagement and as the song emerges as a stirring blend of metal and melodic rock with symphonic leanings and gothic intent it leaves on engrossed and open for the rampaging climax with the scything guitar riffs of Poje and Matija Rempesic pushing the intensity further to a thrilling finale. To be honest the first time the song played it did not capture the imagination as instantly as other songs further on but given time to make its persuasion it becomes one potent pleasure.

Only Ashes You Leave and For the Heart, Soul and Mind step up next and take the enjoyment even deeper, both a continuation of tone from the first song whilst bringing different shadows and depths into focus emotionally and musically. The first is a heated expression of melodic and sonic craft driven by charged riffs and the intimidating rhythms of drummer Sasa Vukosav. Again the strings of Batinic play with emotions whilst the keys of Darko Terlevic explore their deepest corners within the inciting creativity. The rabid ending of male vocals and riffs makes way for an irresistible bass welcome from Petrovic for the beginning of the second of the two, a track which delves into the black of life further and with relish.

As a whole the album flows perfectly with a linking atmosphere across its expanse though there as to be expected are particular peaks. The first is the just mentioned track which is equally matched by the glorious Summer’s End, a song where the band pus everything they have into an imaginative wrap of melodic beauty and triumphant enterprise. Both though are surpassed by easily the best track on the album, Reality Sad. This song opens up the shadows pervading the album to draw even darker energies and emotions forth. It is a haunting and almost insidiously seductive embrace which ignites the fullest passion. Rippling with danger and venomous essence the song is immense and a flavour one hopes the band use more of ahead.

Reality Sad does highlight that for personal tastes the album falls a little short of being the classic the track suggests was within their grasp, the other songs despite their might in the shadow of this particular magnificence, but without doubt The Cure For Happiness is a thoroughly enjoyable and openly impressive album which fans of bands such as Within Temptation, Epica, and Nightwish will eagerly welcome into their dark bosom.