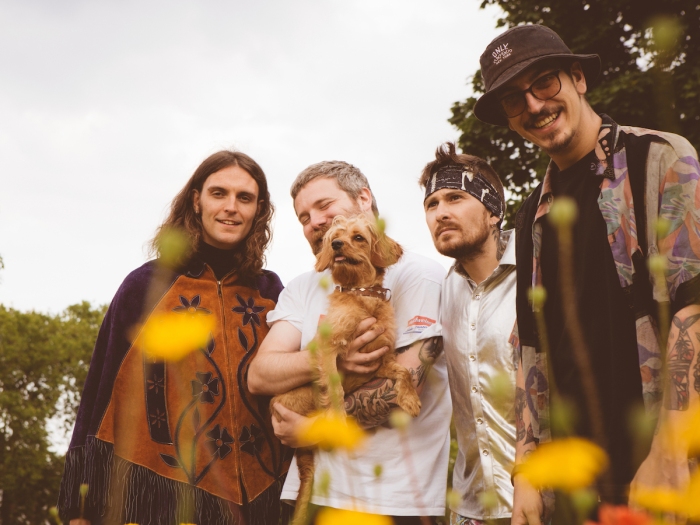 With a sound which is increasingly as more eclectic, bordering on eccentric, as it is singular in character and presence, UK outfit Waco are poised to unveil their second album and if the band’s debut had people keen with attention and praise, Hope Rituals will surely have them drooling out greater acclaim.

The band has persistently taunted tagging with their hungrily diverse sound since releasing their first EPs through Venn Records between 2015 and 2017. It is a kaleidoscopic view on Waco’s slightly warped and increasingly bold imagination which made their Standby Records released first album, Human Magic, a riveting and momentous part of 2019. Every song of that encounter presented a fresh aspect to the band’s inimitable creative psyche and almost rabid arsenal of adventurous noise; expectations never getting a look in from minute to minute let alone song to song. Hope Rituals is no different, in fact an even more fertile tempest of sound twisting an array of styles and flavours into the band’s own unique voice with fertile peculiarities. The heart of the album is punk and alternative rock bred, the variety found within both exploited by Waco even before everything from garage and melodic rock fused with progressive, psych, and indie essences gets entangled. The result is surprise after surprise, unpredictability after volatility and another outing with Waco which just had us aggressively captivated.

Reuniting with Gallows-owned Venn Records again for its release, Hope Rituals sees new bassist James Robinson slotting perfectly in with the band. With the sad death of predecessor Chris Cowley just before the release of Human Magic, the band struggled with whether to carry on. Thankfully for us they did with the spirit of Robinson a major inspiration to the creation of Hope Rituals and the imagination of vocalist guitarist Jak Hutchcraft, guitarist Tom Pallot, Robinson and our old friend drummer Welshy. 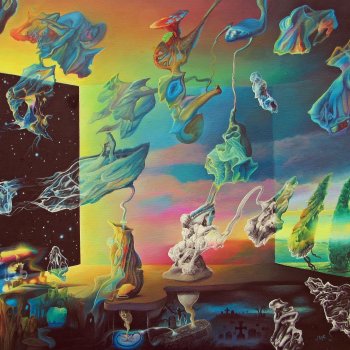 That imagination instantly spreads across album opener Wrecking Ball. Gently rising up with intimation soaking every melodic caress, the song soon unveils its calm but potent enticement. Threads of temptation and suggestion swing from guitars, Hutchcraft’s distinctive tones bearing his inimitable captivation as the echo of strings embrace the enthralling croon. Hitting its full stride, the song just became more captivating as Robinson’s bass magnetically strolled within the rhythmic enterprise of Welshy, both lively yet controlled just as the overall temptation of the track. So often before, there has been something of a Rocket from the Crypt meets Jaya The Cat hue to the Waco sound, this song again drawing that thought even in its individuality.

The following Good Days is a rousing slice of punk ‘n’ roll which teases with its opening animation but soon surges through ears with infectious rapacity. Hooks are as eager as harmonies as Hutchcraft leads another virulent encounter with Waco, the track twisting and turning with increasing enterprise and magnetism; always snarling even in its moments of unbridled catchiness.

Learn To Live Again reveals a broader breath of rock next, its swing funky and breath pop infused even across its folk punk lined stroll. By the second the song revels in the unpredictable imagination of the band, every twist bringing a fresh aspect to the tapestry of the outstanding encounter while Baracuda embraces seventies classic rock in its melodic call upon ears. Equally melodic punk and alternative rock are embroiled in its increasingly captivating adventure, the song maybe not gripping us as immediately as others but proving a firm highlight by the listen.

Dark Before The Dawn made a much more instant impact on ears, heading straight to favourite song contender as it jabs at ears rhythmically and vocally before unleashing a feral sonic haze of creative discord. With Welshy’s beats a grippingly constant trespass alongside Hutchcraft’s provocative and urging words, the track consumed attention with a verging on suffocating smog of sound before Busy Livin’ with devilish enterprise flirts and dances with the listener. There is a great Joe Jackson meets Graham Parker feel to the song at times, again the band drawing inspiration from previous decades and an array of flavours for their own idiosyncratic adventure.

The raucous blitz of Physio simply stole the passions and the breath from our lungs, the exceptional track a punk infestation of noise and temptation devouring air and victim before Watch The Skies serenaded and roared with equal enthralment. As with many songs, there is a bruising ferocity to the encounter but one more than countered by melodic invention and infectious urgency, the just as unique Great White Wall Of Voodoo epitomising that potent fusion. The track is another part feral part agile slice of anthemic Waco, every twist as barbarous as it is rousing and each turn as texturally dynamic as it is organically conjured.

Hope Rituals is concluded by firstly the classic rock hued contemplation of If, a song bearing a Flogging Molly-esque breath to its intoxicated reflective intimacy and lastly the riveting emprise of A New Future, its initial acoustic rumination the launch pad to a psych driven exploration of psyche and alienation. Infused with metal nurtured trespasses and an untamed exuberance to its mercurial landscape the track just echoes and sums up the rich adventure within the Waco world.

It is a striking end to an album which like its predecessor effortlessly impressed and thrilled, in every aspect declaring Waco as one of the UK’s most exciting and unique propositions which major attention should soon be courting.