Unknown Era – A State Of Affairs 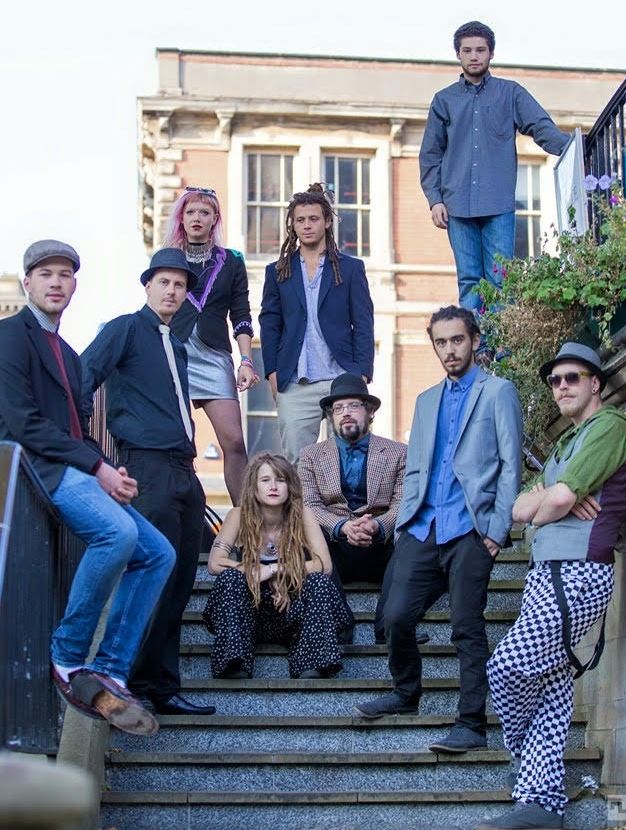 Let us just cut to the chase, A State Of Affairs is easily one of the best albums this year and maybe destined to be the big favourite of a great many come its end. The massive festival of sound is the new offering from UK outfit Unknown Era, a band which deserves all the attention and plaudits their new creative extravaganza will surely bring forth.

Nottingham hailing, Unknown Era is a nine strong collective of talent and imagination weaving sounds from the rich essences of ska, reggae, funk, punk, soul and folk with plenty more besides. It is a proposition which made their self-titled EP of 2015 an eagerly praised encounter. Even so the five years it has taken to create debut album A State Of Affairs has seen their music and imagination simply grow and evolve into an adventure impossible to ignore or not get swept up in. Politically and socially driven, it is as lyrically striking and compelling as it is musically fascinating and addictive, a release which has only further enslaved and manipulated the passions by the listen.

At eighteen songs long it would be understandable to expect a few fillers along the way but there is never a moment within A State Of Affairs which flirts with anything other than essential fun and temptation amidst a rich adventure in sound and craft. It is a bold and virulently infectious incitement which had us bouncing and roaring from opener, Read Between The Lines. A calm but inviting strum coaxes ears first, its invitation soon joined by just as enticing rhythms and the potent tones of Ashmore. In no time it is alive with energy and spirit, the soaring flames of brass a heated lure across a bold rhythmic step and melodic tenacity. Reggae and alternative rock cored, the song easily hints at the kaleidoscope of sound within the band’s creative arsenal and their ability to use it to arouse body and spirit alike across their release. 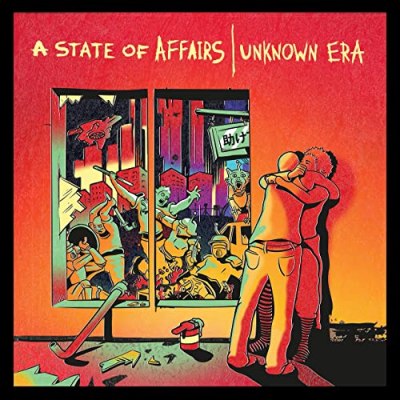 As striking and captivating as it is, the track is just an appetiser for the splendour to come, its successor in Take Your Time swiftly manipulating body and participation with its ska and funk fuelled arousal. The hip hop hue to Ashmore’s vocals are matched by the fiery tones of Mollusca and Emily, each a striking element in the track’s fertile persuasion and dynamics as indeed the rock nurtured exploits of guitarist Raph and Gaz P. With its closing breath as potent as its first, the song is soon matched in craft and temptation by the soulful punk shenanigans of That’s Just The Way Things Are and its social reflection. The track is superb, aggressively catchy whilst being a fertile incitement for thought and imagination with something akin to a fusion of Sonic Boom Six and Imperial Leisure to its romp at times as too in certain moments Dizraeli for greater temptation.

From the opening resonating tone of Kay Dawson’s bass My Town had ears hooked; the subsequent swing of Max Jeffries’s trombone and the trumpet of Laurence Boogedy echoed in guitar and vocals to addictive effect. The military centred beats of Andy Hypnotoad are just as thick an ingredient in the rhythmic hypnosis directing step and hip, a major moment in the release stamped down and soon matched by the glorious antics of Babylon Crumble. Reggae and ska punk unite in the recipe of temptation flooding ears, the vocal dexterity of the trio at its heart the biggest key and lure to our unbridled participation.

Equally the pop lined Slide My Way and Meet Me (On The Dancefloor) with its soul rock drama had us just as animated. The first is a delicious mix of soul, R&B and sixties pop cast in the band’s inimitable ska kissed touch and sound, a song as warm and sultry as a Caribbean night and as infectious as its summer days while the second just gripped from the fevered vocals to the crescendos of fiery sound littered with irresistible handclaps. It too is pure virulence and another web of styles brought into one irresistible proposal with a great Seratones like breath to its holler.

Swing hearted, The Weekend Tales was just as captivating next, Ashmore’s Melodica another tasty ingredient to lick lips at whilst the song expanded its ska and indie instincts before I Miss Lizzy with its romance lined tale of lost finance amidst ska bound urban rock ‘n’ roll offered a just as compelling enticement. As irresistible as both are they are immediately eclipsed by Eyes Of Innocence and its inescapable infectiousness. Indie pop and ska equipped dexterity soon had us bound in physical animation and melodic charm, once more joining in with the pleasure a swift certainty.

While Change Is The Element and its soulful radiance seduced and The Twist gripped with its reggae bred saunter, captivation by the album was only tightened and squeezed a little more through the immediately addictive exploits of Runway. Intrigue and drama soaks every note and the sensational vocal performance which soon rides the song’s darkly enticing stroll with its rockabilly lined strut. One of the albums where a favourite moment is hard to pin down, the song is a constant challenge to that decision with its mischievous revelry and invention and a gypsy punk twist which just sealed the deal on its creative parade.

The attitude drenched surge of Mass Murder hit the spot immediately after too, its Senser-esque irritation a striking trespass against the just as riveting brass built pyre of sound and its sonic and rhythmic counterparts while Rise Together with its dub tinged climate around another fusion of ripe flavours offered unbridled magnetism quickly emulated again in the vat of infectiousness going by the name of The Misfit. No surprise that song and band easily and quickly were under the skin directing movement and involvement with their multi-faceted enterprise and sounds regularly bringing twists and turns to drool over.

The final pair of We Don’t Care and Alive ensure the album ends as impressively as it began, the first further viral temptation with a ska punk urgency reminding of bands like The Jellycats and again Sonic Boom Six while the last is an acoustic serenade, voice and guitar providing the captivation of thought and ears.

From start to finish A State Of Affairs had us lost in its magnificence and creative devilry, doing its suggestive biding in body and throat. Every moment proved an adventure we insatiably did and still do devour; that surely enough to get you to go check out one of the years major highlights.

A State Of Affairs is out now via I’m not from London Records.