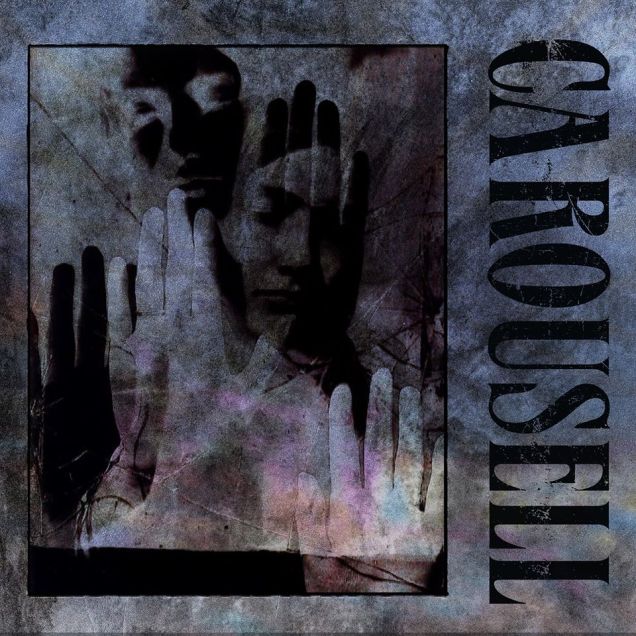 2020 may be a year which is trespassing bodies, emotions, and mental stability like no other but it is also becoming one of the most striking for musical ingenuity and essential releases. Another fitting the bill is the new EP from British quartet Carousell, an imagination rousing oddity in the growing crowd of goodness and a fascination as seductive as it is dark and intriguingly haunting.

Maybe there should be no surprise to the impressive adventure within Cuckoo due to its compelling predecessor, the band’s debut EP Immortal, and the four people behind their creation. Rhythms are created and driven by the legend that is Dave Barbarossa, an artist no stranger to igniting the senses and acclaim across the years via Adam & The Ants and Bow Wow Wow through to recent exploits as part of Cauldronated, Republica, Beats International, and Roland Gift. His unique prowess is instantly recognisable without hearing his name first and is an indelible incitement within Cuckoo.

Equally, so is the presence and enterprise of the rest of the band. Vocalist Sara Baile, late of cult London band The Bisons, is siren-esque across the four tracks making up the release; a temptress as mysterious and captivating as the sounds surrounding her tones but also just a little sinister while the weaves of intimation spun by the synth of John Taylor of Punx Soundcheck bring their own fusion of suggestive jeopardy and melodic poetry to the encounter.

Completing the line-up is guitarist/bassist and long-time friend of The RR, Andy Duke who similarly has been part of numerous memorable moments through bands such as Top Buzzer, Flesh Tetris, Cauldronated, and The Duel to name a few and a multi-instrumentalist and composer who has worked with the likes of Kylie Minogue and Bad Manners to again just mention a small few of the many.

Their individual experiences and creative explorations come together for a sound which has its seeds in post punk, shoegaze, and gothic punk but emerges as a far richer mix and darkly devilish proposition. Maybe it can be best described as a blend of Siouxsie and The Banshees, Pylon, and The Wants but as EP opener Ceilings reveals individuality is as potent as adventure. The song instantly winds around ears with wiry grooves, the senses swiftly seduced by the harmonic lures of Baile as rhythms stroll. In no time Duke’s distinctive touch on steely strings brings further tempting to the shadowy yet radiant captivation with the track continuing to stroll around the listener sharing a haunting breath simultaneously bright and crepuscular, one further echoed in voice and keys.

The fine start is soon eclipsed by the EP’s following title track. As its larger namesake, Cuckoo quickly seized ears and attention, its initial tenebrific twines of guitar enticing on their own but only leading to a wave of thick temptation as Barbarossa’s rhythmic animation seized instincts and Duke’s melodic intimation entwined the imagination. All the while the latter’s darkly cast bassline simply brought thicker enticement to a lure potently enhanced by Baile’s vocal calls and subsequent lyrical incitement. Everything about the song is creative manipulation and ensnaring appeal, dark and light once more entangled in its invention under a title which in many ways sums up the record. In a nest of true invention and sure pleasure bedded by so many others in this year so far, Carousell and Cuckoo have seized a home and made it their own.

Nightshade is next up and maybe is the track which most feels bred in seventies/eighties post punk and that Siouxsie and co hinted influence though with its lively presence and sonic vitality, the track had no problem stating its own uniqueness. Featuring Andy Thompson on drums, the song also bears hues of bands like Leitmotiv and Play Dead to intensify the captivation of ears and imagination.

The release is completed by Shotgun, though it appears the track order we were given may be different to the final one on the CD, a song merging those post punk and shoegaze essences with a more noise rock instilled fuzziness while getting under the skin in part trespass and part seduction. Baile once more beguiles in her own fusion of harmonic devil and angel in a track providing a riveting end to a record that simply gripped and thrilled with its first throes and spellbound and liberated thereon in.

One of the best things to grace these ears this year?…Without doubt!

The Cuckoo EP is out now via Stranger Days Records on CD, Limited cassette and Digital Download; available @ https://www.hottwerk.co.uk/hottwerkshop