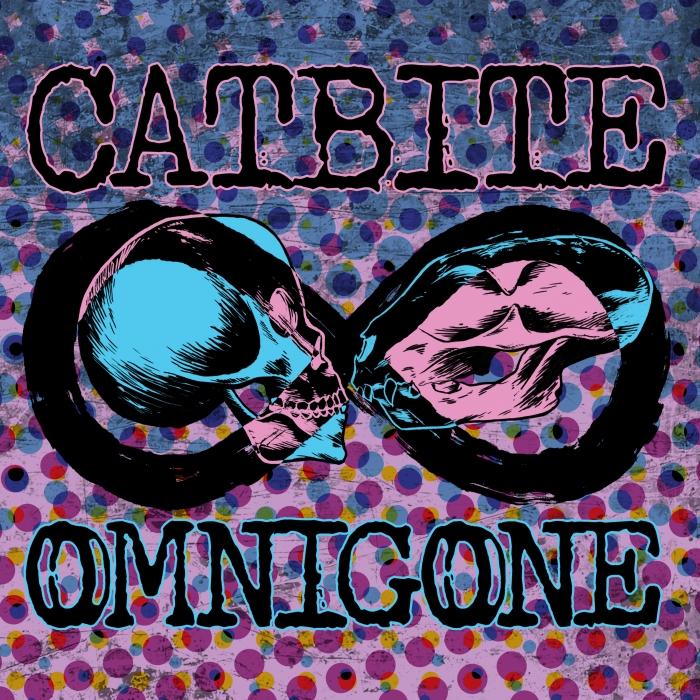 There is something about the bringing together of bands through whatever connection which for us makes split releases one of the most fascinating and so often rewarding propositions especially when it breeds a real treat like the 7” outing between Philadelphia soul-ska outfit, Catbite, and East Bay hailing ska-punk trio, Omnigone. Each band had a remit of sorts to follow and both have uncaged songs which swiftly left an indelible mark on our imaginations.

Inspired and released by California indie label, Bad Time Records, the Split 7” for us was the introduction of a new band to ears in Catbite and the return of one which had already ignited our appetite with the release of their album No Faith last year. Each of the band’s tracks on the new release are covers; one being a version of one of their companion’s songs and the other of choice.

Side one of the 7” sees Catbite leap on ears with their take of Omnigone’s Horizontal Aggression, a track off of the latter’s impressive last album. Straight away the band infuses and twists the song with their ska, rocksteady, and punk bred invention, the quartet of Brittany, Tim, Ben and Chris immediately unleashing aural contagion upon ears. Brittany’s keys and voice flirt and dance within the more imposing nature of rhythms, the track burrowing under the skin like a viral infection in no time. With a touch of The Jellycats meets The Mo-Dettes to its stomp, the song proved swift and unshakeable addiction.

Their second contribution is a cover of White Riot, The Clash classic injected with almost mischievous energy and touches without defusing its feral heart. Instinctively no punk can resist barking and hollering with the song’s call and imbued with Catbite’s devilry here it makes for a lure the body could not idly ignore.

The B-side sees Omnigone get immediately stuck into the Catbite song, Scratch Me Up. Riffs erupt with a growl to their contagion, rhythms a matching trespass even before Adam Davis’ vocals bring even greater magnetism and belligerence to the quickly riveting encounter. The band’s hardcore nurtured instincts only seem to accentuate the virulence of the song as well as its untamed clawing at the senses and more than add to the incitement seeing our baying vocal chords and flying limbs eagerly engaged.

For their second song, Omnigone have picked a track renowned as part of Davis and bassist Barry Krippene’s previous band Link 80 though apparently it actually goes further back to an earlier 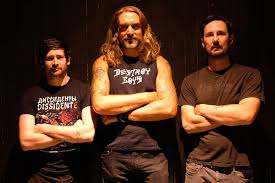 band the latter was in, Blast Bandits.

Nothing New instantly tapped into instincts with its rhythmic enticement placing an even firmer grip with its subsequent ska punk saunter. With something of a Farse meets Face To Face lining to its stroll, the song quickly became a thick manipulation which had us bouncing and again hollering along. Even it’s more aggressive hardcore hues added to the inherent catchiness of the song, the only downside meaning its inevitable conclusion bringing the end to one great release.

We love checking out a split release here and this Catbite/Omnigone union gives all the reasons why.