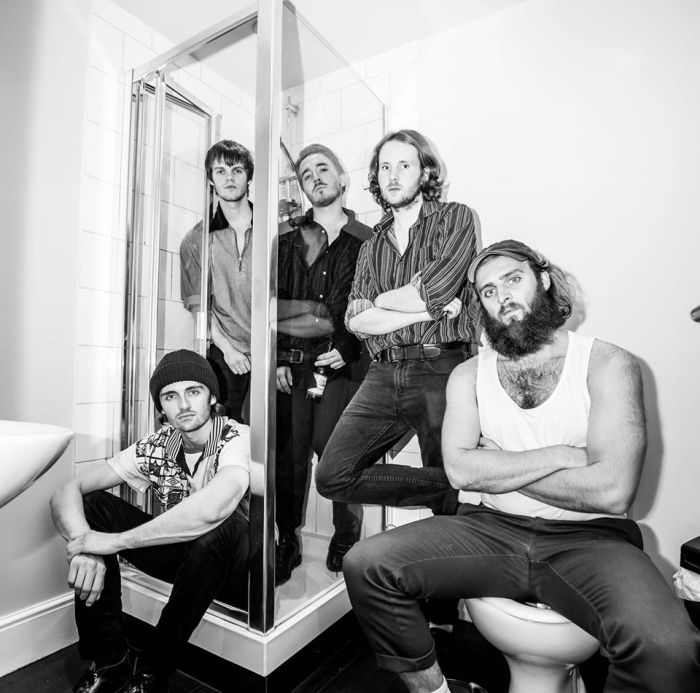 With rebellion in its heart and every senses trespassing riff that it unleashes, Vox Pop is the debut EP from UK outfit Sheafs and we suggest one of the most rousing and truly exciting encounters you will be likely to come across this year.

Formed in 2015, Sheffield hailing Sheafs has certainly teased and tempted attention with their songs and live presence which has seen them support the likes of The Amazons, The Coral, IDLES, and Greta Van Fleet but they have now made a full-blooded demand on scrutiny and recognition with Vox Pop which surely will prove impossible for the masses to ignore. Produced by Dead Nature/Spring King talent Tarek Musa and Jonathan Hucks, the EP pounces on ears from its first breath, its indie rock/pop punk nurtured sounds insatiable in their aggressive virulence and defiant condemnation loaded words “confronting the frustrations of a consumerist world that profits from people’s low self-esteem and self-doubt” a potent incitement.

Thinking Out Loud bursts from EP and speakers first, the track rhythmically pounding out an invitation to which guitars add rich impetus with their inviting grooves. Once a thick bassline joins the enticement, the song was in full control of attention, vocalist Lawrence Feenstra completing the fertile lure with a delivery as striking as the hooks which litter the already irresistible song. The guitars of Chris Goodacre and Charles Mellor spring a web of riffs and melodic wiring, clarity and fuzziness aligning within its irrepressible trap. The song is superb, addiction spilled with every note and syllable as the band’s already proving individual sound leapt upon ears and appetite. 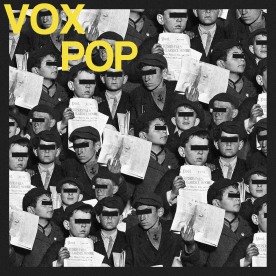 As reinforced by next up World Is Falling Apart, the distinctiveness of Sheafs‘ sound is inescapable though there is something of an Asylums meets Baddies breath to it at times. The EP’s second track shows more restraint in its energy though every aspect is a boisterous incitement from its intoxicating groove to the rhythmic shuffle cast by the bass of Callum Wright and Charlie Eastap’s beats. A psych rock spice wraps each melody and seeps into every atmospheric intimation bred in the open imagination of the quintet as again inherent infectiousness fuels every intensity soaked moment uncaged before the band’s new single Total Vanity erupts. Straight away rhythms and riffs seize the moment, each pounding out audacious virulence incitement as Feenstra’s tones and words spring their own inimitable motivation upon ears and thoughts. The track is raucous splendour, a slice of fearless irresistibility sure to lead fresh hordes to the mutiny of Sheafs.

Shopping equally gripped from its first call, a post punk nagging at the heart of another unapologetically virulent tempting. As with all tracks there is a delicious tempestuousness which boils up in varying degrees but always adds riveting drama and energy to the contagion of in this case consumer exploitation.

With the just as magnificent Care Less bringing the EP to a close, the incendiary track an insatiable infestation of punk bred, dissent soaked rock ‘n’ roll, Vox Pop is an explosion of sound which certainly stopped us in our tracks. New music consistently grabs attention and excites but few things spark real anticipation of major things ahead; Sheafs and their full introduction is one of those rare moments so are you ready?

Vox Pop is out now via Blood Records.

Like Loading...
‹ Radio Mafia – Don’t Think About It EP
No Kings No Slaves – New Lease of Life ›