Her Despair – Exorcisms of Eroticism 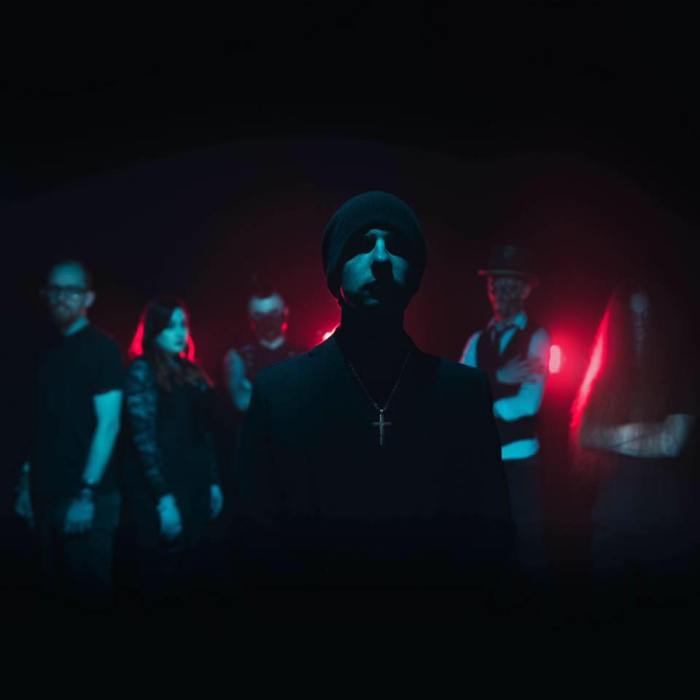 There is no escaping that UK dark rock outfit Her Despair made a major impression critically and on a new flood of fans with their last EP, Mournography. It was a striking and arousing affair built on open craft and imagination which thrust the band before a more international spotlight. Even so, its success will surely only be overshadowed as the ascent of the London band accelerates through the magnificent Exorcisms of Eroticism.

Her Despair’s new EP eclipses its predecessor in every department, the band’s sound a more mature and even more striking proposition as it continues to embrace the essences, drama, and melancholy of gothic rock, punk, and dark metal. Each song within Exorcisms of Eroticism aligns crepuscular gloom and intimate seduction, emotion ravishing shadows and heart bred passion; all within the dark recesses of a world in turmoil.

Pandaemonium opens up the release, the song looming from the dark in a mighty tide of sound which instantly shapes its stride and trespass through the melodic intimation of Toby’s keys. The guitars of Dan and Jord cast a more rapacious side in the emerging song, its voice already rich and broad before calming a touch for the ever magnetic tones of J. Every aspect of the encounter though proved a beacon for attention, the bass of Vikki a dark throaty tempting as the beats of Lee bite yet simultaneously incite. As in previous releases, there is no denying the inspiration of bands such as Fields of the Nephilim and Sisters of Mercy to Her Despair and maybe others like The March Violets in the instinctive infection loaded virulence which soaks every note and spring of imagination but the first track quickly sets the unique tone and individuality which defines the release and each song. 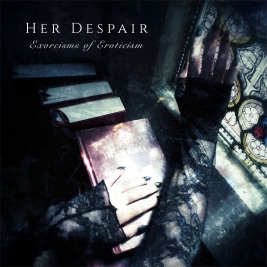 As mentioned earlier, drama is in full force coating every note and syllable of the outstanding first track, The Exorcism soon following with an equal fertility in all its textures and enterprise. Similarly an inherent catchiness is as bold as the creative theatre shaping the tapestry of light and dark sparking the imagination of band and listener alike. The symphonic lure of keys provides a seductive rapture in the turbulent heart of the song, J’s voice managing to echo both sides in his ever alluring and potent presence.

Though there is open energy in its gait and emotive roar, In That Moment is a siren of temptation, the tempered roar haunting in its beauty and enthralling in its croon while Like A Crucifixion straight after is a cauldron of sonic and emotional tenacity. Akin to a fusion of Type O Negative and Dead Register, the track simply sets another momentous lure in the EP as virulently manipulative as it is emotively invasive.

Beyond The Veil is another gentle haunting, the ballad caressing the senses and thoughts yet with an undercurrent of fiery anguish which erupts enough to scorch the elegance and beauty of the bewitching incitement before Final Rest brings things to a just as captivating close. The funereal gait of the song beguiles alone, the vocals and the words it shares a fascination matched in sound across the whole band. Melancholy is as thick as the rhythms which prowl the senses, enchantment as potent as the melodic weaving of keys and guitars and rich pleasure the result of all.

Exorcisms of Eroticism is glorious; from sound to lyrics, voice to the imagination which fuels it, the seriously impressive EP declares Her Despair as one band the world should no longer ignore.

Exorcisms of Eroticism is available now digitally and on CD @ https://herdespair.bandcamp.com/