Home › Music › From streets and trees

From streets and trees

With again thanks to our friend Shauna of the great band Ummagma and leading light of the mighty Shameless PR, we have discovered another clutch of singles sure to ignite your interest.

The Room in The Wood is centred round the creative union of guitarist Paul Cavanagh and vocalist Dave Jackson, the pair back writing and playing together again since the demise of their post-punk band The Room in 1985; a band whose single, Things Have Learnt to Walk That Ought to Crawl still finds an eager place in our ears. That alone sparked real anticipation as what The Room in The Wood might offer and as Charmed reveals, it is pure captivation.

The likes of The Doors, Burt Bacharach, Beck, Fleet Foxes, and Nick Cave have been offered up as suggestions to the band’s sound but as soon as Charmed began its suggestive balladry, it was The Monochrome Set which came to mind and escalated the natural magnetism of the song, To be fair, the track is unique to The Room in The Wood in every way but that additional scent does it no harm as neither the flighty lures of Simon James’ folkish flute and the autumn stroll of drummer Colin George Lamont’s rhythms.

Released via A Turntable Friend Records, Charmed is a slice of melodic beauty with snapping jaws at social disparity and a real joy.

Also released through A Turntable Friend Records is the latest single from the black watch, a LA-based outfit consisting of John Andrew Fredrick, Andy

Creighton, Scott Campbell, and Rob Campanella. Crying All The Time is taken from Brilliant Failures, the quartet’s new album planned for release mid-2020 and no finer a teaser for the full-length are you likely to hear.

A slice of psychedelic indie pop, the song has a definite eighties scent to its enterprise; indeed in certain moments and in varying degrees bands such as Echo and the Bunnymen, The Sound, and The House Of Love came to mind though it would be wrong to say that Crying All The Time shared anything less than the black watch richness.

From the citric jangle of guitar to the rampant incitement of rhythms and Fredrick’s participation encouraging vocals, the single rides pop rock instincts with creative boisterousness. Everything about it is virulent infectiousness yet embraces an organic DIY feel which again harkens back to late seventies/early eighties invention and boldness; another of numerous reasons to swiftly check it out, 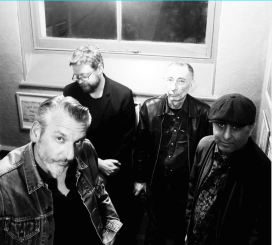 With their new self-titled mini album set for release January 31st, Beat Hotel share the second single from it on the 3rd. Bury It Deep is a song with an indie rock jangle and melodic pop catchiness and an ear pleasing invitation to that upcoming release.

Featuring current and former members of The June Brides, The Loft, The Weather Prophets, Distractions, Mudlow, Mojo Fins, and Lolita Storm and based between Brighton and Plymouth, Beat Hotel is the long-time project of guitarist/vocalist Paul Pascoe and bassist Arash Torabi. With drummer Dave Morgan having played on records alongside the likes of Jazz Butcher, Primal Scream, Vic Goddard, and Subway Sect, there was plenty to intrigue from the band’s musical experiences alone and Bury It Deep quickly rewarded with its accomplished enterprise.

There is a touch of Lloyd Cole and the Commotions to the song’s guitars at times, a hue which escalates its natural infectiousness and the melodic prowess of Pascoe and fellow guitarist Stephen Brett. With a psych rock breath adding to the track’s shimmer against the darker lit stroll of rhythms, Bury It Deep soon had ears hooked and with increasing strength by the listen. Released through Occultation Recordings, it is a song which suggests that upcoming release will be well worth a good listen.

Also with a new album in the wings, German gothic rockers MONO INC. release a pair of singles to entice ears towards that bigger proposition.

The Book of Fire and Louder Than Hell are the opening two songs upon The Book of Fire LP which will be released January 24th via SPV / NoCut in Europe and ADA / Entertainment One in North America. The eleventh full-length from the Hamburg quartet, it is a concept album of a “time when knowledge gained over centuries was systematically erased…A time of the inquisition”, an adventure the two singles suggest will make for a fascinating exploration.

The band’s sound is a weave of gothic rock and folk scented metal evenly embracing familiarity and uniqueness. The Book of Fire is a canter of melodic dexterity and lyrical intimation and straight away coaxes attention with its melodic lures before bursting into a bolder and heavier surge. Martin Engler’s tones soon unveil the track’s shadow bound tale as the rhythms of bassist Manuel Antoni and drummer Katha Mia echo that darkness.

Louder Than Hell similarly takes the imagination into a saga of drama and darkness and with matching enterprise from its electronic enticing to robust rock exploits. With Mia’s tones a rousing company to Engler’s lead and the guitar of Carl Fornia weaving suggestion as potent as the lyrics, the track makes for a stirring encounter, eclipsing its companion on the way with both tracks joining those previously mentioned in luring intrigue and attention the way of the bigger proposals they come from. 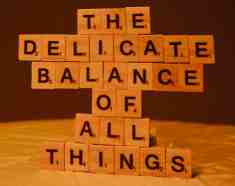 The final single we urge you to go explore is The Delicate Balance of All Things from Beauty in Chaos featuring Wayne Hussey. The song is the first appetiser for the LA-based collective’s new album, The Storm Before The Calm, a release due February 21st via 33.3 Music Collective which as its predecessor sees the project formed/led/curated by guitarist Michael Ciravolo (Human Drama/ Michael Aston’s Gene Loves Jezebel) uniting with the craft and talent of numerous musicians.

Also a potent part of that debut, Finding Beauty in Chaos, The Mission’s Hussey joins Ciravolo in The Delicate Balance of All Things, his distinctive tones a calm and suggestive presence within the psych bred web of guitar and the melodic shimmer from their evocative strands. Craftily infectious in groove and gait and hauntingly dramatic in tone and imagination, the track simply bewitched ears and appetite while laying the seeds of eager anticipation for The Storm Before The Calm.