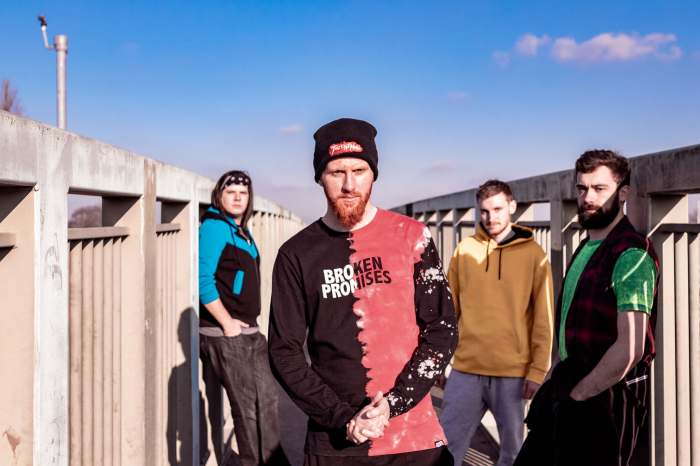 The eagerness of people to push forward UK metallers Crostpaths for attention has raised a certain intrigue and now with the release of their self-titled debut EP, it is easy to understand. It is a highly promising and more importantly thickly enjoyable introduction to the Kent Hailing outfit and easy to expect the fuel to further and greater interest in their potent sound. 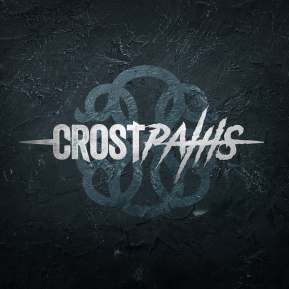 Formed a year ago, Crostpaths take the inspirations of bands such as Linkin Park, Skindred, and Papa Roach to their nu-metalcore tagged sound and it is the latter of the trio which most comes to mind across the EP’s three tracks. Even so there is plenty to their music which is refreshingly unique as it is familiar and as it evolves its true identity over time and maturity you can only see the former being the overbearing hue.

The EP opens with Pariah, teasing and taunting with the song’s initially set back bait before standing toe to toe with ears and thrusting rapacious riffs and tenacious rhythms through them. The crossover character of the band’s sound shapes the track’s first engagement, groove and alternative metal building its second manoeuvre as the lead vocals of Ritchie Murray Jack ably backed by those of bassist Owain Lewis prowl and pounce. Pitchshifter styled electronics equally add to the tempest of textures and temptation, the predacious breath of the song armoured by the eclectic web of sound which emerges in individual design across the EP.

If the first track had a bit of a Spineshank meets Papa Roach roar the following Meridian (Aftermath) finds an Emmure/The Kennedy Soundtrack like scent to its equally adventurous roar. There is a calmer melodic air to the song than its predecessor in some ways, Crostpaths exploring their more progressive post metal side but still there are moments when the song snarls and the band’s sound bites.

Bulldozer is the EP’s final offering, a cankerous slab of aggressively antagonistic metal with a combined Rage Against The Machine/Nonpoint resembling ferocity. Brief, taking no prisoners, it is a stirring end to an impressive first uprising with Crostpaths and we hope the first of many more rousing encounters.

The Crostpaths EP is out November 29th.