Courtesy of the similarly talented Shauna McLarnon (Ummagma/Shameless PR), we have a collection of tracks which not only deserve attention, they simply demand it.

NYC-based, The 1865 has already left an ear gripping mark on 2019 with the release of their debut album, Don’t Tread On We!, and are ensuring it is leaving with a just as potent  slice of their inimitable sound through new single, John Brown’s Gat.

Formed in 2017, The 1865 embrace influences from the likes of Bad Brains, Jimi Hendrix, Muddy Waters, and Minor Threat to their sound and listening to the new single it is easy to imagine that X-Ray Spex are another to inspire their creative instincts. Taken from their first full-length, the track was written in honour of John Brown, “a white man who believed that African Americans should not be enslaved and eventually he lost his life on behalf of his Nubian brothers and sisters.”

Instantly the guitar of band founder Sacha Jenkins (The White Mandingos, The Wilding Incident) teases ears, its sonic nagging swiftly joined by the bold rhythms of drummer Chuck Treece. It is a compelling start only more irresistible once the tones of vocalist Carolyn “Honeychild” Coleman (Apollo Heights / The Veldt, Badawi) stirs up even greater enterprise and animation in the song. Constantly twisting and turning in unpredictability and contagious imagination, the song swept us up in its creative theatre and punk rock rapacity; emerging  as one of the best singles to pleasure our ears this year.

Just as captivating in its own unique way is the debut single from dark electronic collective Dispel. Rising in a senses embracing fusion of darkwave, synthpop, and gothic rock, Modal

Consequence is an atmospherically caliginous hug of sound and intimation providing an enthralling teaser to the band’s first album due early next year.

Dispel is the creation of Scott Dispel, a founding member of hardcore band Face Value and also currently the drummer for TEXTBEAK. Within the band, he is joined by vocalist Ravensea and Sean Gallows, the trio reaping inspirations from artists such as Sisters of Mercy, Bauhaus, Clan of Xymox, Depeche Mode, VNV Nation, Delerium, The Misfits and The Cramps for a sound within the single which openly aligns familiar hues to bold new imagination.

Taken from their debut full-length, Lore, and “the moment where the Hero/Heroin takes that first step into that dangerous realm of the unknown” in their journey, Modal Consequence quickly envelops the listener in its dark hues, suggestive textures which prove as instinctively catchy as they are hauntingly sunless. Within that rich allure, the siren-esque tones of Ravensea captivate as she shares the drama and unknown horizons of the song’s protagonist.

With an Evanescence meets Nightwish breath to its electronic adventure, Modal Consequence quickly and firmly had us absorbed and keenly anticipating the arrival of Lore.

Another artist with a new album due early 2020 is Atlanta songstress K Michelle DuBois and she presents a magnetic appetiser in the shape of new single Feast or Famine. She admits she is not sure yet if the latest track will be part of the album’s collection of offerings yet such its inescapable captivation and another example of its creator’s instinct for exploring new and eclectic adventures, the song only provides a thick lure for its larger successor.

With guitarist Dan Dixon and drummer Chandler Rentz alongside on the song, DuBois weaves a sound enfolding eighties pop and electro inspirations in indie rock and darker textured flavours. There is a Stevie Nicks hue to her presence and the seduction of the music itself and equally echoes of the Blondie and Divinyls influence she welcomes though here too something individual arises from a rich blend and, within Feast or Famine, effortlessly enthrals.

The track harmonically shimmers into view, quickly catching its infectious stride as synth and rhythms unite in a catchy stroll over which DuBois’ vocals easily captivate. The electro pop heart within the rock bred body of the song pulsates, its charm a beacon for the bolder rock ‘n’ roll traits of the track to latch on to like a moth and from start to finish, it all together provides one riveting contagion.

Whether the track makes the final line-up of that upcoming album we will find out soon but it only sparks keen anticipation of that impending release as too does its predecessor, Waves Break, it similarly a virulent like of electro pop ‘n’ roll, with both available at https://kmichelledubois.bandcamp.com/track/feast-or-famine

Finally we eagerly suggest checking out the new EP from US shoegazers, The Veldt. The arresting Thanks to the Moth and Areanna Rose bears another collection of tracks soaked in the band’s 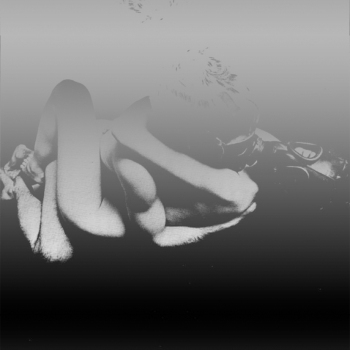 distinct and soulful sound and infectiously takes ears and imagination on atmospheric adventures.

Consisting of identical twins Daniel (vocals, guitar) and Danny Chavis (guitar), Hayato Nakao (bass), Marvin Levi (drums) and Alex Cox (guitar), The Veldt has consistently sparked our imaginations since their releases first emerged in the late eighties/early nineties. Some have fired us up more than others but each flight of their mood thick sound has been a source of fascination and reward with Thanks to the Moth and Areanna Rose one of the most potent.

The band’s sound is bred on the essences of shoegaze, dream pop, and soul and woven into soundscapes which seduce as they envelop, almost devour the senses. They are emotive affairs as proven by the new EP which come thick in intimation, rich in intimacy, and drenched in catchiness. EP opener, The Color Of Love Is Blue immediately proves the suggestion, its initial melodic invitation an echo of eighties indie pop but wrapped in the atmospheric density and emotion which marks The Veldt sound and an individuality which we can only slightly compare to the little known and now demised Japanese band, Tokyo Chaos City.

From its great start, the EP only pulled us in with richer potency, the bewitching Black and Blue and its fuzz infested climate and Fit to be Tied through its virulent romance of ears wrapping greater seduction and pleasure on the senses. From Daniel’s compelling tones to every aspect of the band’s invasively spellbinding endeavours, the tracks tantalised and ensnared; traits which persist across one of the band’s most absorbing releases yet, both Camus and Dakini smothering infatuated ears with their own imagination consuming charm and drama as emotional intensity comes in equally hypnotic waves.

Completed by the A.R.Kane Mix of I Like The Way You Talk and a Carlos Bess / Jason Furlow Mix of Dakini, the relentlessly absorbing Thanks to the Moth and Areanna Rose is the epitome of captivation and indeed pleasure.

And that is a roundup of some striking offerings which to ignore will only mean missing out on some real pleasure.

Both John Brown’s Gat and Don’t Tread On We! from The 1865 are out now, available digitally via Apple Music, Spotify and directly from the band via Bandcamp, as well as numerous other online stores.

Thanks to the Moth and Areanna Rose is available now @ https://theveldtmusic.bandcamp.com/releases