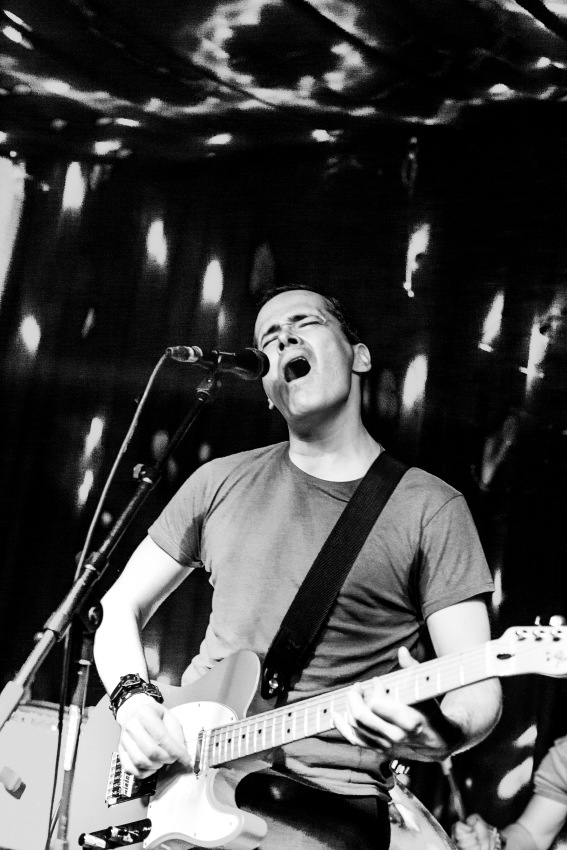 This November sees UK singer songwriter Matt Finucane release another moment of wholly individual temptation in the shape of The Seizure EP. Offering four tracks which spark on the senses as they provoke thought and emotions, the Brighton-based troubadour of disharmony again proves himself one of the most unique and honest artists around.

The Seizure EP follows his album Vanishing Island which earned deserved acclaim earlier this year. It was a collection of tracks even in their array of individual sound and discord which throughout embraced a pop rock bred contagion. The new encounter is of the same intent and in many ways is an even more rounded set of songs but each of the foursome stands boldly unique to each other and all ignited the imagination as they got under the skin in emotional and physical dissonance.

Evil Realm is first up, announcing itself with an immediate clang of guitar, a persistent clash of enticement honed into suggestive strumming as dark but just as inviting rhythms stroll. Finucane’s inimitable tones quickly join the infectious pop ‘n’ roll swung, punk infested clamour, his Mark E. Smith-esque delivery as potent as the words and incitement escaping his thoughts and throat. The track is superb, its inherent contagion of hooks amidst a post punk nurtured droning swiftly irresistible and the almost kaleidoscopic nature of its sound compelling with the almost freakish moments of relative calm carrying a Bill Nelson like suggestiveness simply icing on the skilfully instinctive pandemonium.

The following Honest Song is just as magnetic, it too coming in on an ear enticing lure of guitar. The bass of Stephen Parker again proves a dark invitation to get hooked up on; it’s tempting as brooding as it is catchy against the rhythmic swing of drummer Barney Guy. Again there is a post punk breath to the contagion loaded track, the perfect embrace and provocation to the equally invasive and insightful words of Finucane and side by side with its predecessor is our favourite time with the artist yet.

The disquiet croon of Raw Material is next up, the song a call of melodic enticement and vocal implication swaying in the swarthy embrace of cosmopolitan hues yet unsurprisingly there is a clamorous lining to it all and a volatility which leads to a doorway of psyche rock entanglement. It is typical Matt Finucane in its canvas and imagination but unique in his landscape of fascination and enterprise.

The Seizure concludes with the shadow wrapped acoustic balladry of Slaughter Ink. Featuring the 12-string guitar of Mik Hanscomb, the song is as haunting as it is bewitching, the tones of Finucane matching the enthralling draw of the often sepia hued sounds with his thought entangling lyrics.

In our experience every outing with Matt Finucane has proven an absorbing and rousing adventure in some rich level of degree but The Seizure might just be his finest proposition yet; in fact no question, it is.