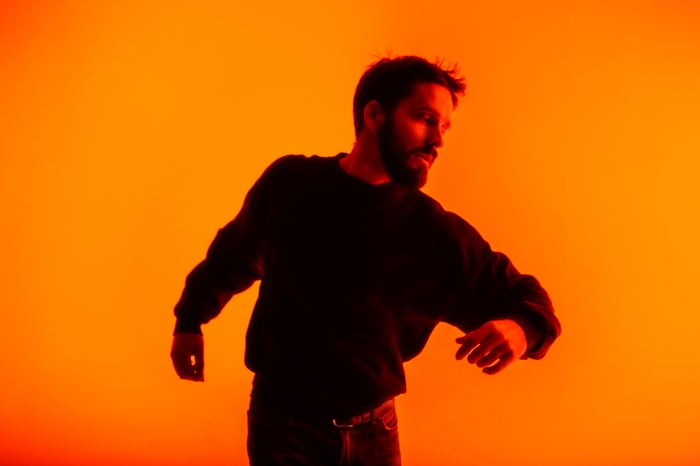 One of our most enjoyable and invigorating moments within music came a few years back seeing Dizraeli & The Small Gods on stage at The Boileroom in Guildford, every second of their performance pure captivation. Now with his debut solo album, Dizraeli or Rowan Alexander Sawday as his mum knows him has released one of the essential albums of the year; maybe the most striking and yes important encounters of this and any previously recent twelve months.

The Unmaster is an autobiographically inspired collection of songs which rise from a period of turbulence and struggle for creator and the world around him. As global chaos and uncertainty seems only destined to escalate, Dizraeli found his own escape from the suffocating darkness of a mental breakdown to create a release which is as cathartic at its core as it is bewitching in its sounds and imagination. The dark times the Bristol hailing rapper, social activist, producer and spoken word artist went through are the seeds to the intimacy soaked yet creatively flirtatious songs of The Unmaster and we can only concur with the suggestion of its press release, “the album speaks of madness and collapse, struggle and redemption with searing honesty, surreal humour and a soundtrack unlike anything you’ve heard.”

Dizraeli breeds his sounds from a fusion of hip hop, grime and folk across a West African inspired percussive tempting yet there is much more to his music as avant-garde-esque and electronic uniqueness among other hues help build the drama of every one of the album’s twenty one tracks. Within those mutually compelling moments there are spoken word glimpses of the shadows within and observed by their creator before and in the album’s birth while other times are almost like echoes from his darkest moments given seconds to return between songs to impact and emotionally arouse as the longer incitements around them.

We will concentrate on the fullest moments of time within The Unmaster but as he slight but rich opening track I’m A Wave (Part One) reveals, every breath and moment within the release is as impactful and compelling as another. The first track looms upon the senses with grey flumes building an increasingly dark embrace which searches out every corner of the imagination before Madness strolls in sharing its own thoughts of a sunless climate intimate and socially spreading the world. Rhythms dance with a hypnotic shuffle as unique and manipulative as the sounds around them and the examination escaping the throat and thoughts of Dizraeli.

Alone the song provides a reason to check out the album but then again the same can be said of most tracks including Ketamine Honey. Its street lit beginnings within a crepuscular breath leads to another rhythmically inspiring proposal quickly escalated by the urban jungle of sounds and its author’s magnetic suggestiveness with a vocal presence to match. There is virulence to every aspect of the track which sparks eager participation as the imagination paints with its intimation, qualities just as rousing within the likes of Rising Son and especially My Mama. Following another brief slither of emotion drenched release posing as Daylight Came, the first of the two stretches from its poetic beginnings within a cosmopolitan lure of percussion to swing with a melodic and hope enriched smile. The track took me back in some ways to that time with The Small Gods but again grew to something truly unique to album and Dizraeli. Its addictive enterprise and insistence is matched by that of its successor, a delicious track which has a gospel like tincture to its proud declaration and ridiculously catchy exploits.

I Freak Out is another which was under the skin within seconds as wooden percussion quickly tempts a broader web of African inspired rhythmic enticement. Body movement was an inevitable response as too a devouring of its emotive tapestry, again a form of instinctive involvement repeated in this case within the evocative Oi Oi and its skilfully painted canvas. Every sound and syllable comes with an unpredictability and ingenuity which makes you stop and pay eager attention, our thoughts and appetite devouring every creative moment with relish.

The dub tinged Shift Up Fatih pulsated and beguiled from its first lungful, manoeuvring thoughts and pleasure with ease while after further slices of poetic and openly intimate incitement with Creatures In The Ceiling pure dark haunting seduction and I The Unmaster sheer tenebrific captivation, Everybody Here’s Golden adds its own plaintive look on a world clasped by insanity. Again as every word makes a poignant and striking impact so the sounds aligning their thoughts equally stir and motivate, a kind of creative animation which just as wonderfully lights up the dark carnival-esque dance of Show Some Love.

The Unmaster ends with the deeply and emotive personal affirmation of living that is After She Gave Me The Sea, arguably Dizraeli’s heart at its most raw and open before leaving on a final tapestry of sound and inspiration in The Infinite Mix.

We have done The Unmaster a slight injustice by not mentioning every gripping track within its fascinating body but equally left plenty for you to discover for yourselves. This is an album which will connect on different levels with different people and as a companion bring an understanding and reassurance to anyone with mental health issues. As suggested at the start, The Unmaster on numerous levels is one of the essential explorations of 2019.