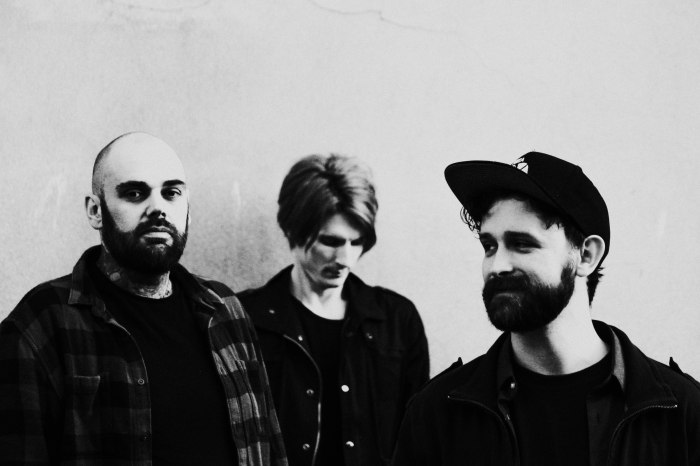 Clamorous, aggressive, and unapologetically abrasive, the sound of Welsh outfit Eva Bartok is a tempest of intensity and emotion yet an unapologetically contagious assault which makes their self-titled debut EP one impressive trespass. Offering four tracks which infest their surroundings like a primal storm, the release is a punk, metal, and noise bred cauldron of enterprise as virulent as it is cacophonous.

Eva Bartok breeds their tracks from the dissonance which shapes the world today, personal and broader issues from mental health to politics sparks to themes explored. It makes for a breath alone which takes no prisoner, defiance and resolve echoed in the tempest of sound joining the creative emprise.

The EP opens up with Lies and Trickery, the song almost taunting attention as Chris Hampson’s guitar wraps sonic wires around the waiting to erupt but still potent rhythmic presence of bassist Rob Pascoe and drummer Mikey Brown. Within another breath they do, a rousing and concussive mix as skilfully induced as the web of sonic discord and imagination around their forceful incitement. Hampson’s vocals are just as invasive and rousing, the track a swiftly tempestuous harassment of the senses as unpredictable and inventive as it is an ear crowding predator. 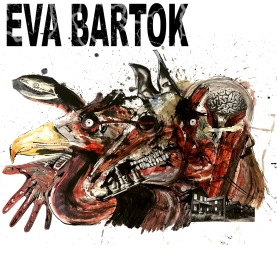 Chess Club is next up and immediately ensnared the appetite in its mesh of guitar borne threads and unscrupulous rhythmic manipulation. There is order in its disorder, vocals again a voracious antagonist within similarly bred sounds and all together making for an invasion of temptation and feral catchiness.

There is no escaping thinking of bands such as Converge, Every Time I Die, Refused and at times At the Drive-In across the EP but as shown by Mexico, Eva Bartok’s sound is unmistakably distinct and individual to them. The third track lingers back slightly as it brews its textures and sounds, subsequently launching at the listener in a rapacious clamour again craftily composed and venomously unleashed. Twists and turns come with relish and pass with lingering impact, the whole bullish storm a rousing incitement and as all tracks revealing the depth of the invention behind it by the listen.

Concluded by the caustic but welcomingly flirtatious squall that is Houses, another song which dances with the senses as it devours them and ignites the imagination with its entanglement of almost spiteful ideation and fevered enterprise, the Eva Bartok EP more than realises the promise of the band’s previous songs and sets a whole new agenda in reputation and spiky adventure.

The Eva Bartok EP is self-released on August 23rd.