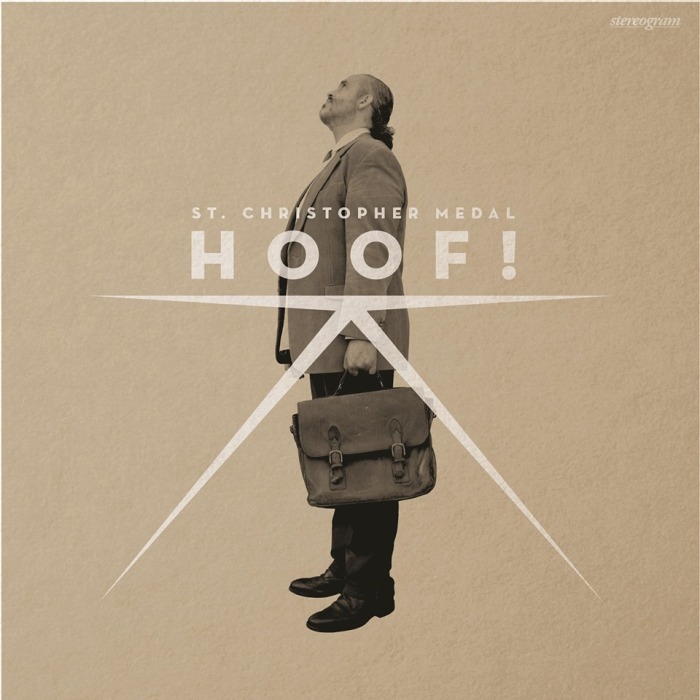 Hoof! sees the return of a particularly firm captivation going by the name of St. Christopher Medal. It was four years back that the Scotland hailing outfit bewitched attention and praise with debut album Sunny Day Machine and can look forward to much more of the same with its successor.

In many ways simply taking up the persuasive enterprise their first album left us with, Hoof! takes the listener deeper into the imagination and evocative fusion of country rock and Perthshire bred Americana which marked its predecessor. It brings a realm of melancholic poetry and melodic intimacy to the bracing remote isolation of the highlands but hope embracing songs which for the main effortlessly nestled under the skin as they ignited the imagination amidst personal associations.

Hoof! opens up with its first single, Fallen Angel rising up from a stark breeze to magnetically head through ears. In moments the spirited sounds of the track embraced ears, the earnest tones and words of Alistair Mathieson riding the bold stroll of rhythms as the evocative tapestry of Andrew Jeffries’ keys and the piano of Liam Cassidy weaved its suggestion. It is an immediately infectious affair with a tenacious rock heart aflame with the almost searing enterprise of guitarist Kenny Mathieson and a great start to a quickly compelling release.

The sensitive hug of Country Music follows, the song wrapping its melancholic reflection with the familiar essences of the wrapping its title suggests. It is a flavouring which does not generally spark our fires here yet in the craft of St. Christopher Medal only enticed as its in-depth experiences echoed before Wayne, Moon Pilot emerged from its spatial poetry aligned flight with its own expressive saunter, melodies and heart sharing voice again simply relaxing into one magnetic union with just a tinge of Bowie to its cosmic glide. Once more the band equip beauty and elegance with a sturdy rock ‘n’ roll spine, the rhythms of drummer David Mack and bassist Billy Nisbet almost imposing as they fire up the heat of the spiral of melodic fire escaping guitars.

From the dark shadows and sorrow of Baseball Jacket with the vocals of Steph Fraser a radiant companion to the more homely tones of Mathieson, and across the expansive landscape of the ultimately insular exploration of The Desert Wind & The Jazz Wolf, band and album only continued to seize attention and appetite with the latter especially commanding though soon outshone a touch by the Americana poppiness of Family Tent with its thick swing and contagious energy.

There is no lessening of temptation as Silver Lake and The Ties That Bind share their individual consternations, the first sharing a downcast examination before the second reflects on life within a bolder country rock canter with a certain wild west romancing to it, the easily enticing pair though eclipsed by the simply bewitching Diablo, a song which just kissed personal likes with its smiling melodies and virulent hook.

The album closes out upon the ripe sunset of Those Nights and its title track, each easy but inescapable temptation which sparked thoughts as firmly as attention, the last especially irresistible whilst epitomising the craft, imagination, and soul-stirring heart-rending prowess of St. Christopher Medal.

Whether Hoof! will cheer you up when truly down is debateable but it makes for an understanding companion whilst providing music which just captures the imagination; what better reason to immerse in the melancholia rich world of St. Christopher Medal.

Hoof! is out now via Stereogram Recordings; available @ https://stereogramrecordings.bandcamp.com/