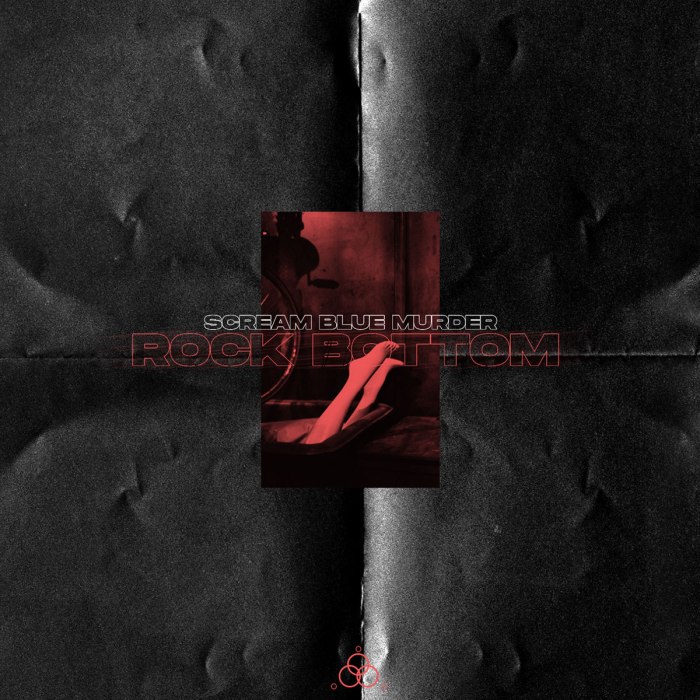 Certainly with their debut album three years back, metallers Scream Blue Murder more than teased our attention; a release which coaxed strong praise around the metalcore scene. Now the band has just uncaged its predecessor and the teasing upon our personal attention is over, replaced by a forceful grip from an encounter which confirms the Coventry quartet one as one of the UK’s most striking proposition.

Formed in 2014, Scream Blue Murder quickly gained eager support through their first EP, a release leading to the band signing with Stay Sick Recordings. It was that debut full-length two years later which really stirred things up, Hollow Stories a collection of imagination soaked and boldly delivered songs. Since its success, the band has toured the USA three times and cross EU/UK countless times sharing stages with the likes of Bury Tomorrow, Crossfaith, Of Mice And Men, We Are The Ocean, Cancer Bats, The Defiled, I, The Breather, With One Last Breath, The Red Chord and so many more. Rock Bottom though is a whole new ball game, the new strength and maturity in songwriting matched by the new depth of adventure and imagination fuelled its tracks.

The album opens with Death Sentence, Aaron Bloomer‘s easily engaging vocals kissed by a warm melody in the song’s shadows. It is a potent invitation which soon catches light as the song looms nearer and erupts in a fiery melodic metal roar. Intensity and aggression soon joins the growing tempest, but one which ebbs and flows in its assault as the band’s melodic and harmonic prowess entangles the core volatility of the encounter.  As it expands its landscape atmospheric intimation brings another compelling exploration within the already infectious proposition, the guitar of Jack Roddy constantly shaping and entangling the inescapable tempting with rich enterprise.

Inside follows and immediately confronts and trespasses the senses, the hefty swings of drummer Jamie Bloomer driving its incursion. Even so, the invasive proposal is infectiously wired, again raw and clean vocals to the core of a virulence embracing the untamed nature of some of the surrounding sounds. Jacob Houghton’s bass adds a thick moodiness as well as its own rousing endeavour, the song all the while, as its predecessor, aligning mellow and melodic intimation with metal irritability and creative hostility.

The album’s title track and new single lays out its own particular magnetism next, Rock Bottom eventually seeing its opening melancholic sea bubbling up with harsher emotion and intensity. Every wave crashes in with instinctive catchiness amidst intimate self-reflection, drama soaking every note and syllable before recent single Bury Me eclipses its haunting success with unbridled virulence. Bass and guitar collude in a swiftly tempting web of riffs and grooves but a mere twist in the emerging landscape of imagination and enterprise creating one of the album’s major highlights. Every angle of the song is devious in its captivation and incitement, anxiety and angst soaking the fluid union of prickly attitude, spirited aggression, and calm repose.

Light It Up is just as dramatic and potent straight after, it too equipped with inescapable hooks and delicious grooves within a tapestry of texture varied adventure. Easily the most infectious moment within the release despite the contagious might of so many others, the song just manipulated and enslaved participation from body and throat whilst relishing the band’s open imagination does miss the target yet with its tetchy air and keys bred melodic climate offering plenty to become engaged in, striding rhythms and vocal contemplation adding to its persuasive fuel, it leaves thick satisfaction in its wake before The Anchor offers up its own inventive web, rancor and splenetic emotion lining its harsher threads alongside causticity less catchiness. It too took a touch longer to fully tempt but with a rousing chorus and individual flair constantly uniting for a rich recipe of sound it left little else to be desired.

A new harshness and irascibility soaks the latter part of the album, Friends Like Judas ear grabbing proof yet that fractious increasing does nothing to diminish the instinctive catchiness of songs and choruses which just light up the senses. Another big highpoint within Rock Bottom, it leaves a hunger for more in its wake as it makes way for the equally imposing and spitefully enticing Over the Line where every dynamic breath and inventive turn left another layer of praised for release and band.

Victims of Violence completes the line-up of pleasures, its haunting intimation and threat soon a fertile tempest of craft and emotive volatility whilst providing a striking and thrilling end to a just as potent release.

There is something familiar about the Scream Blue Murder sound at times across Rock Bottom yet it is hard to define and is more than tempered by the bold uniqueness which surrounds it. From their more metalcore beginnings, the band has evolved a rich multi-flavoured sound which inspires as it thrills. The fact that it feels like Scream Blue Murder are still to fully tap into their potential means it is hard not to be rather excited for times ahead whilst enjoying this triumph of a release.