Praise and enjoyment came rather easily a couple of years back for the Very Cool and Groovy EP from UK rockers Puppet Kings and both have bubbled up just as keenly again as the duo release its successor in the shape of The Mountain. Offering four tracks revelling in the hard/classic rock bred, broadly flavoured sound which has already marked the band out, the new EP equally hit the spot very nicely.

Originally formed in Brighton but Clapham based for the past few years, Puppet Kings consists of Tomas Cochrane (guitars, bass and vocals) and Harry Lehane (drums and vocals). It is a pairing which swiftly sparked and has increasingly earned a potent reputation and eager following through their rousing live presence and just as stirring releases starting with debut EP Timebomb of 2015 and Very Cool and Groovy two years later. With each release, the band’s sound has grown in adventurous maturity and bolder imagination; a blossoming still on going with The Mountain.

The band’s sound is a mix of the familiar and individually fresh which has already produced songs which boisterously leap from the speakers with open dexterity and instinctive energy. The last EP offered up tracks which grabbed appetite and memory with ease but none as masterfully and tenaciously as The Mountain opener, The Message. The track teased and tempted the passions from its first breath, a throbbing bassline the main culprit but soon joined by the equally captivating throes of guitar and vocals alongside the skittish beats of Lehane. Their lure only escalates by note and riff, exploding in a manipulative roar within a chorus which just commands participation. Everything about the track is a rousing incitement, from its devious stroll and virulent bounce to the vocal prowess and lead of both men, the song pure rock ‘n’ roll motivation. 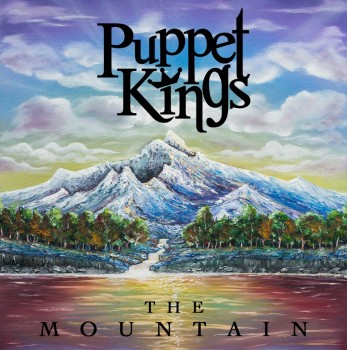 Such its mighty roar and success, the following three tracks sit in its shadow but fair to say there is little about each which fails to bring added pleasure to the EP. Mountain Song is the following encounter, a blues tinged groove emerging from sonic air to spark another body trespassing, keenly infectious canter. Again the vocals play a big part in any tempting but similarly guitar and rhythms imaginatively shape a song which settles rather enjoyably in the ears.

Age Of Austerity is next up, a coaxing melodic tendril luring the listener into a shadowy but just as inviting embrace of inventive infectiousness. At various times, Puppet Kings has been compared to bands such as Foo Fighters, Guns N Roses, Alice in Chains, and Royal Blood some of which echo the spicing within another compelling track but as it and the EP overall confirms, the band’s sound is becoming more individual to the pairing by the release.

Fellow UK duo, The Sea does come to mind at times across The Mountain, they another outfit unleashing honest and passionate rock ‘n’ roll and the closing roar of Bag Of Bones epitomises the power of those traits. Slowly but firmly rising to its feet with melodic and emotive intensity wrapped in blues rock nurtured grooves, that passion fuels every syllable and seductive fiery chord which erupts, charging up the track’s animated fervour and fire.

It is a fine end to another inescapably enjoyable outing with Puppet Kings, a band which just gets more compelling by the record.

The Mountain is out now.