Threatmantics – Shadow On Your Heart 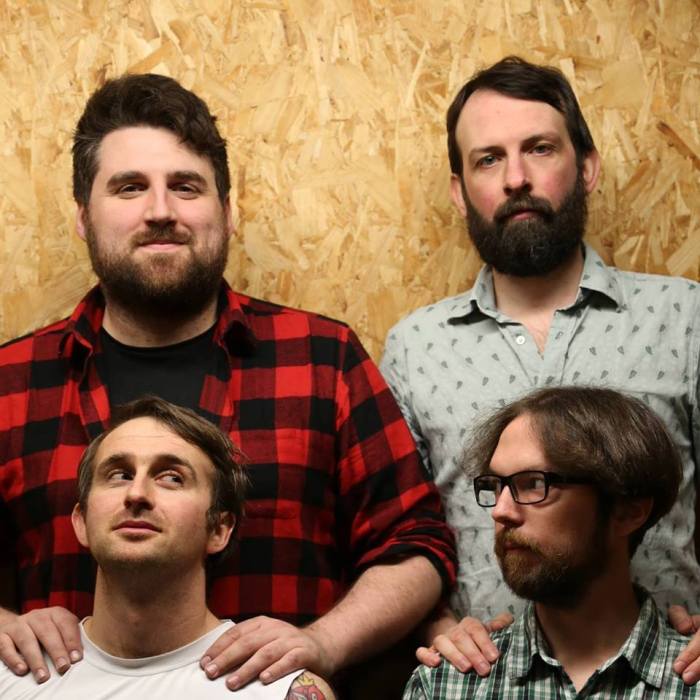 As we have suggested before, originality can be found in numerously various places within music but uniqueness is more of a holy grail as each decade passes. One band which radiates the latter is Welsh outfit Threatmantics; well certainly their third album, Shadow On Your Heart deserves that declaration and as frustratingly it is our own introduction to the Cardiff quartet we will eagerly generally tag them with it too.

Like mischievous troubadours, Threatmantics weave tales and musical adventures with a fusion of art and folk rock; though that alone only hints at the essences which make up their deviously tantalising sound. It is a proposition which embraces the hues of bands such as The Cardiacs, XTC, This Heat, Mr Bungle and Gorky’s Zygotic Mynci in various ways and places throughout Shadow On Your Heart but essences only spicing the band’s hard to pin down music and imagination.

Recorded with French producer Anne-Sophie Ouvrier, Shadow On Your Heart opens up the theatre within with it’s title track; initially tempting with snarly riffs before breaking into a smiling melodic saunter. Those few seconds alone had ears fully intrigued and attentive, the viola of Heddwyn Davies a summery lead alongside the earthier moves of Gareth Middleton’s bass and the crystal touch of Andrew Rhys Lewis’ guitar. Davies’ vocals are just as magnetic with their bard-esque character, a swing to their lilt matching that of the outstanding start to the album.

First Things is next up and just as much a tease of musical lures from its first breath; viola and rhythms colluding in instinctive temptation before vocals bring their own invitation to the immediately infectious brew. With a controlled but rousing burst of chorus and unpredictability in every move and twist in its drama, the song is aural devilment led by the equally catchy swinging beats of Huw Alun Davies. Echoes of Zanti Misfitz and The Cardiacs shimmer within the riveting encounter before Now You Are Gone reveals its own individual magnificence. Middleton’s bass is a delicious grumble, the guitar of Lewis sonic nectar while the vocals of Davies just recruit participation in the virulent saunter.

Who Is Afraid Of Patrick Wolf? is folk encrusted rock ‘n’ roll so easy to be enslaved by; a Horslips like scenting adding to its indie natured entangling of ears and appetite while Cold Warts darkly serenades with a Gorky’s Zygotic Mynci flavoured breath. Both tracks were as irresistible as those before, the second of the two adding Cardiacs meets post punk ingenuity to its kaleidoscope of multi-decade sourced antics.

The band’s new single follows, Dangos Dy Ddannedd a darkly lit seducing with volatility in its belly and melodic bedlam in its instincts. Increasingly intensifying in fever and pandemonium, it makes way for the McLusky natured mayhem of Krystal Pystol. A rousing ruckus of punk infused noise it in turn breaks from the speakers to allow the calmer breath and charm of Under The Sun to caress the senses. A rugged stomp emerges from its slightly disturbed tranquillity to manipulate and escalate an already in place satisfaction with the song’s exploits.

The album closes with the impish folk ‘n roll of Mother Folker From Hell, a song alone showing the array of flavours employed in the Threatmantics imagination and lastly the sludge thick chunter and feral crawl of Little Johnny. Imagine the mutant offspring of 12 Stone Toddler and Melvins and you get a sense of the sublime end to one glorious album.

Like us for us there may be many to whom Threatmantics is an undiscovered thrill so we suggest making Shadow On Your Heart the moment the rapture begins.

Shadow On Your Heart is out now through Ffatbyrg Records @ https://threatmantics.bandcamp.com/releases digitally and on 12” vinyl, with a limited edition, numbered run of hand printed covers by acclaimed Welsh artist John Abell.