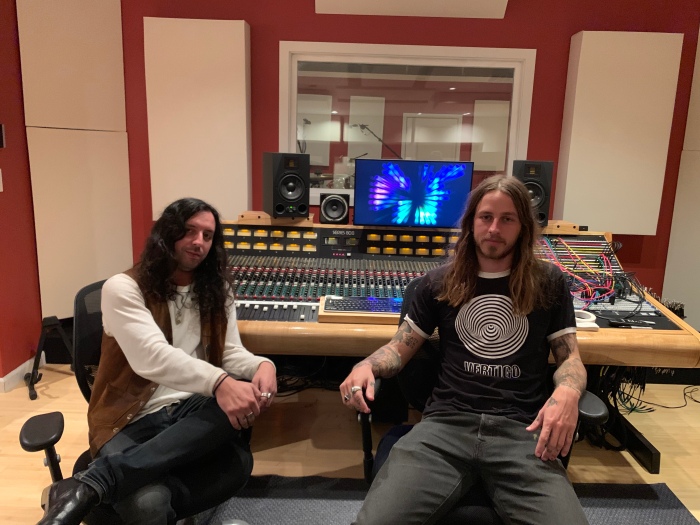 Like a crawling yet animated pestilence, comes a sound and aural ruin which infests the senses like a carnivorous scourge; a sonic trespass which within the debut release from US outfit Warish rises up as one highly fascinating and seriously enticing affair.

Formed by guitarist/vocalist Riley Hawk and drummer Bruce McDonnell, the 2018 emerging SoCal based band has seen a bit of a buzz brewing around it and it is easy to hear why across the five tracks making up the first Warish EP. It is a ravenously malignant and carnally caliginous invasion as visceral as it is fearsomely compelling; a raw gripping trespass bred from a fusion of raw horror punk, sludge infested grunge and feral noise punk. 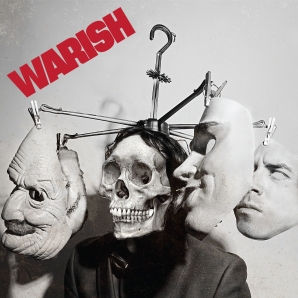 The EP took a mere breath to assault and stir ears and appetite through opener Bones, its initial riff struck bait the first thick lure in a voracious tide of punk ‘n’ roll. The effect tampered vocals only add to the already persuasive hell spawned temptation immersing track and listener, the threat and nag of rhythms escalating the insurgent swing and sonic infestation of the song’s slavery. Akin to a feral mix of The Scaners and The Hangmen in league with The Horrors and Misfits both in their formative years, the track effortlessly enslaved as too its successor which rises up from the sonic bridge between the two.

Riding in on a manipulative tide of rhythms, Voices quickly took control with its untamed groove and concussive attack easily sparking another round of lust with its inhuman exploits before Fight brings its own magnetic personality to proceedings. There is a mutual bedevilment and nightmare to the first pair of tracks even in their individuality but their successor reveals a whole fresh aspect to the Warish sound and adventure with melodic and psych rock imagination. It still has the punk and metal nurtured hues but entangled in a broader flavouring of styles and twisted enterprise.

The final pair of Human Being and Shivers similarly adds their own particular differences; the first seemingly fed on the riffs of Black Sabbath and the second seeded in old school punk subsequently soaked in the hellacious corrosiveness of stoner rock, heavy metal, and surf punk. Neither quite exploited the passions as the first trio of tracks but both easily escalated the lure and enjoyment of the debut Warish EP; and joined all in inspiring a hunger for plenty more from the rather exciting, potential strapped band.