Home › Music › Album › Desert Clouds – Nothing Beyond The Cage

Desert Clouds – Nothing Beyond The Cage 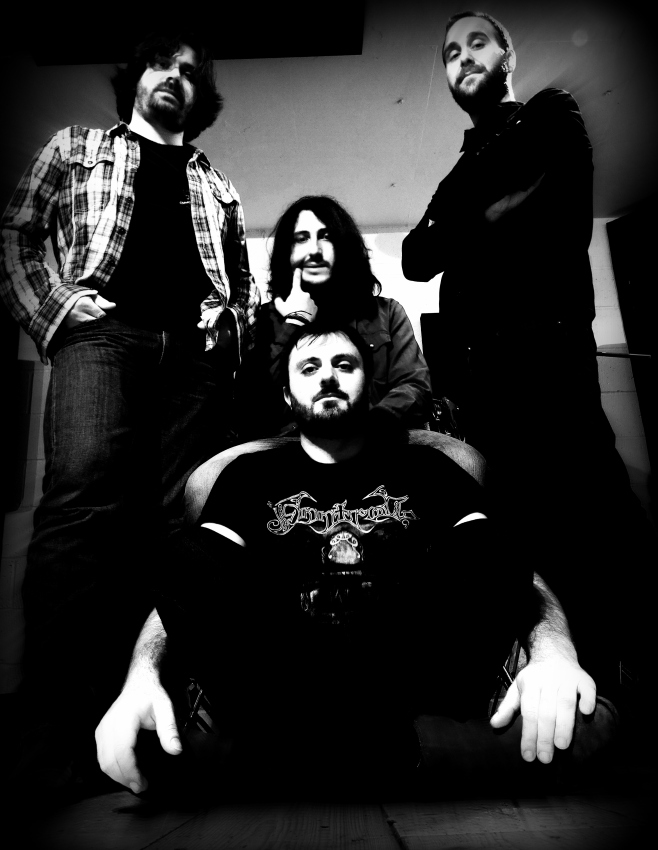 It is probably fair to say that we did not make an immediate connection with the new album from UK based rockers Desert Clouds yet there was a certain lure which took us back to its atmospheric embrace with intrigue and enthusiasm. It was an essence which grew richer as band and release, Nothing Beyond The Cage, blossomed by the listen into a fascinating and increasingly persuasive proposition.

Formed in 2008 in Naples, Italy, Desert Clouds relocated to London two years later. It was a time which saw instability in the band’s line-up though things were far more settled by the time 2017 EP, Time Distortions, was released; an encounter which drew strong attention the way of the band, praise carrying interest which was only built upon by subsequent singles in Speed of Light and Under Tons, both unveiled last year. It is easy to imagine that Nothing Beyond The Cage will only increase the reputation and stature of the quartet within the UK rock scene with its multi-flavoured and atmospherically provocative adventure.

Nurtured in a mix of grunge, stoner, doom, psych and alternative rock, the band’s sound is a seductive trespass as forceful and mercurial as it is plaintively intimate and brooding. Often it comes over within Nothing Beyond The Cage like a raw Doors meets a predacious Kyuss aligned to the emotive howls of early Coldplay amidst the soulful winds of Soundgarden but emerging if not boldly unique certainly clearly individual to Desert Clouds. 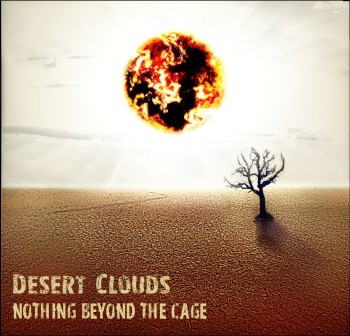 The album opens up with The Outcast Trail (See you Chris), a sullenly thoughtful ballad built on a web of melodic imagination and vocal emotion which roars like a funeral pyre in fiery crescendos. Unsurprisingly there are thick Soundgarden hues to the outstanding track, a tribute to Chris Cornell, with its sonic and emotive heat evocative and invasive, its enterprise seriously magnetic led by the inescapably compelling vocals.

The following Speed Of Light opens with a just as dark air, the bass of Julius Caesar a portentous throb within the wiry web and earthier riffs of guitarists/vocalists David Land and Val L. Wallace. With every passing note and vocal lure, the song’s intensity and drama increases, brewing up into a controlled yet feral blaze spiked by the predacious beats of Andrea Orabona. Though it lacked the spark of its outstanding predecessor for our appetite, the song enticed and lingered behind its wake before next up Take Off harassed the senses with its moody almost irritable melodic roar. Grooved tendrils vine the track with increasing captivation, their incandescent lures lava-esque within the song’s muggy climate.

The calmer but mercurial balladry of Under Tons tempts next, its tenacious croon as untamed as it is intimately restrained with every moment contrasted within another twist courtesy of craft and imagination before Overmore springs its desert/psych rock exploits on ears. A certain QOTSA lining adds to a swift appeal while its successor The Judgement carries a Coldplay/Muse like spicing which grew more flavoursome by the listen. All three tracks flourished over time whilst equally sharing the, at times understated but certainly not hidden, broad palette of sound the band creates with.

Final track is Whistling In The Rain, an almost bestial encounter in its prowling gait and ursine-esque growl but lava-like in its sonic climate and scorching winds. From vocals to guitar, rhythms to atmospheric conjuring, the song is another mighty highlight to Nothing Beyond The Cage, a release which we might have needed time to take to but have with real eagerness once we clicked.

Nothing Beyond The Cage is released January 18th.