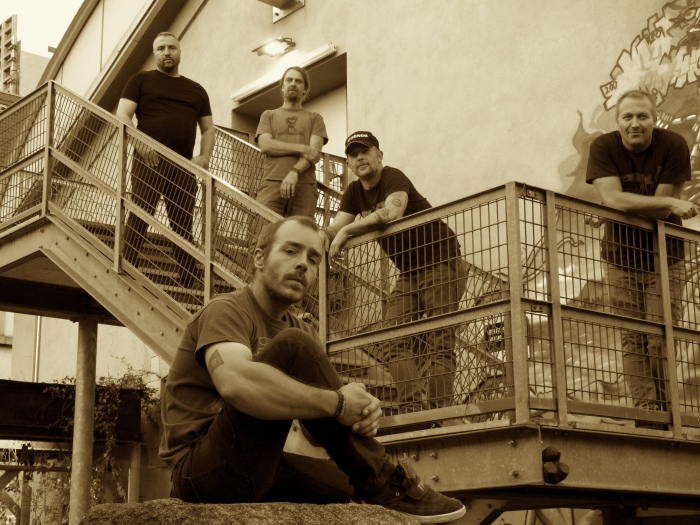 Formed in 2001, Luxembourg hailing metallers Abstract Rapture especially drew praise with the release of their album Earthcrush. Now seven years after its successful release and “significant” line-up changes the band have its successor primed to re-stir attention and such the craft and enterprise within Hollow Motion it is easy to see the quintet courting the biggest spotlights and plaudits.

Woven in a tapestry of metal bred flavours courting everything from groove and nu to death and thrash metal, the band’s sound and new album is a cauldron of adventure and imagination embracing the familiar and unique. Hollow Motion is a dark melancholic proposition yet a beast with a discontent fuelled fire in its belly and attitude nurtured tension in its breath.

The album opens with A Promise from the Ghouls and immediately lured ears with its rhythmic invitation, the teasing collusion of infectious beats with a dark earthy bass grumble devious. Swiftly the predacious edge of the guitar joins the threat, it all soon sparking into a rapacious stroll further accentuated by the potent tones of Dritt. The swinging grooves and continually intimidating edge of the track made for a compelling and infectious proposal unafraid to twist and turn with further imagination and creative trespassing sparked by the melodic and sonic prowess of guitarists Alex and Nol. It is an ear and appetite grabbing start to the album which continues through next up The Cancer in Your Soul.

The second track is instantly a more predatory proposal, almost stalking the senses even as melodic and grungier hues spring forward from within its ill-intent. Individual craft joins united endeavour as the song blossoms with each adventurous move, it maybe not as strikingly manipulative as its predecessor but just as imaginatively captivating before Endless Chapter grips ears with its own wily exploits. Again the swings of Spit incite as they bite, nagging grooves entangling his tenacious strikes as vocals incite. Across the album there is an essence of Mudvayne meets Disturbed meets Machine Head and no more so than within this gripping offering. 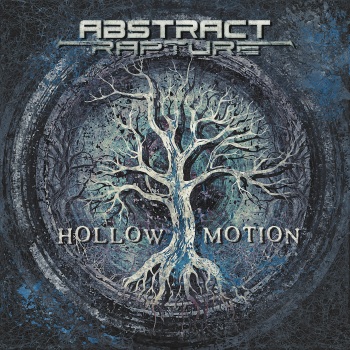 Blood-Red Revolt brought even stronger enticement and incitement to body and pleasure, the track a definite favourite, writhing as it fingers the imagination with its boisterously manipulative and widely flavoursome antics before, following the brief chillingly haunting and increasingly threatening lead of …and Winter Comes, the predacious Inner Plague prowls and teasing the senses with its own venomous but darkly seductive threat. As ever the tenebrific yet tempting growl of Maks’ bass fuels the alluring menacing; constantly keeping the listener on their toes alongside the drums even as melodic flames and enterprise blazes away.

From one outstanding moment to another as Venom Skies descends on the senses with intrusively skittish beats to the fore before its sonic spiral springs another web of riveting and toxic conspiracy built on craft and imagination. The swing of the track is inescapable, its resourceful weave innovative even as familiar hues add to its appealing canvas.

Through the simply invigorating deeds of The Fear Industry and the calmer but similarly enticing Hollow Soul, ears were only firmly held; both tracks and especially the first of the pair offering snares of sound and touch which left us simply greedy for more before Ego Non Te Absolvo (A Drunken Conclusion) brought the album to a destructively intimate and provocative close.

It is a fascinating, tormented end to an album which is almost intense in its dark tone whilst bordering the kaleidoscopic in a sound which still embraces a particular hue that is individual to Abstract Rapture. Hollow Motion will be an introduction to a great many even being the band’s third full-length, one announcing  Abstract Rapture to all as being one striking and thrilling proposition.

Hollow Motion is out now, distributed by Black N ‘Purple Records, across most stores.