Home › Interviews › Living in the flames of Vaya

Living in the flames of Vaya 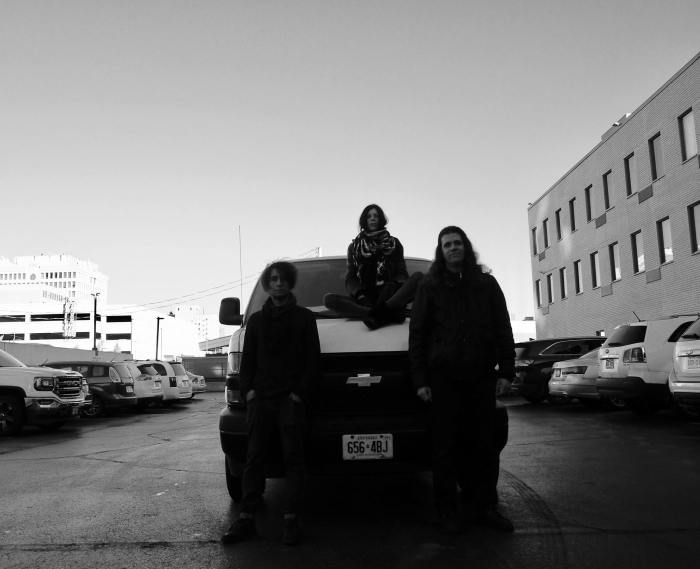 “Her spirit is screaming and blowing on the stage. She is the drums and her soul rises up through the sacred fire of music.”

This is a line from the Vaya biography on social media which sums up the creative and instinctive roar of the Canadian singer and band, and reason enough to find out more which we recently did with great thanks to the trio…

Victoria VAYA: Actual VAYA’s members Raphael, Philippe and me have met through this project step by step. First I met “by hazard” Raphaël through a “next door” music shop, when I had just moved into this area. The people talked about him, he is a good drummer so I contacted him. And Philippe joined us when the album was recorded and when we need to build a team for the live shows. I think he just answered to the music call. It was written. Then we are managing the stage from one year sharing the same powerful feeling for the rock music and eclectic colours if it.

RAPHAEL: Hi RingMaster, Victoria VAYA learned that I played the drums from a music store in Gland (CH). One day, she called me to record the first drums of VAYA. I never left since!

Have you been or are involved in other bands? If so has that had any impact on what you are doing now, in maybe inspiring a change of style or direction?

Victoria VAYA: Yes I was. It was totally different. It was interesting but I was always feeling that is not my all expression in it. It was good experiences for the studio record part than the stage but I felt not complete. Now with VAYA, I really have so much pleasure to express all that animal and mystical energy through sounds and rhythms: it’s magic!

Philippe: Yes, actually I’m involved in 4 different bands: 1 funk, jazz, fusion band, 1 country blues folk band, of course Vaya and I’m starting a new jazz, salsa, samba band with another guitar player and we’re looking for other musicians too. 4 years ago, I played in a Celtic rock band and a blues rock band too. It’s very different than what I played in my former bands and in my actual bands but it’s interesting to combine those different styles and I always try to adapt myself in every situations.

RAPHAEL: I have been involved in many bands before. Now, I mainly focus on VAYA. Meeting other musicians with influences from all over the world has always been a positive and constructive impact on my drums’ play.

Victoria VAYA:  AHAHAH I like this question. GOD? Or the Blow of it. As artists we just receive the flow of ideas around and translating it. So VAYA is the Legend of The White Wolf blowing on Earth. Ameridian people know more than us about the spirit of it but for sure it’s guiding and inspiring VAYA step by step. Something spiritual and for sure human. 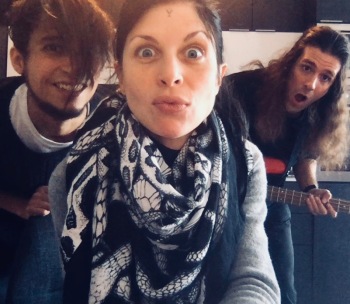 Victoria VAYA: Specific Idea? I don’t know. We are guided between intuition, talent combined and lot of passion and work time. So our sound is colourful and the most important, authentic.

Do the same things still drive the band when it was fresh-faced and how would you say your sound has evolved over time?

Victoria VAYA: We are “Evolution” by defining human being. We are simply always bounded by sharing our musician souls everywhere in the world.

Philippe: Yes we evolved a lot, first we were more like a metal band, than we changed the style, we use more percussions and now we start by using keyboard and it brings a new sound of the band!

Victoria VAYA: OH VAYA has an interesting evolution and it’s probably why I’m stoked with it. 😀 The first step of the album was done with a French composer, then he has to quit and I have to continue. So arrived a Hungarian composer with a real good classical background and a good rocky spirit and he gave a lot of keys for the arrangements of VAYA tracks album. Then for the next step VAYA needed to find a powerful evolution to go on stage and it’s when VAYA met the volcanic Chilean blood of Sebastian, also with a real good academic background. So I mean VAYA is rich of differences and musicians souls

Philippe: When I was young, I was more inspired by hard-rock, heavy-metal, then I changed, I started listening, studying and playing jazz, after played more blues and now, I play so many kinds of music and I’m back to rock.

RAPHAEL: My drums are now stronger into the groove. I am happy about this, it is really for VAYA!

I have a nice memory of the recording of the first studio album. There was someone who directed the arrangements and told what I had to play. Sometimes, I had no idea what would be the final results! When I listened to this album, I was well surprised!

The live album is more representative of my own sound.

And that movement in sound and anything else has been more organic or deliberate?

Philippe: Yeah, we always try to experiment new things, new sounds, new songs, new ideas, it depends in what mood we are!

Philippe: I always try to adapt myself, to play and compose songs depending of the different styles I play in every band.

Is there a process which generally guides the writing of songs?

Victoria VAYA: So I am actually on the composing roots. Could be change never know, I always send ideas and people catch it for developing it, that’s the sharing part. No process. Sometimes it’s a drum that will be the first step, sometimes lyrics or a guitar riff or a keyboard song. I am receiving it and managing it to put all together.

Philippe: I think when someone has an idea for a new song, he or she brings it to the band, then we listen to it, we talk about it and then we try to play it together the best we can and everybody’s free to give his own opinion to change something, or to improve it. 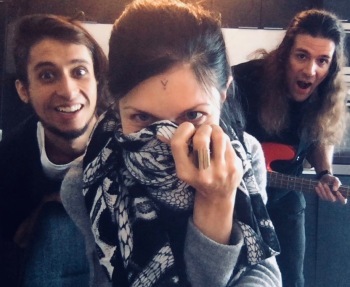 Philippe: Sometimes when I’m home and I try to find something good, or when I’m outside, in the street, in the train or wherever, it can happen anytime in any places

Victoria VAYA: WOW, it will take too much time, just listen and discover our double album it will connect you to your deepest part.

How about some insight to the themes and premise behind it and its songs.

Victoria VAYA: Oh my Dear. So the biggest thing who’s giving to you power what is it? The law of Nature :)))))) Then second is: Human experiences/observations. And you do a bridge between them.

Victoria VAYA: Both of it. For sample Biscuit and Friends are born on studio record. The arrangement of My little curl too…So a mix of it.

Philippe: Actually, we went once to a studio to record altogether and now, we’re working on new songs for the next album, so right now if we have ideas for new songs, we record it on our own on the computer.

RAPHAEL: I’d rather prefer to go into the studio prepared to win some time (and some money). Sometimes it could be interesting to develop a song in the studio. The song BLOW is a nice example.

Tell us about the live side to the band, presumably a favourite aspect of the band?

Victoria VAYA: Absolutely: it’s being true and powerful for giving a real good travel to you guys! 😉

Philippe: The favourite aspect is when we’re on stage, with a good sound and with an enthusiastic audience, when we all have so much fun!

RAPHAEL: a live show that you will remember. The voice is so powerful, and without any light shows. I am always surprised that the audience is thankful and go back home with a smile.

It is not easy for any new band to make an impact regionally let alone nationally and further afield. How have you found?

Victoria VAYA: I am always surprised people liked our live show. First in Switzerland where we met each other; the public there is really difficult to “ seduce” with a new way of expressing music; but they liked the spirit of the sacred fire. And such a lovely warm welcome into our last East of Europe tour. It’s growing step by step but because public is really welcome and is clearly a part of our music, VAYA is continuing with them. I would like to take that opportunity to say again thank you for all your encouragements everywhere we have played.

Philippe: It’s really hard for every new band to get known! You have to keep playing as often as possible in many different places. And Yes everything can happen, if you work very hard, if you focus and believe in yourself and the band, great things can happen!

RAPHAEL: I have worked for years in order to meet the good people in the music business to get the trust in my projects. This is paying now.

How has the internet and social media impacted on the band to date? Do you see it ultimately as a negative or positive?

Victoria VAYA: So Raphael is probably the right person to answer to that question

RAPHAEL: One day, I put the band on Instagram and someone discovered us from Canada. Zolla Productions is now in charge of our booking in Canada. It takes a lot of time to manage the social media, but I think this is essential nowadays to show people the development of VAYA.

Once again our big thanks for sharing time with us; anything you would like to add or reveal for the readers?

Victoria VAYA: Come and share the sacred fire with us. VAYA VAYA.