Courting the richest essences of metal and heavy rock for a roar which resonates like an invigorating air clearing storm, Brazilian rockers Owl Company have just released their new album. A thirteen track anthemic holler, Iris has an eye on the intimate and worldly explored through sounds which are equally as broad as they are inwardly nurtured; it all resulting in a record which simply thrilled and impressed at every turn.

From São Paulo, the foundations for Owl Company began when vocalist Enrico Minelli and guitarist Felipe Ruiz began writing together, the pair soon bringing in drummer Thiago Biasoli. 2017 saw the release of debut album, Horizon, and the recruitment of guitarist Bruno Solera and bassist Fabio Yamamoto. A flame of attention upon the band was soon burning bright, Owl Company touring the US, and only intensified by the release of their single Pieces which led to them signing with Eclipse Records earlier this year. Now the band is poised to strike internationally with the release of the Matt Wallace (Maroon 5, Faith No More) mixed and Paul Logus (Stone Sour, Pop Evil) mastered Iris.

It opens up with the breath-taking One Last Time. Instantly the great bearish growl of Minelli is melodically snarling in the hug of voracious riffs and tenacious rhythms. A break in its trespass brings spicy grooves and a magnetic swagger bred in a collusion of melodic metal and heavy hard rock. As each song proves, there is an array of flavours entangled in the band’s rousing sound, each spicing united in open craft and hearty endeavour. 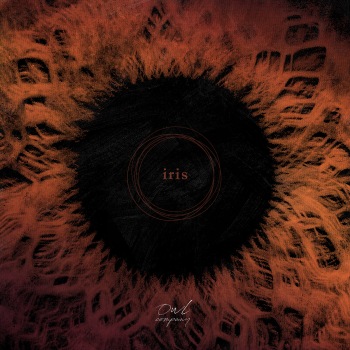 It is a thumping start to the album more than backed by the following Boogie Man, the track unleashing its groove from the first second and never relinquishing its lusty grip thereon in. From the earthy grumble of the bass to the voracious enterprise of the guitars, the song is a masterfully animated incitement; Minelli’s tones the ringleader to its anthemic prowess as it grabbed best track honours.

Next up, Rise brings a calmer proposition but one just as earnest in its heart and captivating in its layered dynamics building small crescendos which erupt in emotive intensity. As with all tracks, there is drama in every note and syllable which compels attention, its successor, Antagonist, just one echo in that respect. The band’s new single, it initially badgers and harries the senses before twisting into a flirtatious trespass full of unpredictability turns and stirring imagination. In a clutch of seconds it can stalk and prey on ears and within another few hug its victim with melodic caresses as it proves itself another major peak within the album.

The previous and lead single from Iris is the next,  Shattered Dreams igniting ears and appetite with its own tapestry of styles and textures in an inviting web bordering battlefield of enterprise while Dawn of Days in turn provides a mellower but still fiery offering with Minelli imperial, in a Rasputin way, within the enthralling wiry net of grooves and melody cast by Ruiz and Solera. The big swinging beats of Biasoli as ever provide an imposingly arousing incitement as Yamamoto’s bass springs a sweet spot hitting groove to complete the track’s manipulative persuasion.

Through the big boned, contagious southern rock lined enticement of Broken Paradigm and the predacious emotionally strained lures of Disconnected, the album’s hand only tightens on praise and enjoyment while Forbidden Ground stirs another eddy of full pleasure with its deviously grooved, Clutch-esque bellow. All three hit the spot with the third another pinnacle in an encounter proving an addictive encounter.

The Other Side soon shows that Owl Company are just as adept at emotion woven balladry, the song a tantalising croon with a great mercurial character to its volatile landscape; one especially blossoming on the craft of bass and voice.  Maybe not as immediately striking as those before it, the track only grows by the listen rising to be another big moment within Iris.

The final trio of Shades, with its enlivening dynamics, the intimately reflecting Doors, and the impassioned Angel bring the release to a powerful and stirring close, the final track especially bewitching. Each adds a new shade to the creative palette of Iris and all as rousing in their singularly individual ways as the earlier vociferous anthems.

Among a host of truly impressive and more importantly thrilling encounters to escape 2018, Iris ranks with the very best and Owl Company will soon have to deal with being under the biggest spotlights. Something you can only see them grabbing with eager hands.

Iris is out now through Eclipse Records across most stores.