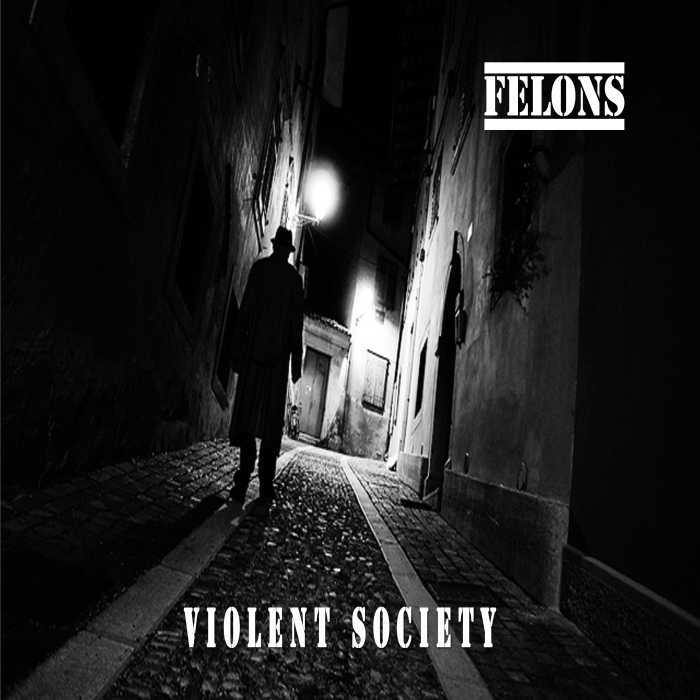 Offering up three short bruising shocks to the system, Violent Society is the new EP from UK quartet Felons; an encounter providing all the reasons why punk rock still gets our juices going like no other genre.

Who’s In Debt To Who? opens up the Dan Bazan recorded and produced EP, the track following its initial welcoming hook with a furious holler of middle finger raised defiance and observation as imposingly infectious as it is unapologetically irritable. Whipping the imagination back to the late seventies/early eighties whilst stirring up its own modern individuality, the track effortlessly incited inner dissent whilst stirring an ever eager punk appetite with its irreverent exploits.

The following Pacing offers up a mere 47 seconds of sonic subversion but  a fleeting time as untamed as it is instinctively manipulative and all infernal goodness. The dual vocal attack inflames an already organic dissonance, a combination spewing fractious incitement within an unbridled tetchy attack which needed little time, which is lucky considering the length of the trespass, to ignite ears and appetite.

The release closes with its title track; Violent Society slowly, in comparison to its predecessor, enticing ears with a bass grumble as the guitar flirts from time to time before breaking into a deliciously nagging stroll with a Disorder-esque glare to its choleric breath. In no time it announced itself as the best of three irresistible infestations of sound and attitude, reinforcing its claim by the second

Violent Society is our introduction to Felons and, with hindsight and a just as enriching meeting with its predecessor to support its declaration, installs its creators as another of punk’s new exciting perpetrators giving reason as to why the genre can still incite and arouse like it did way back.

Violent Society is available now @ https://felonspunx.bandcamp.com/releases as a name your price digital release and on CD.