Siblings Of Us – Gargantua 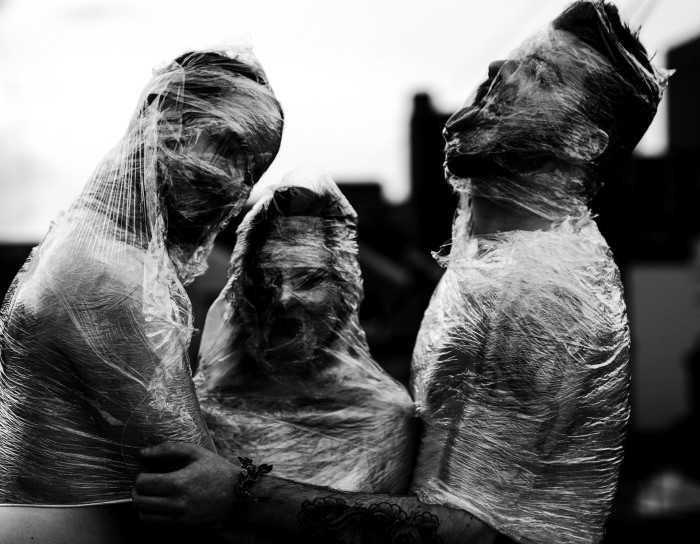 Creating a maze of intrigue and diversity smothered in a web of unpredictable imagination UK outfit Siblings Of Us offer up their new release. Any sound and encounter which refuses to be pigeonholed provides an instinctive lure and without doubt the Bristol trio and their Gargantua EP defies any attempt to pin them down as essences from synth and progressive rock entangle with elements of indie, new wave, and plenty more. It makes for an ear enticing proposition which admittedly left us a little bewildered, slightly unsure occasionally and thoroughly pleasured. 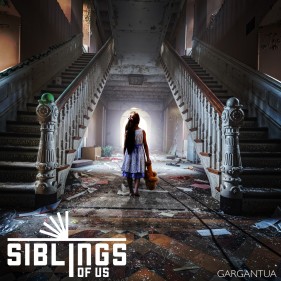 Gargantua opens up with Pizza Liza where synths immediately create a spirally coaxing before swinging rhythms and melodic heat accompanies the song’s emerging muscular presence. There is a natural catchiness to the weight though, synths all the while creating a bubbling sea of melodic intimation and temptation and at times adding a scent of The Stranglers’ Dave Greenfield to the fun. We will admit that the falsetto vocals of the band, a proposition something akin to The Bee Gees woozy after having their unmentionables firmly squeezed, was the one element personal tastes laboured with but certainly they are no weakness in the band or its sound especially as they add a touch of organic energy and a great emotional ‘desperation’ to things.

The following Chicago Glass Twins similarly strolls in with its old rock ‘n’ roll inclinations to the fore, synths and vocals flirting with ears as they ride the intrusive rhythmic tide craftily led by Daymond. Detours and suggestive interludes accompany the track’s bold trail of enterprise, every moment adding to its captivation as it outshines its predecessor before Breed & Company repeats the success as it flows into a calm, reflective mood and melodic croon. It too carries an intensity which erupts with Muse meets Axis Mundi imagination, the song bursting with volatility to fine effect.

The EP closes up with A Gang Called Wonder, a slice of infection loaded synthwave with predatory instincts and just a shade of mania to its intent. The track epitomises the whole EP; a fascinating and thoroughly magnetic affair that just demands attention.

By the record, the Sibling Of Us sound has evolved with eager adventure, Gargantua another highly enjoyable twist in its journey; a pleasure ensuring their next offering is going to be highly anticipated.

Gargantua hits all outlets on 2nd November, via RetroSynth Records.