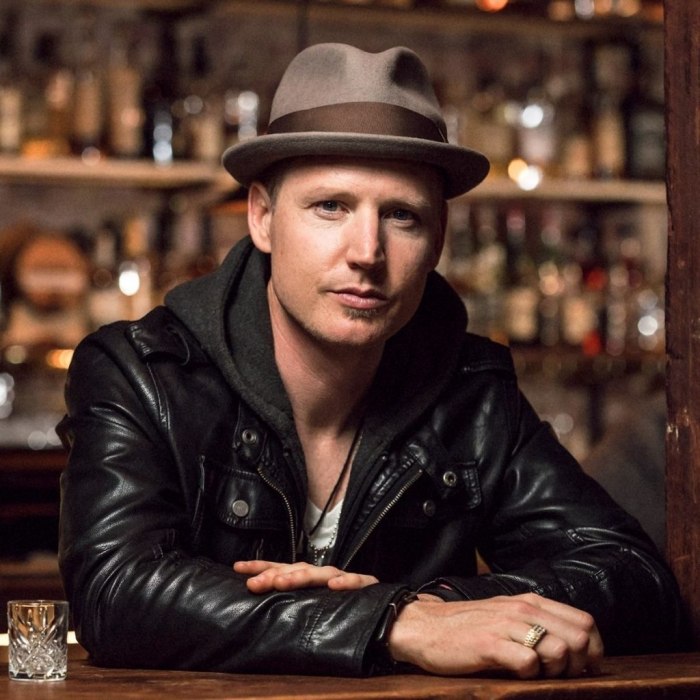 It is easy to get the feeling that Matty T Wall is a well-respected and keenly supported artist in his Australian homeland, his new album carrying all the intimation and just as simple to expect its fine body of songs to push the man towards far broader international attention. Sidewinder is an imaginative and inventively accomplished proposition bred in the blues and its roots but Wall is an artist also unafraid to embrace an array of other flavours modern and past. This makes for a release which captivates and surprises with regularity; a record which is a real pleasure to join.

With bassist Stephen Walker and drummer Ric Whittle alongside, Wall creates a tapestry of genres and styles with his openly creative and individual playing. His guitar spins tales as potent as his voice, evidence immediate in album opener Slideride. The instrumental in seconds had ears gripped, the fuzz of guitar and tease of keys provided by Gordon Cant instant devilry inciting body and imagination as the track’s devilish stroll erupted into life. Flames of horns from Steve Searle just added to the manipulation, the song a swinging rousing slice of enterprise kicking the album off in magnificent style.

It is a start kept lively and potent by the album’s following title track. Blues and hard rock unite in a song which swiftly has the body bouncing, Wall’s vocals a rich ingredient in its growing engagement with ears. It has a traditional air to its flavouring but united with bold enterprise from modern imagination providing something unashamedly familiar but keenly fresh. 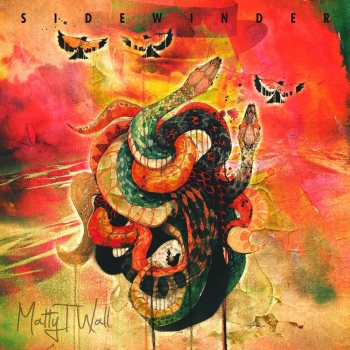 As suggested earlier, there is an eclectic character to the album no better epitomised than by the following Something Beautiful. A cover of the Troy “Trombone Shorty” Andrews track it is a glorious slice of pop shaped rock which just radiates temptation from the magnetic vocals to the uncomplicated but flirtatious tease of guitar and the understated but potent moody hues of the bass. It is a superb rival to its predecessors for best album song and in turn matched by another cover in Wall’s version of Sam Cooke’s Change Is Gonna Come; itself a firmly captivating take on a great song with the strings of Jonas Petersen an added pleasure.

Can’t Stop Thinking shares its seductive prowess next, the fiery vines of Wall’s guitar compelling heat to the darker stroll of the bass and the crisp raps of Whittle’s beats. Cant’s organ is a link between the shades, a suggestive glaze and temper to the song’s electric jazz fire. From its relative calm, the rock ‘n’ roll of the excellent Shake It had the body bouncing with ease straight after, its blues intoxication a boozy but defined incitement firmly rivalled by Going Down. The latter is a version of the Don Nix classic originally recorded by Moloch in the late sixties. It is a song given numerous outings by an array of acclaimed artists over the years and Wall’s ballsy rendition ranks high among them.

The jazzy flirtation of Aint That The Truth is a mellower but no less enticing turn in the album’s adventure; a song which lured participation in voice and hips as easily as it had ears hungry for more. Its summery swing was unadulterated temptation setting up the appetite perfectly for the rawer antics of Sophia’s Strut. Whether it was or not, the instrumental feels like an improv slice of fun taking the listener into the charged surroundings of an old school blues club, the track rocking out with Wall’s open craft and its inherent devilment.

The groove woven Walk Out The Door is an even more compelling moment in the release with its fusion of funk, jazz, and blues rock a spark to losing inhibitions as another pinnacle within Sidewinder emerged with style and relish. Bred from essences drawn from across the decades, the track swiftly proved addictive on its first listen before compliant ears were just as drawn by the intimate balladry of Leave It All Behind and its delicate melodies, evocative vocals, and the melancholy draped magnetism of strings.

The album concludes with a cover of the Chris Thomas King song Mississippi Kkkrossroads, Wall adding to its hip hop/electric blues credentials with his own rock ‘n’ roll instincts. It is a great end to an album which has increasingly impressed and aroused. Matty T Wall might be a new name to a great many outside of the Australian rock scene but not for much longer if Sidewinder gets the attention it undoubtedly warrants.

Sidewinder is out now via Hipsterdumpster Records across most online stores.