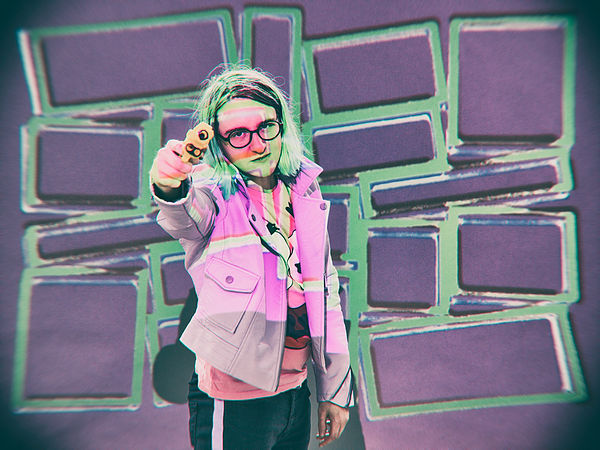 If the celestial angels took a night off from enchanting the skies with some spacey rock ‘n’ roll fuelled by earthbound fire and brimstone, the debut EP from Hypnosister would be the perfect centre piece of temptation. The six track offering craftily seduces as it boldly roars, enticingly caresses as it dramatically trespasses the senses. Simply put it is a real treat for ears and imagination

Hypnosister is the solo project of former Allusondrugs guitarist/songwriter Damian Hughes which the British artist unveiled mid-2017. Describing it as space pop, Hughes weaves an immediately individual and virulent sound inspired by the likes of My Bloody Valentine, Nirvana, and Neutral Milk Hotel. Early singles and live shows soon grabbed attention of fans and the likes of XFM’s John Kennedy, Punktastic and Upset Magazine; support and plaudits sure to be escalating through his first EP. 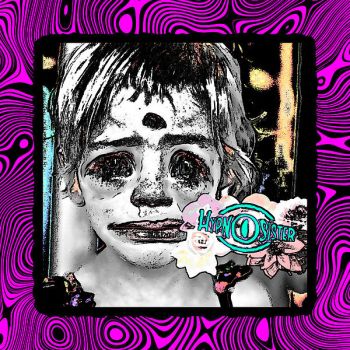 With no other hand but Hughes involved from writing and playing to recording and producing, the EP opens up with the truly irresistible Poorly Boy. The track rises up with drama and attractive tension in its tone, bringing its thick hues together to burst into an instantly rousing and infectious affair led by the potent voice of Hughes. Though under control, there is tempestuousness to the track which emerges in twists and an unpredictable enterprise that just gripped attention and a quickly forming appetite for the Hypnosister adventure. There is a touch of The Horrors to the song in certain moments too but merely one of the alluring hues in its individuality.

The following Bother emerges on cosmic currents, sauntering in on a slow but catchy swing as waves of infectiousness court its magnetic lures. Hughes’ guitar has something of Lester Square of The Monochrome Set to its character; hooks and melodies springing like tentacles upon the imagination within another gorgeous encounter before Breath injects an earthier presence to the EP’s spatial climate. A post punk lilt to the guitar is contrasted by Hughes’ harmonic but again slightly grainy vocals; the almost funereal gait of the song equally at complementary odds with the natural catchiness of the inescapable temptation.

Next up Ghost serenades ears with harmonic radiance but soon reveals its own wiry enterprise and muscular drama within the ethereal shimmer. Again creative tension just lifted track and the passions alike, giving an edge to its melodic seduction and spirit rousing roar while I’m Going To Die ventures into emotional shadows and dark hues without negating the organic contagiousness Hughes’ songs just seem to breed with ease. With a touch of sixties garage pop to its fuzzy glow and a bold brooding to its rhythmic enticement, the track brings yet another individual aspect to the EP and sound of Hypnosister.

The release concludes with new single Scribbles, a song with angst and psychosis to its emotions, words, and tone but unsurprisingly also has infectiousness which just gets under the skin with guile and a deceitful touch, manipulating and enslaving almost secretively by the second. Bookended with distorted carnival-esque intimation, the track is a mesmeric end to one ridiculously compelling encounter.