With their 2016 album Versus one of our favourite encounters in recent times, there is always certain anticipation here when the name Eureka California crops up. What that album maybe lacked in uniqueness it more than made up in imagination and individual enterprise. Now its successor Roadrunners has arrived to explore real originality in sound whilst accentuating the band’s instinctive rock ‘n’ roll clamour and rumble amidst fresh intricacy of invention.

Consisting of the vocal and jangling sonic rapacity of Jake Ward and the rhythmic manipulation of Marie A. Uhler, Eureka California has become one of rock’s keenly embraced propositions over the decade and a year since first emerging from Athens, Georgia. Across their three previous albums, the duo’s garage rock/pop has evolved with their craft and experiences. Last year saw the release of the Wigwam EP, a proposal which blended a new rawness with the punk like aggression of Versus. It also suggested a greater subtlety and technicality to their writing and sound which has now been given its head within Roadrunners. That raw edge of the EP is less pronounced but still an ear grabbing texture in the band’s new release. It all makes for a proposition which maybe took longer to take to, compared to its predecessor, as its layers were explored but emerged as Eureka California’s finest moment yet.

Fourteen songs rich, Roadrunners begins with MKUltra and instantly a cloud of inviting jangle surrounds ears as rhythms build their own potent tempting. Once hitting its calm but clamorous stride, the vocals of Ward erupt with matching appetite and dexterity to the sounds around them. Like a garage bred dissonance fuelled Beach Boys, the track dances in ears to give the release an immediate high point.

The following Perfect Grammar is similarly bred and woven but with a raw angst and air which sears the senses as it seduces them. Uhler’s beats inspire a simultaneous swing to the track which has feet dancing to its mix of the wild and composed before Threads steps forward to forge a new high within Roadrunners. From its opening hook to its swiftly advancing rhythmic flirtation, the track had us licking lips and keenly bouncing. There is a great seventies DIY indie punk lining to the track recalling the likes of Television Personalities and ‘O’ Level, which surrounds an indie pop holler forged with hooks and beats which with its portentous heart just infested instincts and imagination. 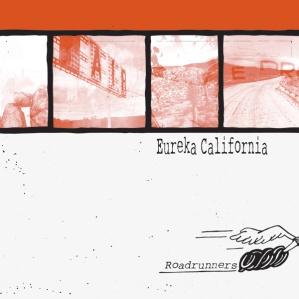 It is followed by the calmer melodic seducing of Time After Time After Time After Time. It too has an immediate and organic infectiousness which worms into the psyche before its more feral side rises up in tenacious rock ‘n roll. There is a hint of The Monochrome Set to the song at times as it matches its predecessor’s triumph, both in turn equalled by the rousing antics and rhythmic dynamics of Over It. The trio all vie for best track honours, together providing the album’s pinnacle point.

I Can’t Look In Yr Direction is next, its sonic angst matched in lyrical reflection as its mellower contemplative complaints flare up amidst searing aural flames while Howard Hughes at the Sands is an acoustic saunter with caustic eruptions. Both tracks intrigued as they captivated, neither quite emulating the glory of those before but only adding to the album’s thick lure; bait only accentuated by the short but rich rock ‘n’ roll of following instrumental Buffalo Bills 1990 – 1993.

Through the excellent post punk wired JJT and the unpredictable poppier escapade of SWDs, Eureka California continue to unfold the new invention in their writing and music. The latter is a glorious slice of hook woven pop ‘n’ roll with a Pixies tint while next up Gila Monster just seduces attention second by second from its initial guitar scratching to its summery discord. Its swing and jangle is like hay fever, persistently nagging away but in contrast only pleasurable before in turn Telephone Tone shares its own infectious warm canter with zeal lined calm.

Concluding with the masterfully flirtatious and simultaneously fiery How Long Has This Been Going On? and the Frank Black meets Pere Ubu flavoured Mexican Coke, the continuously appetising Roadrunners swarms ears with its sound and imagination. It is easily the band’s most inventive and individual proposition to date and in turn their most compelling and enjoyable; simply one of the must check out highlights of 2018.

Roadrunners is out now digitally and on CD and Ltd Edition vinyl via Happy Happy Birthday to Me Records (HHBTM); available @https://eurekacalifornia.bandcamp.com/album/roadrunners and @ http://hhbtm.com/item.php?item_id=652