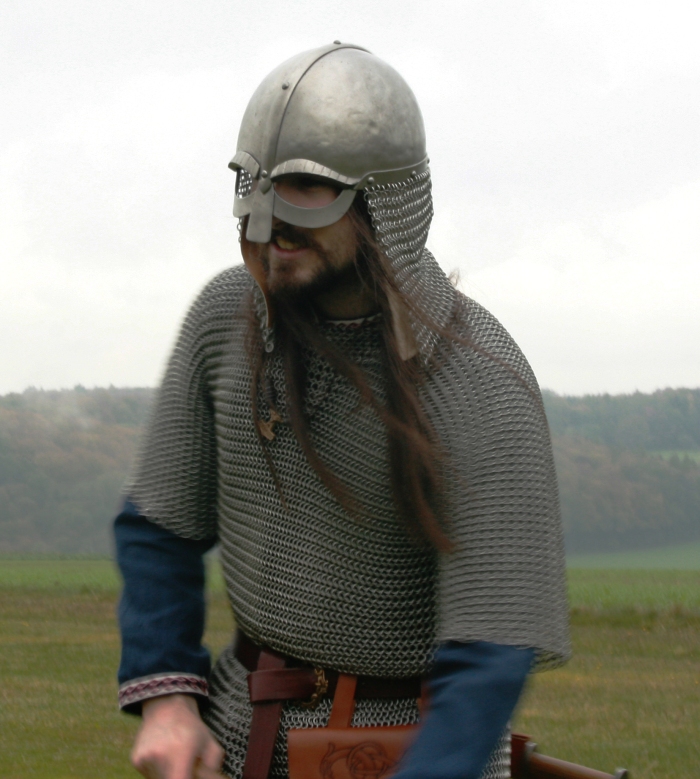 Urgewalt is the third album from Nebelhorn but for us the first time we have come across the one man project from Germany. This may be the situation for a great many, fans and bands alike, as it gets harder for independent projects to encroach upon broader attention though in this case but such the accomplished and potent exploits of the release, Nebelhorn may have broken those restraints.

Nebelhorn is the creation of multi-instrumentalist Wieland; an idea emerging in 2002. Fusing black and Viking metal in sound and atmosphere, he has subsequently released two albums in Gen Helwegs Grund (2005) and Fiordland Sagas (2007) since making his debut with the Utgard EP in2004. Released on his own Skoll Records, every seed and touch of Urgewalt is Wieland alone and a striking piece of writing, imagination, and sonic adventure it proved to be. 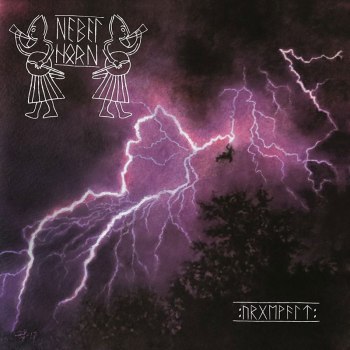 The opening instrumental welcome of the excellent Auf Bifrösts Rücken rises up with drama and suggestion, its orchestral walls cinematic in their intimation as rhythms build solid foundations to the epic feel of the surroundings. Yet there is a melodic intimacy which equally tempts the imagination before the album’s title track with the same kind of majesty emerges. Swiftly dark tides and imposing rumblings surge as the track erupts into a rousing incitement of threat and seduction. Wieland’s vocals, raw and melodic, alone spark keen attention, their lure matched by the tidal currents and drama of the sounds. Singing in his home language the tale of the song and its companions evaded recognition but there was no escaping the Nordic and dramatic clues to the mercurial and ever darkening escapade.

As the first, the track was rich captivation with its tempestuous nature sparking the dark storm of next up Ägirs Zorn. Prowling the senses from its first breath, the track is a warlike trespass, barbarian-esque in its threat with dirtier hues in its touch though they are tempered by the siren like sighs of keys. If not quite matching the potency of its predecessors, the song is relentlessly compelling as too the predatory assault of Wilde Jagd. Its initial battlefield hunts down ears and imagination, following it up with a ravenous onslaught of sound and sonic animosity. As with all tracks though, there is a grace which courts the despoiling, keys at its heart.

Wieland’s instrumental prowess is an open attraction throughout the album especially through the inventive antics of the guitar and his imagination a rich draw as emphasized by the following Muspellheim. An invasion of sound and dark emotions, the track is simultaneously tempting and distressing, keys haunting its bedlam as vocals steer the rapacious insurgency.

A calmer air embraces Auf neue Lande, it’s exploring of new land and hope breeding melodic endeavour in the wake of the previous track’s ruinous intent. It was another which took longer to spark the appetite compared to those before yet with its melodic touch and emotive canvas, the song only firmly enticed while Funkenflug similarly gripped attention without inflaming the same intensity of reaction. Yet it too cast a wealth of craft and adventure so easy to be caught up in.

The closing Freyhall is another instrumental magnet for ears and imagination; both devouring its touch and suggestion as various flavours collude with its blackened Viking breath.  A final quest for enjoyment and thoughts to feed upon, it is a fine close to an impressive release which enticed and pleasured straight away and only further blossomed with time. There are no guarantees of success and recognition, even awareness, in an overcrowded musical market place but if there is one release you might place a bet on finding that success, Urgewalt is it.