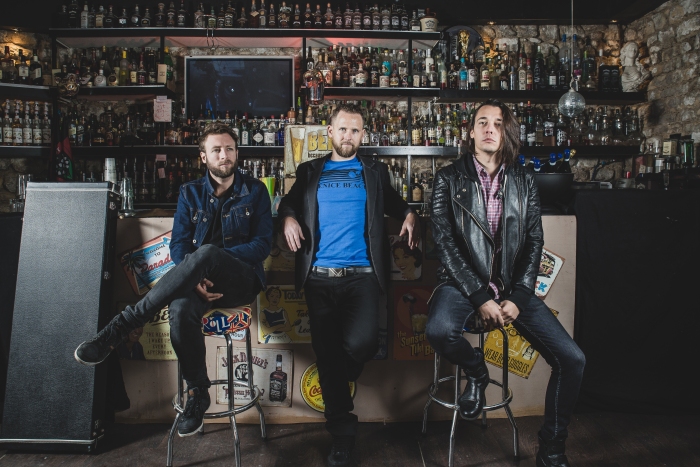 As a rule we never finalise any opinion on a release until multiple plays have passed by. It is something we learnt with the first System Of A Down album, not being taken by it on the first listen but returning to it weeks after and with increasing rigour it became one of our all-time favourite encounters. The debut album from French trio Perfect Line was a similar proposition; not that we did not enjoy its offerings on first listen but it was through numerous outings and the nagging quality and imagination the songs within Seeds revealed that it really grabbed our attention.

Paris hailing Perfect Line pretty much began in 2011 with the creative union of lead vocalist/bassist Thomas d’Arbigny and guitarist/vocalist Paul Pavillon. Inspired by an array of styles, many nineties bred, the duo’s alternative rock is a multi-flavoured proposition which commands attention. 2012 saw drummer Julien Audigier brought into the line-up and the release of a self-titled debut EP. Gaetan Allard replaced Audiger soon after and the current line-up was in place, a trio now knocking on bigger doors with Seeds.

The album opens with Everything; a slice of melodic rock with a grunge lining which coaxes and lures ears rather than grabs but soon has them attentive with its infectious exploits and accomplished air. It never makes any demands but from rhythms and enterprise to energy and aggression only entices and increasingly so as its adventurous body twists and turns. In many ways it plays like an old friend, familiar essences at play but has a freshness which urges another listen and another, much as the album.

The following Wywd opens with rhythmic bait and sonic teasing which just gets under the skin, it a prelude to a rapacious wave of inventive sound. It is a superb start which is followed by a bit of an anti-climax as the song then slips into a mellow caress though it is soon bubbling with suggestion and unpredictability which surges in varying states of eagerness. The song is a fascinating proposition; one which for personal tastes maybe promises more than it delivers yet never has a moment when you are looking for something else to explore. 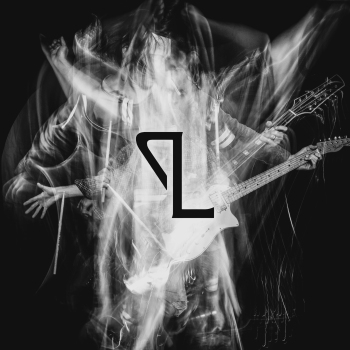 Be My Guest follows, a great dark grumble courting its croon before it roars with gusto and power, d’Arbigny’s fine vocals to the fore. His bass is a pulsating throb in its midst, the biting beats of Allard swinging with relish as Pavillon’s guitar weaves a melodic and sonic tapestry, the track as much a seduction as a trespass. With a rousing blues rock lining, the song is a tenacious pleasure quickly matched in enjoyment by the contagious shuffle of Red Coach. Its gentle emotive beginning does not give a clue to the energetic dance to follow, alternative and grunge tinged rock colouring its subsequent magnetic rock ‘n’ roll. Feet and hips were soon involved once it did hit its stride, the song one of many casting persistently nagging hooks.

The imagination within the band’s songs is a rich essence to the album, Free epitomising the quality with its melancholic yet seductive strings provided by Arnaud Affolter and a tapestry of sounds and ideas which all give expectations a wide berth. Again Perfect Line entangle many styles in their aural weave and once more has attention firmly enticed as the track smoulders, saunters ,and erupts.

Through the adventurous almost loco web of Bad Boy, a song with a great Alice In Chains hue to it and the emotive balladry of Afraid the album accentuates its growing persuasion with the first of the two especially compelling though its successor has a firm grip too with its drama and emotional volatility. Even so they are still eclipsed by the virulent rock ‘n’ roll of Get Out, the track further evidence that Seeds was blossoming and getting better song by song for these ears. The track is another which seemed familiar in some way but it only added to its rousing holler and catchy prowess on the way to becoming our favourite song.

The animated escapade of Tired quickly gave it a run for its money though, the track a fusion of brooding mischief and melodic temptation around rhythms which just land with glee. It is fair to say that a grunge scent is never far away from a Perfect Line song, this embracing a Stone Temple Pilots meets Alice In Chains spicing in its increasingly hypnotic stroll.

Seeds is not an album of two halves but for us its latter tracks really hit the spot and with increasing persuasion, Space Race proof with its glorious stomp of infection loaded rock ‘n’ roll. Remember that favourite song moment, as this track plays in the background of tapping keys we might have a change of mind or at the very least a major rival. The track is glorious, a roar to ignite any day with its Foo Fighters-esque blaze.

Slow Down and At Last complete the album, the first another slice of magnetism with a joyful swagger and emotive flames around a devilish core of hooks and lures while the second is a fire of sound rising and simmering along a deviously alluring length.

Seeds might very well grab ears with a firm hand from its first listen but given time it really will take off making it a release which is very difficult to leave it alone, something we can certainly testify to.

Seeds is out now; available @ https://dooweet.bandcamp.com/album/seeds