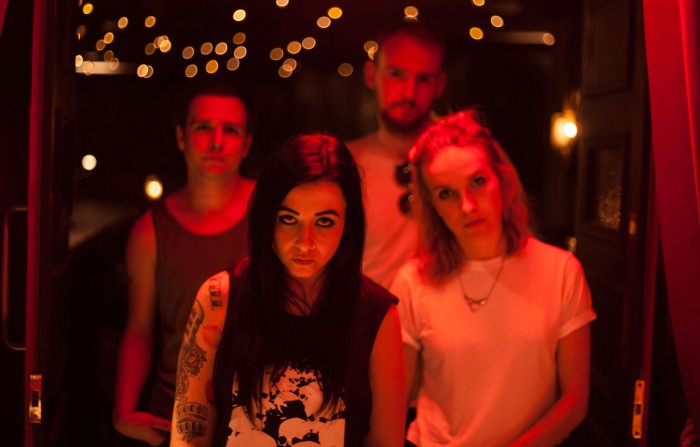 How to describe the new EP from UK garage punks Pretty Pistol; well feral certainly fits, sonically clamorous and tenacious too but suiting it most is simply that Welcome to the Dead Club is rather damn good. Offering four virulent slices of punk fuelled noise, the release is another of the year’s special moments so far more than worth a few minutes of your time.

Formed five years after the initial chance meeting in 2010 at a Hole gig by vocalist Laura Le Rox and drummer Emma Waller, Pretty Pistol’s line-up is completed by guitarists Rich Cooper and Billy Larsen. Described as “Sitting somewhere between Gallows, Be Your Own Pet, Milk Teeth and The Kills”, a pretty suitable intimation, the South London quartet has made a potent mark on the capital’s live scene, sharing stages with the likes of Penetration, KidBrother, Drones, and Crazytown. Recorded with producer John Mitchell (Architects, Enter Shikari, You Me At Six), Welcome to the Dead Club is their inescapable jab at bigger attention, a raucous swipe not easy to see being ignored. 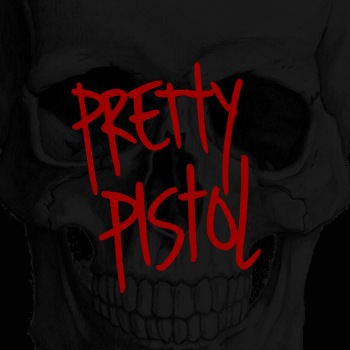 As opener Cry Wolf explodes on the senses, instantly there is no escaping the rapacious presence of band and song, and indeed the magnetic tones of Le Rox. Her attack is as urgent as the sounds around her with a hint of ‘desperation’ to its lilt though really it is just an earnest bred eagerness to stir things up, again just as the individual garage punk sound Pretty Pistol unleash. Riffs and rhythms collude in devious persuasion, getting under the skin as forcibly as the flying hooks and that glorious verbal trespass. There is a touch of Asylums to the track too which only adds to its virulently striking presence and to be honest if the goodness stopped right there we would still be urging attention the EPs way.

It is not an alone treat though as the following Drive Me To The Dogs quickly reveals. The gnarly stride of bass makes an immediate lure, post punk spun tendrils a swift second as the track infests ears. Its melodic and catchy chorus tempers the trespass a touch but only backing up its infectiousness before the cycle enticingly repeats. Waller’s beats land with purpose and anthemic prowess as the guitars entangle ears with sonic toxicity while Le Rox backed by one of the guys, is an insurgent siren you are not sure whether to embrace or fear.

Another appetising bassline lures Hurricane into view; its bait immediately followed by an ear worm of a hook and in turn a blast of voice and attitude. For no obvious reason but strongly we were reminded of Red Tape as the track continues to blossom in enterprise and temptation every twist and turn making a keener captivation in another rousing if too short a gem within the EP.

Living up to the band’s name, Welcome to the Dead Club is a threat lined, danger fuelled beauty and Pretty Pistol a band we expect to make a continuing if not major impact on the British punk, indeed rock scene.

Welcome to the Dead Club is out now through SaySomething Records @ https://www.prettypistol.co.uk/store/welcome-dead-club-cd