Home › Music › EP › Basement Critters – Hurt Me With The Truth

Basement Critters – Hurt Me With The Truth

Currently working on their debut album, Belgian metallers Basement Critters recently signed a worldwide distribution deal with Wormholedeath for their first official EP, Hurt Me With The Truth. It has given their highly praised offering, originally released in 2016, a broader voice, an invitation to a host of new ears and a sure to be fresh wealth of anticipation for that first full-length.

Thrash metal bred but coming with a richer variety of flavours, the Basement Critters’ sound is a mix of crossover adventure and thrash ferocity emerging as a beast akin to a fusion of Stuck Mojo and Testament. It is familiar yet pleasingly individual and unafraid to embrace any spicing which takes the West-Vlaanderen hailing band’s imagination. It makes for a rousing roar as evidenced within Hurt Me With The Truth, an encounter deserving of a fuller landscape to tempt. 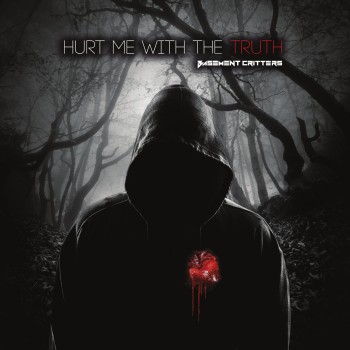 The EP opens up with Brain Bleach and instantly prowls the listener with predacious riffs and rhythms. Guitarists Sven Caes and Glenn Labie wind their bait and emerging grooves around ears as drummer Frederik Vanwijmelbeke pounds with controlled but voracious intent. In the midst of the sizing up vocalist Thomas Marijsse brings a raw agitation which in turn is courted by the heavy grumble of Frederik Declercq’s bass. The song continues to stalk and tenderise the senses, going up a gear or two but never going for the jugular. Instead it springs a virulent groove which had the body bouncing as a swift appetite for the band’s sound erupted. That cycle repeats with greater tenacity and intensity, the track making for a tremendous start with a vocal self-diagnosis adding to its instinctive contagion.

The following Storm similarly circles its target, guitars driving its intentions before inciting a voracious assault. Again the band twists and turns in its attack, urgency varying with unpredictable adventure as the song’s ferociousness ever deviates. The vocals of Marijsse epitomise that adventure, fluidly moving through a variation of dexterity in tandem with the sounds before Nature Strikes Back raids the senses with a more expected thrash offense but one lined with irresistible hooks and anthemic tendencies. The track is superb, a galvanic incitement mixing up the old and new with fresh boisterousness and craft. Declercq’s bass unleashes a delicious rabid growl throughout the EP, though sometimes seems a touch hidden by the exploits around him, and is in full rumbling voice here as it prowls the blaze of the guitars.

Hurt Me With The Truth concludes with the pair of Book and 39:16. The first saunters through ears with an almost doom laden gait, vocals reflecting their emotional tone and defiance within the song’s own thick voracity and predatory nature while its successor is thrash savagery and heavy metal flirtation rolled up in a multi-flavoured nagging of ears and spirit. It also slips into tantalising calm as the progressive instincts of the guitars conjure, rhythms rumbling alongside before sparking a further anthemic arousal.

It is a fine end to a release which we are so glad has been given a new chance to introduce the thrash adventure of Basement Critters. Like those things in the dark corners of the lowest depths, the band’s sound lurks and prowls, often teasing before lashing out with a delicious feral bite.

The Hurt Me With The Truth EP is out on all digital stores via Wormholedeath / The Orchard.