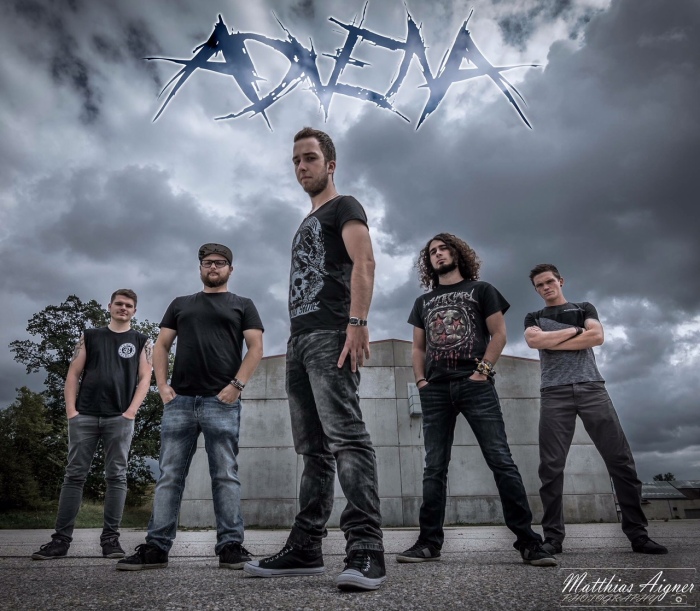 While the band set about writing their second album, a look at the debut full length from German metallers AdvenA does not go amiss, especially if like us you missed it upon its release a while back. Offering eleven slabs of progressive death metal with a craft and imagination unafraid to add other styles and flavours, Realität is a potent introduction to the Bad Griesbach in Bavaria hailing quintet. It is not overtly unique but has certain moments of real invention which made it stand out and an inescapable potential which made anticipation of its successor almost inevitable.

Formed in 2012 by Chris Kolias and Florian Havemann, the band’s initial instincts and sound was metalcore based but has evolved to embrace the progressive and more intensively weighted extreme metal textures as evidenced by Realität. With a line-up of vocalist Daniel Esterbauer, bassist Florian Gumpoldsberger, and drummer Dennis Stirner alongside guitarists Dominik Jagenteufel and Kolias, AdvenA nudged strong attention with the release of their first album, and is still doing so as we can attest to.

The album opens with its title track, wintery winds bringing in the scenic lures and stormy breath of Realität which soon entices the melodic coaxing of keys before fiercer more imposing textures descend with Esterbauer throat gravelled tones leading the way. In no time, the progressive imagination of the band is steering the roar, guitars weaving a tempting web as rhythms entice and pounce. It is a fascinating beginning which is as seductive as it is barbarous, unpredictability lending a weighty lure to the track’s  often familiar but boldly fresh textures,

The following Herztod immediately aligns melodic intrigue and suggestion with irritable intensity, guitars casting a magnetic drape around the bestial toned vocals as the song rises to its creative feet. Lyrically song and release has a conceptual theme but with each track sung in the band’s home language we cannot share their individual focus, yet it matters little as the sounds paint a potent enough tale as this and the following Lass es regnen! prove with their individual adventures. Whereas the first has a smouldering soundscape for the main, its successor has a far more volatile climate but one boiling with thrash nurtured intent around clean vocals, presumably provided by Jagenteufel, as well as Esterbauer’s enjoyably abrasive snarls. 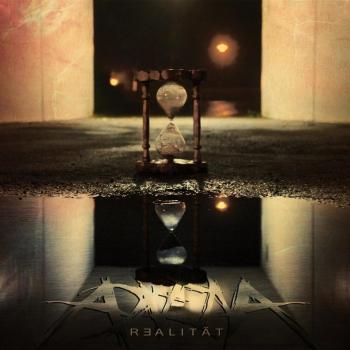 Best track honours are seized by Splitter next, the rhythmic entrapment of Gumpoldsberger and Stirner inescapable from its opening strains and only intensified by the rolling attacks and belligerent grumble of drums and bass thereon in. Spice loaded grooves and a general rock ‘n’ roll swing only add to the track’s might with only the clean vocals for some reason and for once not quite connecting. Nevertheless it is a storming encounter which alone could have sparked an appetite for the band’s sound but is more than backed by the likes of Aurora and Phoenix. The first is an atmospheric tempting with alluringly portentous shadows around a rhythmic resonance, a union beguiling ears and imagination before its dark side rises up in invasive riffs and sonic trespass. That also brings a melodic and electronic enterprise which suggestive mystique setting up the adventurous rock ‘n’ roll of the second with the added attraction of female vocals and melody encased endeavours.

Am siebten Tag unleashes a blistering charge next, thrash and death instincts driving its cantankerous rock ‘n’ roll to mark another highlight within Realität before FFA matches its hellacious dexterity with its own senses withering, appetite stoking assault. Heavy metal tendrils vine the imposing roar, enticingly uniting with atmospheric winds and progressive intricacies; a stylish weave then emulated in its own individual way by Der Wille, electronic imagination lining and occasionally nurturing new twists in its design.

The album closes up with the two instrumentals in firstly the thought rousing, body firing rock ‘n’ roll of Alles was glänzt and lastly the melody rich and suggestive Wasser zu Wein. It too is a contender for best song, keys and guitars casting a beguiling tapestry of intimation and beauty with an underbelly of darker intent and volatility. Both tracks hit the spot whilst highlighting the music and creative prowess of AdvenA and though we might have questioned the success of having two instrumentals closing things up it works a treat.

Realität made a potent ear pleasing proposition from the first listen but it is an album which grows and impresses further by the listen. Ahead of its successor, it makes a timely gateway into the AdvenA sound for newcomers and a highly enjoyable reminder of their strengths and potential for all.