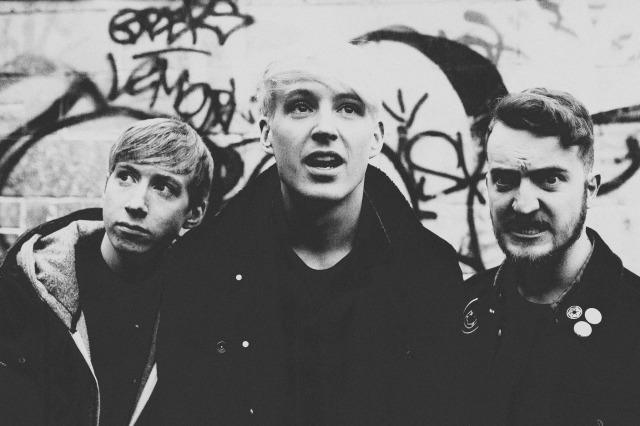 Just under a year ago, British punks Valensole sparked intrigue and pleasure with their debut EP, Where We Should Be. It was a potential loaded, ear grabbing introduction to the Southampton trio suggesting a band with all the right attributes and imagination to make potent strides within the UK rock scene. Now that suggestion has been reinforced and given greater strength by Make Pace, a second EP of raw and rousing punk ‘n’ roll very easy to devour. 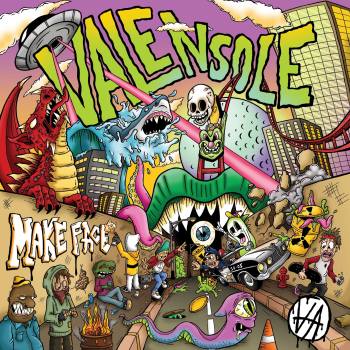 With Kurt Philips providing drums throughout, the EP kicks off with Giving Up, its jumbled start instantly spawning a tasty guitar hook which soon leads into a tenacious stroll through ears. Simultaneously a new richer flavouring to the band’s punk sound begins tempting, the track merging its raw traits with infectious enterprise as it increasingly stomps around. Dave’s bass has a gorgeous dark steely tone, Elliot’s vocals matching its lure in earnest attitude as his and Nick’s guitars throw their sonic wares around. As with the first EP, we found flavouring more akin to the likes of Psychedelic Furs and The Vibrators than those earlier mentioned influences but more so the band’s own voice in sound and invention emerges this time around.

The potent start is soon matched by the following M.A.D, the track immediately getting under the skin with its opening spicy hook. Both guitars tease and tempt, uniting in a fiery lure backed by the stirring swings of drums and the grumbling stroll of the bass. There is a great vintage punk lining to the Valensole sound, one especially vocal in the rousing antics of the second song even as it slips into calmer, provocative waters. It all erupts again for a tenacious finale as physically bracing as it is catchy before So Bored moves in with its ear nagging endeavour. Carrying a whiff of Buzzcocks to its melodically scored trespass of a hook, the track soon revels in its caustic rock ‘n’ roll breeding but as its predecessor is a proposition which is unafraid to explore unpredictable twists and turns before lighting its riotous touch paper once again.

The EP ends with Don’t Let Go, a song again drawing those Richard Butler and co references while uncaging its own individuality. Equally there is a garage punk meets Generation X scent to the song, a thickly flavoursome hue adding to the unrelenting pleasure the track and indeed Make Pace overall sparks.

Valensole’s sound is on a journey, one still evolving and growing. The band’s first EP hinted at its promise, the second reveals new depth and adventure to add to that potential. When it will all come to full maturity time will tell but the ride on the way is undoubtedly going to be great fun with the anticipation of many more easily devoured treats like Make Pace.