Like the band’s name, the sound of US rockers The Outfit borders on the unassuming while embracing an array of familiar flavours. Yet, with its devious hooks and rousing dynamics, it equally reveals itself as one bold, tenacious, and stirring affair; traits all going towards making the Chicago band’s self-titled debut album one thickly enjoyable slab of rousing rock ‘n’ roll. It is a great contradiction which it has to be said hits the spot from track one to song nine, a stirring proposition declaring The Outfit ready to welcome world attention.

Consisting of musicians who have plenty of well-earned experiences, The Outfit was formed in 2016 by brothers Mark (drums) and Matt Nawara (guitar), Mike Gorman (bass) once of  Pezband and Off Broadway, and Andy Mitchell (vocals/guitar) who lists the likes of Dish, Verona, and 9 Volt on his CV. Their first album is a major nudge on widespread spotlights, the band looking to build on their reputation and success in their home city’s rock scene and it is not hard to expect it to stir up such widespread reactions.

As its opener coaxes ears, riffs and rhythms instantly collude in a feisty lure, spicy grooves emerging from their bait with the excellent vocals of Mitchell. Wire just as rapidly shares recognisable hues, hints of bands such as Seether, Breaking Benjamin, and Saliva adding to its own stylish enterprise. Inescapably infectious and increasingly addictive, the track gets the album off to a strikingly potent start which continues with Lucky One. It too grabs ears with real eagerness, richly enticing vocals and lively hooks joining the joyous stroll of the rhythms. In little time the song had the body bouncing and vocal chords boisterous as an electronic undercurrent and band harmonies got the imagination crowing. As with the first and many other tracks, there are no real surprises yet the song is insistently fresh and rousing. 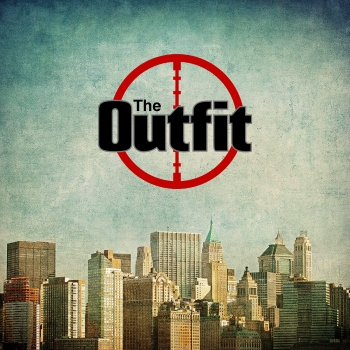 A calmer air is brought by TKO, its Three Days Grace meets Chevelle breath and emotive heart nothing less than captivating while latest single, Soldier Boy, whips up an earnest rock ‘n’ roll saunter with energy in its spirit and vitality in its craft. Vibrant melodies unite with warm harmonies, flying beats with an earthy bass rumble, all bursting through ears alongside creative resourcefulness which is as anthemic as it is intimate.

A definite Sick Puppies hue colours next up Unfolds, the track an irresistible bold croon with power in its touch and heart in its call, all capped by one delicious hook within another enslaving chorus. It is the album’s pinnacle though closely rivalled throughout the album and especially by the rock pop romp of Just as One and the melancholically graced imposing balladry of Miracle, a track also showing essences of the aforementioned Australian rockers to fine effect.

No Lights On with a similar colour creates a web of steely lures soon after, guitars and vocals leading the song’s dexterous way driven by the lithe swings of drum sticks and the brooding amble of the bass. Nagging ears and imagination second by second with moments of further fevered harrying, the song is superb, another highlight setting up the raucous rock ’n’ roll finale of Hot Love. A slice of hard rock with classic instincts, it is a riotous charge of contagion bringing one spirit sparking release to a fitting and fine conclusion.

As suggested earlier, The Outfit in sound and album are not breaking out into brand new pastures but we suggest you will find few better bursts of virulent and exhilarating rock ‘n’ roll this year.

The Outfit album is out now through Pavement Entertainment on iTunes and other stores.