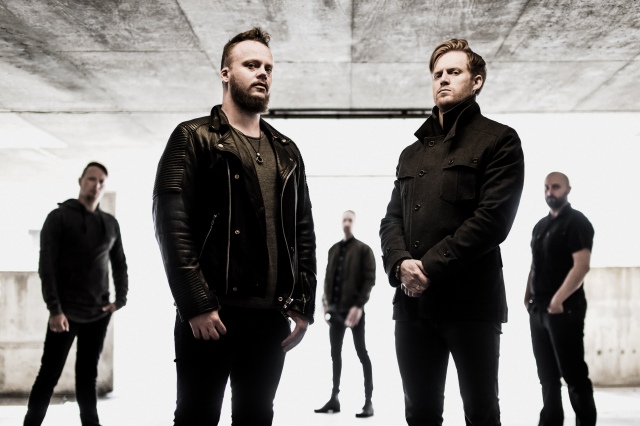 Just a handful of weeks short of five years back, Norwegian metallers In Vain released the ear gripping Ænigma. It was a release which brought and honed all the potential and impressive attributes of its two predecessors to one seriously striking head. That triumphant encounter has now been swept away in the creative eddy of the band’s fourth album Currents, a proposal which lustily roars In Vain as being one of metal’s finest and most exciting propositions.

Since emerging in 2003, In Vain has grown within and persistently ascended the European metal scene with their adventurously imaginative progressive extreme metal. Their 2007 debut album, The Latter Rain, swiftly stirred keen attention and critical praise, and a reputation for craft and sound which the more variable Mantra nevertheless only reinforced.  The Jens Bogren (Opeth, Dimmu Borgir, Katatonia, Devin Townsend, Kreator) produced Ænigma simply sparked the imagination as it built upon and pushed the traits of those before. It all pales though before the majesty of Currents, a release which surprises at every twist and enthrals at every turn. Intricately woven yet as organic as the passion which drives it, Ænigma not only takes the In Vain sound to a whole new level, it brings progressive metal a fresh landscape shaping breath.

Seeing Bogren united with the band once again, Currents contemplates “the colossal shifts and changes of our time” looking at the currents behind major events and changes across the modern world from “Migration of people across continents and borders, cultures merging and the dramatic shifts in lifestyle from one generation to the next.” It also features guest appearances from the likes of drummer Baard Kolstad (Leprous, Borknagar), vocalist and former band member Kristian Wikstøl (From Strength to Strength), and vocalist Matthew Kiichi Heafy (Trivium) among various more.

Currents opens with Seekers of the Truth and immediately entwines ears in steely vines of guitar as beats bite. Andreas Frigstad’s raw throated vocals soon prowl the engaging lure, rhythms and melodies colluding in a web of threat and intrigue around him with the song’s climate imposingly bracing but equally infectious  as the guitars of Johnar Håland and Kjetil Domaas Petersen almost dance on the ear. The progressive nature of the band’s sound subsequently infuses the track’s aggressive intent, varied strains of extreme metal merging with melodic enterprise for a captivating trespass.

Even so it’s potent and ear grabbing entrance into the album is soon eclipsed by next up Soul Adventurer. Within its first breath as keys rise, grooves are writhing around the imagination, their earnest exploits matched by the superb clean vocals of keyboardist Sindre Nedland. It is instantly compelling, increasingly so as the song gets right under the skin with resourceful harmonies and rolling rhythms only adding to the richness as the guitars spin a web of creative temptation. It is the superb vocal blend across the band though which brings it all together for easily one of the best tracks ever spawned by the imagination of In Vain.

That is a height though regularly equalled from hereon in staring with Blood We Shed, the track a wall of predacious intent and tone led by Frigstad’s vocal threat. Riffs and grooves soon collude in their own menacing enterprise, the bass of Alexander Bøe a thick grumbling incitement but from within their dark nature a ripple of melodic suggestion becomes a heated, harmonic serenade. There is plenty more going on too as keys and voices take the stage before falling under the incoming rumble of those earlier imposing textures, an array of imaginative moments which seem to reveal more with every listen.

Currents comes in two editions, the Special Edition offering two additional tracks with And Quiet Flows the Scheldt the first. Like a developing landscape, the song grows by the second as vocals and guitars shape an atmospheric flight through suggestive sonic scenery. The track does not have the snap of its predecessor but infuses a drama which draws the imagination right into its heart, vocals again as stirring as the music with the flames of sax a captivating heat in its evocative climate.

The funkier tapestry of Origin and the inviting mystery of En Forgangen Tid (Times of Yore Pt. II) bring their own enthralling reflections to ears and thoughts next, the first a robust yet considerate confrontation masterfully blending contrasts in power, aggression, and tone not forgetting flavours. This is an ability In Vain have never been lacking but as so many other things it has breached a new pinnacle within Currents as the second of the two confirms. Sung in the band’s native tongue, the song is glorious. In no time melodies vein a portentous air, dark and light wrapping round each other as a kaleidoscope of vocal and atmospheric intimation entices from within the magnetically tempestuous vortex.

Ghost Path is the second song found only on the larger edition of the album, the track sharing its own mysterious shadow haunted realm. The imagination is taking on a stroll through an underworld of fear, despair, and increasing creative ill-intent which comes to a head in a rhythmically driven, rapaciously fuelled predation of sound and intensity. The song is pure creative theatre, and reason alone to go grab the bigger version of the album as you really do not want to miss out.

The album concludes with firstly the similarly enthralling infestation of As the Black Horde Storms. Its blackened assault has a folkish tinge to its melodic undercurrent, death bred traits soon as prevalent as the track consumes the senses and begins spinning another web of striking imagination and sound where, as throughout the release, every moment brings surprise and invention to absorb and impress. Its successor, Standing on the Ground of Mammoths, smothers ears with its dark air and slightly corrosive texture whilst again gripping attention with is aural enticement and vocal dexterity. More a song with its creative tenacity and enterprise understated compared with other tracks within Currents; every dive into it brings them closer to the surface though its slip in a thoughtful melodic seduction mid-way is a beguiling caress from the first moment.

It provides an end to an album which simply excites from start to finish. Setting a new marker for not only the band but extreme progressive metal, In Vain has become one of the most fascinating and enjoyable propositions within world metal.

Currents is available now through Indie Recordings digitally and as a normal and special edition on CD and Vinyl. 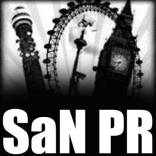